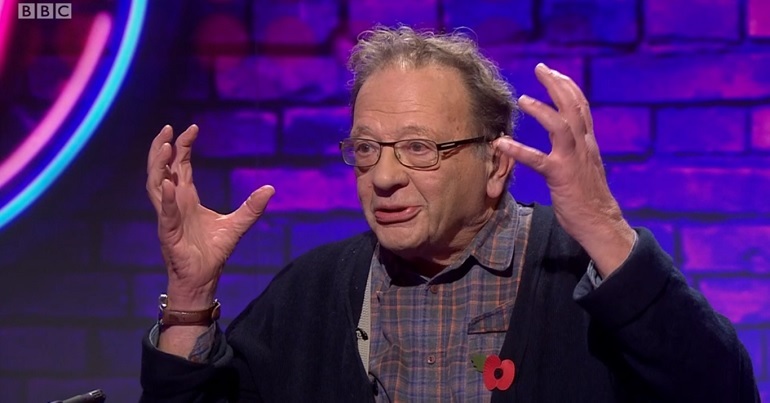 On 6 November, Americans will go to the polls in the country’s mid-term elections. They’ll be voting for members of the US House of Representatives and the Senate.

With this in mind, the BBC invited Larry Sanders – Bernie Sanders’ brother and Green Party of England and Wales politician – to discuss the elections on late night political show This Week. And he had a surprise in store for its viewers, because he tore apart centrist politics in the US.

Why are the democrats struggling?

In a powerful video on the show, Sanders explained the context behind the US elections:

He then posed a crucial question for the US Democratic Party in the run-up to the elections:

Why are the Democrats struggling, when the Republicans are led by a liar and a racist – one of the most unpopular presidents in the history of the country? Why are so many working-class white people voting for a party [the Republicans] which is so fully committed to the welfare of the very rich?

The problem with ‘centrism’

Sanders’ answer to that question was clear: the Democrats are struggling due to their attachment to ‘centrism’. He summed that up by saying:

Part of the explanation is long domination of the Democratic Party by its right wing – the famous ‘New Democrats’ of Bill Clinton.

[Bernie Sanders’] policies are proven to be very popular in the polls. Policies like free healthcare, free higher education, like doubling the minimum wage. Yet despite the popularity of these policies, many Democrats fudge or oppose them.

He went on to show how this isn’t unique to the US. In fact, ‘centrist’ political projects are collapsing across the world:

The Democrats’ loss of working-class voters to right-wing parties is not unique to the United States. Across the whole of the West, social-democratic parties have collapsed. They have collapsed for the same reason. They have spent the last 40 years satisfying the needs of the rich at the expense of the majority.

“What they do for the people of the country is crap”

Responding to Michael Portillo, who claimed the Democrats would be better off occupying the political centre ground, Sanders said:

We have had, the statistics are 100% clear, 40 years of constant shift of wealth and income from the majority of the population to the very rich. That’s the result of this kind of stuff. People do win elections. They get good jobs. But what they do for the people of the country is crap.

He then showed just how skewed perceptions of politics have become:

Why is it that we end up with a society [in] which those things seem to be so radical?

And he had strong words for centrist politicians too:

I think it’s the failure of the so-called left, which has gotten into the system, and plays all sorts of games of explanations as to why the things that people need can’t be done.

The slow death of social-democratic ‘centrism’

Throughout the programme, Sanders touches on a really important point. ‘Centrism’ in social-democratic parties across the world is in retreat.

In Germany, the SPD is now in fourth place according to the latest opinion poll, well behind the more left-wing Green Party. In the 2017 presidential election, France’s Socialist Party was all but wiped out as Jean-Luc Melenchon picked up votes from its left. Earlier, in Greece, the social-democratic party PASOK was eclipsed by the more radical SYRIZA.

The fate of these social-democratic parties is in stark contrast to that of the UK Labour Party, whose members have rejected centrism. It is now the largest political party in western Europe, and starved the Conservatives of a majority in the last general election.

This international context is what makes Sanders’ intervention on the US political landscape so important. Because if the Democrats continue to adopt a ‘centrist’ approach to politics, they could face a similar fate to their stumbling European counterparts.