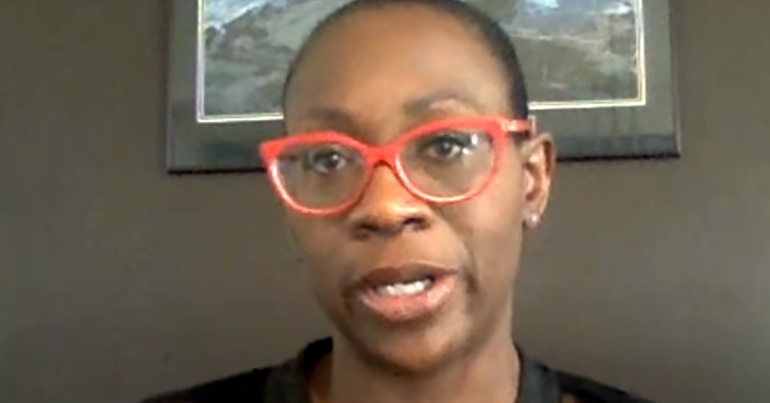 In February, a 25-year-old African-American civilian was murdered by two white men. Ahmaud Arbery was jogging and was unarmed. But it took last week‘s release of a video of the murder for the two culprits to be charged.

One expert on African-American history had a particularly damning take on Arbery’s murder, suggesting it showed ‘something wrong in the soul of the US’.

Some have called the murder a “modern-day lynching”. Arbery’s father, for example, referred to the two suspects as a “lynch mob”. The BBC, meanwhile, says the family’s lawyer believes the delay in charging one of the suspects was due to him having been a “police officer and a detective for the local district attorney for more than 30 years”.

As ABC News has reported, Arbery’s murder has echoes of a period in US history “when extrajudicial killings of black people, almost exclusively at the hands of white male vigilantes, inflicted racial terror on African Americans. It frequently happened with law enforcement complicity or feigned ignorance.” And Nina Turner, a former co-chair of the 2020 Bernie Sanders presidential campaign and professor of African-American history, stressed this point, saying:

They hunted him down. … This is not the first time that this has happened to an African American. This country has a long, distorted, dangerous history of treating African Americans – and particularly African American men – as somehow they are born ‘criminal’, and that their lives – our lives – don’t matter as much.

Turner continued by insisting that such treatment is “something that the Black community has faced for generations, and it really hasn’t gotten better in the 21st century”.

‘Something wrong in the soul of this country’

Turner also spoke about how Arbery’s alleged killers claimed they “thought he was a suspect” in a number of burglaries – something for which there seems to be no proof, saying:

That is the excuse that a whole bunch of white racists use – that Black people are ‘suspect’. Our very existence is ‘suspect’.

She added that “Black people always have to prove” their innocence. And this was apparently the case with Arbery’s murder, where the ‘thinking he was a suspect’ defence of his killers seemed to be enough to protect them until the video evidence came out. As Turner stressed:

Had there not been a video, that story would’ve probably continued.

She also argued that:

Something is wrong. It is in our DNA. It is in the soul of this country. And we gotta deal with it.

The US has a historic racism problem

Historian and author Roxanne Dunbar-Ortiz previously spoke to The Canary about the close connection between gun ownership in the US and the country’s white-nationalist, colonial past. The constitutional ‘right to bear arms’, she said, was “a validation of… Anglo settlers forming their own militias to burn and loot Indigenous towns”. And then, “when racial slavery—the slave codes–became established by the late 1600s, these militias became slave patrols”.

The United States was founded as a white republic and white supremacy is baked into the constitution and institutions that exist today. …

In 1950, the US was a locked-down white male republic, African-Americans living segregated, Native peoples on tiny portions of their original territories, Mexicans as indentured agribusiness workers, women with few rights, especially if they were married

US imperialism abroad throughout the 20th century in largely non-white countries, meanwhile, helped to fuel this mentality. As Dunbar-Ortiz stressed:

The shadow wars of white nationalist militias grew domestically, nourished by war fever and violence. It only got worse after 9/11.

She also mentioned the “rising white paranoiac response to the Black freedom movement” after the second world war. Indeed, this was institutional too. Because the US political elite treated Black rights icons as criminals or terrorists for decades. Now, meanwhile, Donald Trump has called National Football League players ‘sons of bitches’ for kneeling during the US national anthem in protest over police murders of African-American citizens.

It’s not just white civilians in the US who lynch Black people, though. It’s the police too. Police kill around 1,000 people a year; and in 2019, the Mapping Police Violence website says “Black people were 24% of those killed despite being only 13% of the population”. It adds that “99% of killings by police from 2013-2019 have not resulted in officers being charged with a crime”. Studies, meanwhile, have consistently shown that police officers kill African Americans, Native Americans, and Hispanic Americans at much higher rates than they kill white people.

The US has a gun problem that kills many thousands of people every year. Indeed, the gun lobbyists of the National Rifle Association are one of the most powerful political groups in the US. But the country also has a serious, deep-rooted problem with racism. And Arbery’s murder is just another piece of evidence that the lynching of Black people in the US is still very much alive today.

Featured image via The Hill