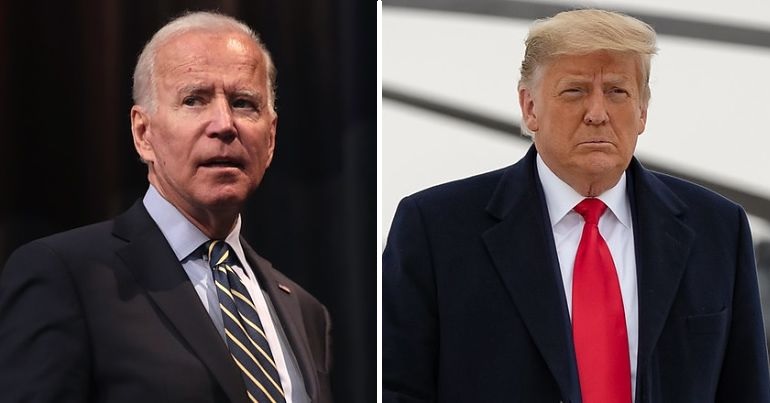 Donald Trump was a major cheerleader for fossil fuels as president. His administration even rebranded them “molecules of U.S. freedom”. But new revelations show that, despite Joe Biden placing tackling the climate crisis at the centre of his presidential campaign, he’s on course to outpace Trump in greenlighting fossil fuel drilling.

According to analysis by the Associated Press (AP), government data shows that Biden’s administration has approved over 2,100 drilling permits on public and tribal lands since he took office. AP asserted that the current rate of approvals “exceeds monthly numbers seen through most of Trump’s presidency”.

In fact, if the speed of the administration’s permit greenlighting continues in this fashion, AP said that it could issue 6,000 permits by the close of 2021. That would be the “highest level since George W. Bush was president” – surpassing the rates of both Trump and Barack Obama – the news agency reported.

Biden has taken some action on limiting fossil fuel production since taking office. He, for example, introduced a moratorium on new leases for oil and gas drilling on federal land and water in January. A Louisiana federal judge, however, blocked that suspension of new licences in a ruling in June. Biden has also suspended leases that Trump rushed through for fossil fuel exploration in the Arctic National Wildlife Refuge.

Back in January, the American Petroleum Institute warned that Biden’s moratorium could be a “first step” towards a wider ban on drilling on federal land. The trade body’s CEO Mike Sommers cautioned that:

They’re going to continue to look at the permitting process, and we’re very concerned about a slowdown in permitting for our operators in the field

The permit data AP obtained, which relates to existing leases not new ones, shows that the fossil fuel industries fears weren’t realised.

A recent Greenpeace Unearthed investigation, however, showed that the industry hasn’t been resting on its laurels over the risk Biden’s wider climate plans pose to its bottom line. In conversations with an undercover Unearthed reporter, an Exxon lobbyist talked about how “the company had been working to weaken key aspects” of Biden’s “flagship initiative on climate change, the American Jobs Plan”, the investigative outlet explained.

A political deal between Republicans and Democrats ensured that the American Jobs Plan has now, indeed, been weakened, with most of the funding related to the climate crisis removed.

AP’s revelations are largely unsurprising. Biden’s rhetoric on climate increasingly isn’t matching up with his actions. As The Canary has previously reported, promises regarding other issues that Biden made on the campaign trail are now ‘ringing hollow’ too.

But the permit approvals are incredibly bad news for the climate and, therefore, all citizens around the world. Responding to the revelations, Greta Thunberg tweeted:

”Approvals for companies to drill for oil and gas on U.S. public lands are on pace this year to reach their highest level since George W. Bush was president.”
We’re not only subsidising the climate and ecological crisis – we’re speeding it up. #MindTheGaphttps://t.co/whQeDATCei

The Center for Biological Diversity’s senior campaigner Taylor McKinnon told Common Dreams that “Our planet, livelihoods, and life support systems are in grave danger”. He said:

We can’t fight the climate crisis while continuing to expand fossil fuel extraction.

President Biden promised to end federal leasing and drilling for good reason. We have to hold him to his promise

But early reports on Biden’s upcoming blueprint for drilling rights on federal land – along with the scale of permits his administration has authorised so far – suggest that an end to fossil fuel extraction in the US isn’t coming anytime soon.