Once again big business is lobbying to get its own way. But this time it's been found out. - Canary 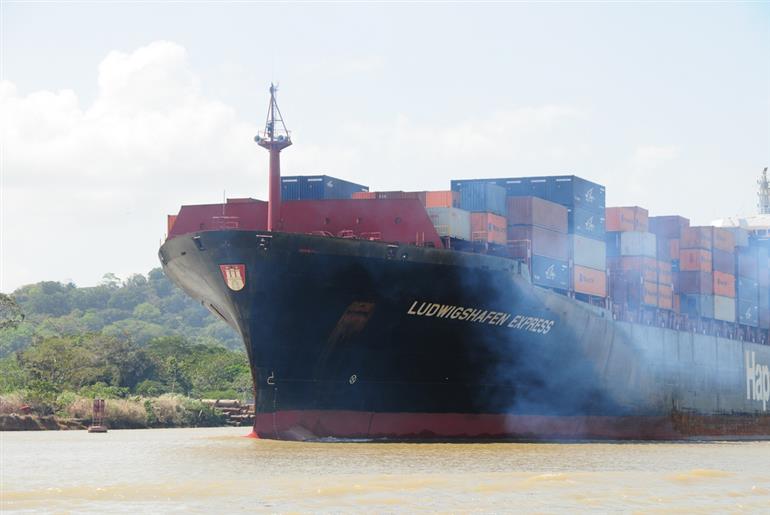 A new study by lobby group InfluenceMap claims that big business and trade groups in the shipping sector are “actively and collectively” blocking global climate change policy. InfluenceMap exposes widespread lobbying against a climate deal for the maritime sector by corporate interests. The report has been released ahead of a new round of UN talks that begins in London on 23 October.

Shipping accounts for 3% of global emissions, but this figure is rising fast. A 2015 European Parliament study [pdf] estimated that shipping emissions could make up 17% of the global total by 2050.

But global climate change policy has so far failed to include aviation and shipping in emissions regulations. The recent Paris Agreement, which agrees to limit warming below “dangerous” 2°C levels, is no exception.

These problem industries are often left out because no one can agree who will take responsibility for their emissions. That means that two of the most profiteering and polluting industries get a free pass to emit greenhouse gases.

Shipping trade groups oppose climate policy that eats into their profits. These large shipping companies currently squeeze margins as much as possible, often at the cost of the environment.

Naturally, putting in place measures to reduce shipping’s environmental impact will cost companies money. As a result, big players in the sector have joined forces to lobby the UN maritime agency, the International Maritime Organization (IMO).

According to the report [pdf, p3], members of three trade groups in particular – the International Chamber of Shipping (ICS), the Baltic and International Maritime Council (BIMCO), and the World Shipping Council (WSC) – are the main offenders.

These three have successfully pushed back the implementation of any climate deal until 2023. After that point, they support only voluntary greenhouse gas reduction schemes. These will likely be token, ineffective measures.

InfluenceMap shows that members of the three trade councils are hostile towards climate policy. And by pressuring the IMO, big business is taking over climate talks.

This hijacking of the process will make it harder to reach global climate targets. Paul Dickinson, chair of the Carbon Disclosure Project, said: “If more pressure is not placed upon the industry to act, its increasing emissions will hamper the world’s capacity to meet the climate ambition agreed to under the Paris Accord.”

But it’s not all doom and gloom. And Ben Youriev from InfluenceMap hopes their research will make a difference. He told The Canary:

We hope this research brings light to an industry often hidden from the public eye, lobbying to ensure it remains the last sector in the world not currently subject to emission reduction measures.

They might be right. The shipping sector recognises that the tide is changing. Johannah Christensen, Head of Projects and Programmes at the Global Maritime Forum, said: “How to effectively address the climate challenge is one of the most pressing issues for the maritime industry and for society.”

Thankfully, a few companies share this view. For instance, AP Moller-Maersk, one of the largest shipping lines in the world, supports ambitious climate action. But it’s in the minority. Until more companies get on board with a climate deal, progress will be slow.

Hopefully, these talks will be the start of a sea-change in maritime climate policy.

– Read more about climate change on The Canary.