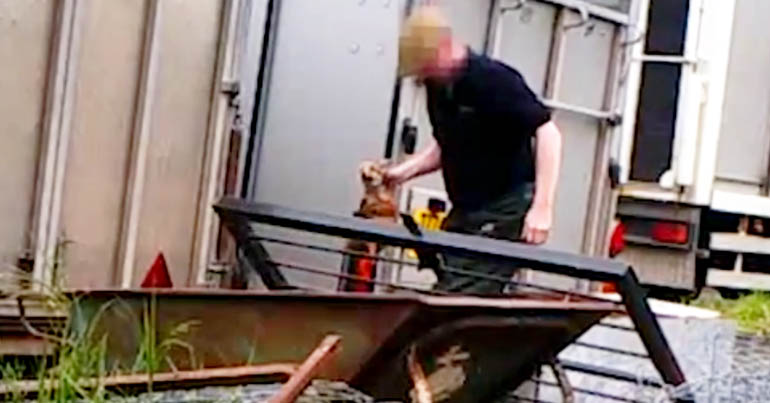 A judge found two people guilty of animal cruelty charges on 10 June. The case has exposed one of hunting’s dirtiest practices. But anti-hunting campaigners slammed the “disgraceful” sentences.

The judge’s verdict came after a two-week trial led by evidence from the Hunt Investigation Team (HIT). Oliver and Rose’s conviction adds to those of Julie Elmore and Paul Reece, who both pleaded guilty at the start of the trial. Dickens cleared a fifth defendant, terrierman Nathan Parry, of all charges. She accepted that Parry believed the cubs “would be relocated in the wild”.

All five were linked to the now-disbanded South Herefordshire Hunt.

Oliver, who was huntsman of the pack, received a 16-week suspended sentence. Despite the animal cruelty charges, Dickens didn’t ban him from keeping animals because it would have meant him losing his job. The judge gave Rose a 12-week suspended sentence and ordered both to pay costs. Dickens gave Elmore and Reese six-month conditional discharges, accepting that neither:

had any idea that foxes would be killed… [and] had been “motivated by consideration” for the cubs while trying to stop them being shot.

“This is not enough”

While anti-hunting campaigners welcomed the verdict, they also condemned the sentences. HIT said:

This is not enough, this is not justice for the 4 fox cubs. Yet again the judiciary has failed in its duty to protect wild animals.

And the Hunt Saboteurs Association (HSA) called the sentencing “disgraceful”.

However, Three Counties Hunt Saboteurs, who provided the original tip-off to HIT, pointed to the judge’s comments about sentencing. The sab group reported that a “hate campaign” against the defendants before the trial had affected Dickens’ decision. And it said that such “’bad behaviour’ by anti-hunt people can mean lesser sentences… for those convicted”. Nonetheless, Three Counties Hunt Saboteurs described the sentences as “lenient”.

The Master of Fox Hounds Association (MFHA) suspended the South Herefordshire Hunt after HIT’s footage emerged in 2016. A spokesperson for the MFHA, which oversees most fox hunts in the UK, described Oliver’s actions as “completely disgraceful”. The Guardian also reported that the MFHA suggested the case was “isolated”.

But anti-hunting campaigners disagree. In June 2016, the League Against Cruel Sports (LACS) said HIT’s exposé showed the “reality of fox hunting” and that the South Herefordshire Hunt case was “not an isolated incident”. The organisation said its own intelligence showed that feeding live cubs to hounds was a common practice during the ‘cubbing‘ season when young hounds are trained to hunt foxes.

Hunts will also rear cubs as game. One LACS investigation in 2015, revealed 16 fox cubs held near to kennels owned by the Middleton Hunt. And the HSA released footage in June 2016 of fox cubs allegedly reared in ‘artificial earths’ by the Pytchley Hunt. More recently, footage of the Kimblewick Hunt revealed the outcome of such rearing. Video passed to the HSA allegedly showed terriermen from the hunt releasing a fox to be chased during the Kimblewick Hunt’s 2019 New Year’s Day event.

The MFHA may claim that the South Herefordshire Hunt’s case is a one-off. But the hunting community has shown itself to lie consistently about its activities. Even in this case, there were apparently false allegations made against the prosecuting police officer in order to delay the trial.

Feeding living baby foxes to hunting hounds is one of the activity’s most disgusting and heartbreaking practices. And the hunting community knows that, as shown by the South Herefordshire Hunt disbanding once HIT’s footage came to light. There’s no reason, then, to believe the MFHA when it says this is an isolated incident.

While sentencing has rightfully outraged many, the case has shown the horrible depths that hunters will sink to. And it’s essential that every horror of hunting continues to be exposed.