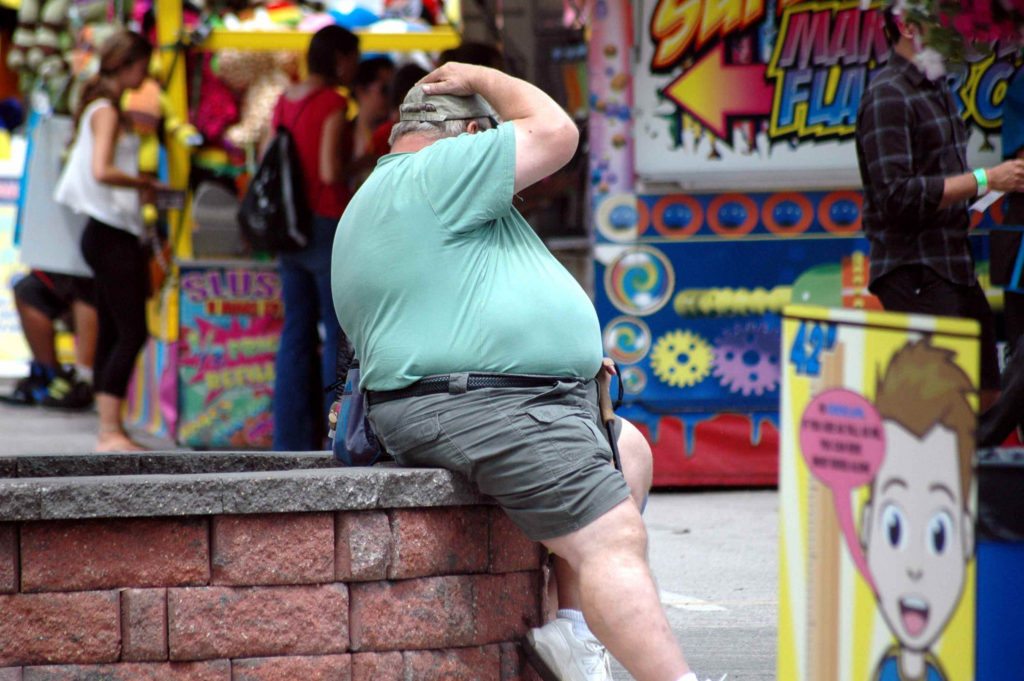 Over a third of the world’s population will be obese and some will need urgent treatment by 2025, if governments fail to take action, says a report released this week.

The study published by the World Obesity Federation (WOF) found that consumption of sugary drinks worldwide have increased by about a third; a fourth of adults are not getting sufficient levels of physical activity. Sedentary lifestyles are compounding dangerous diets to make obesity a widespread health crisis. If today’s trends continue, an estimated 2.7 billion adults will be overweight in a decade and 3% of those will be severe cases in need of treatment – only last year, that number was 2 billion. The UK is in the ‘top 40’ nations of WOF’s global obesity ranking.

The typical Western-pattern diet of large meals with an excess of red meat, refined grains, unhealthy fats and sugary drinks is perhaps the largest risk factor for obesity, according to the Harvard School of Public Health.

“Can the health services of the world cope with this number of severely obese people?” Tim Lobstein, WOF director of policy, said in a statement. “How will the services in emerging economies cope, where much of this severe obesity will occur?”

Since obesity has been linked to fatal heart diseases, cancers and diabetes, there are real economic incentives to tackling rising obesity rates, too.

Dr Richard Vautrey – a Leeds GP and deputy chair of the British Medical Association’s GP committee – wrote an article recently on the topic of obesity and health policy. He fears that government cuts to the public health budget will only put back efforts to protect and improve the nation’s health and wellbeing.

“Particularly worrying is that poor diet has become such a feature of our children’s lives. Across Sheffield, Doncaster, Rotherham, and Leeds, a third of children are obese or  overweight by the time they leave primary school.”

If the government instead chose to invest in preventative measures such as making healthy food cheaper and making green spaces more accessible – there would be a payoff in terms of less strain on health services. The Parks Association for instance has suggested the use of green space in the promotion of citizens’ mental and physical health.

There is also a need to take on the challenge of confronting the big food industry when it misbehaves; as well as providing positive regulatory incentives to do business in a way that supports the nation’s health. This could take a number of forms – from encouraging the use of better ingredients, to limiting the extent of their marketing to children.

A number of US-based major food companies – Kelloggs’, The Coca-Cola Company and others – pledged in 2006 to stop marketing unhealthy foods to youth, but a 2013 analysis  found that 75% of food ads targeted toward children by participating companies initiative “promoted products in the poorest nutritional category.” And in 2012, the fast food industry spent $4.6 billion on marketing to children in the US alone.

“Governments have accepted the need for regulatory measures such as market controls, taxes and subsidies, setting standards for catering services and investment in healthy schools – but few governments are implementing these measures,” said Lobstein.

For us here in the UK, we have the networks, the expertise and the resources to build a more healthy nation. With the right working conditions, family support services this could become a reality. The government says it hopes to see a downward trend in overweight adults through its improved food labelling programme, Change4Life initiative and encouraging businesses to include nutrition information on menus. Earlier this year, the Local Government Association announced that councils are taking action locally, creating innovative schemes to help residents become more fit, including free or subsidised leisure services; and giving local communities advice about how to cook healthily on a budget.