Junior doctors strike back: first day of industrial action is tabled for next Tuesday - Canary 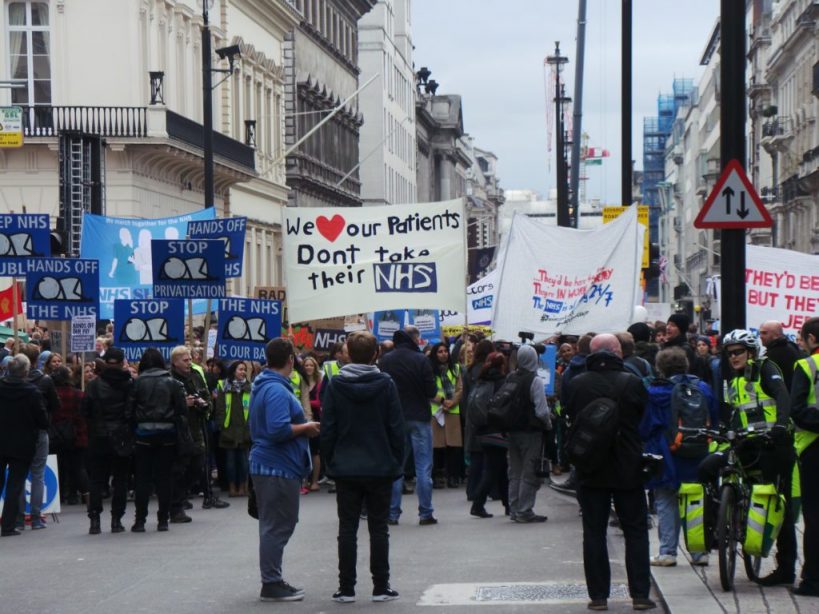 Jeremy Hunt’s vain attempts to breathe life into his beleaguered vision for a ‘7-day NHS’ have run aground once more; the strike delayed in December is now back on following a breakdown in talks between junior doctors and the government. As a result, junior doctors have been left with no option but to strike, the British Medical Association (BMA) said.

A last-ditch offer made by Hunt and his team still failed to address the longstanding concerns that the BMA’s Junior Doctors’ Committee raised last year about patient and employee safety.

Talks again had to be mediated by the Advisory, Conciliation and Arbitration Service (Acas) and again reached breaking point – resulting in a 24-hour strike being announced for 12 January 2016. What’s more, the BMA are holding their ground – saying that unless progress is made with talks, next Tuesday’s strike will also be followed by a 48-hour strike on 26 January and a third on 10 February between 8am and 5pm.

So why have the talks stalled – again?

Despite the BMA putting consistent pressure on the government since last year, Hunt and his team still refuse to withdraw their threat to force a contract onto junior doctors. The proposed contract would make them work longer hours for less –  a move referred to as ‘unworkable’ by many industry experts, as it would result in mistakes being made by an already exhausted workforce.

In September, the BMA responded by balloting junior doctor members on support for industrial action. The result of the ballot of more than 37,000 junior doctors in England was announced on 19 November, with more than 98 percent having voted in favour of the first ever ‘all out’ strike in the history of the NHS. Hunt appeared to show an interest in re-starting talks in January (which the BMA agreed to) but the government again brought this much-maligned issue of contract changes back into the spotlight. Dr Mark Porter, BMA Council Chair, said:

After weeks of further negotiations, it is clear that the government is still not taking junior doctors’ concerns seriously. Furthermore, the government has repeatedly dragged its feet throughout this process, initially rejecting our offer of talks and failing to make significant movement during negotiations.

We sincerely regret the disruption that industrial action will cause, but junior doctors have been left with no option. It is because the government’s proposals would be bad for patient care as well as junior doctors in the long-term that we are taking this stand.

Will this standoff ever end?

Hunt and his team clearly see this as a ‘war of attrition’ – hoping to wear down the BMA and force them to give in – so junior doctors will have to stand their ground. In a letter responding to the Summary Offer from NHS Employers and the Department of Health received on 4th January, Johann Malawana, chair of the Junior Doctors Committee, has made clear the BMA’s desire to continue to build on areas where progress has already been made. As seen in the position paper published on Monday (PDF), the BMA and the government have reached consensus so far on working weeks, performance reviews and the appointment of a Guardian for safe working. The coming strike may be just what is needed to wake Hunt up to the fact that his vision is in vain.