The truth behind 'assassination attempt' on Farage - The Canary 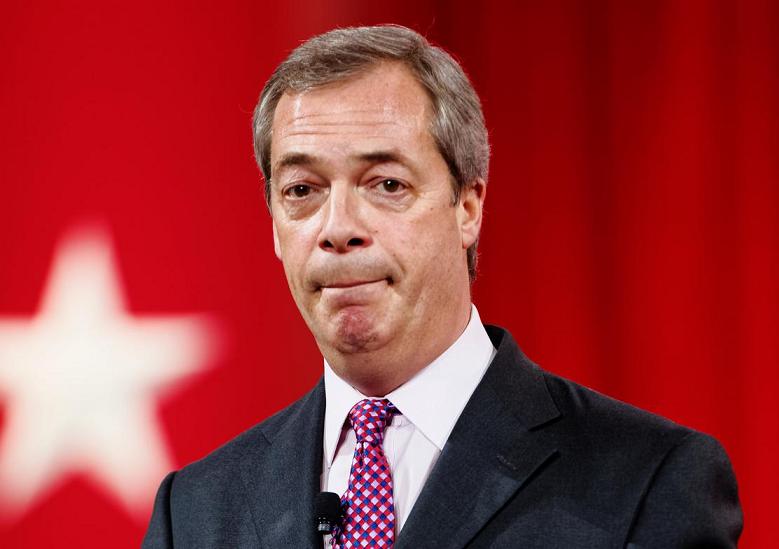 Nigel Farage, the leader of the UK Independence Party, made a claim worthy of a Hollywood film at the weekend, when he stated that a motorway accident he had been involved in near Dunkirk in France, caused by a wheel falling off his car, was the result of an assassination attempt.

He cited conversations he had with the French police and the mechanics who towed the car away after the accident, in which he was supposedly told that they were ‘certain’ of foul play, due to finding that the nuts holding all the wheels in place on his car were loose. However, both the French police and the owner of the garage where the repairs were performed have explicitly denied that they told Farage anything of the sort.

Speaking to Liberàtion magazine, Philip Marquis, the garage owner, confirmed the accident, which happened on 21 October 2015, and that his mechanics arrived on the scene to tow away the car. However, Marquis insisted that there was simply no way that he or his employees could have had the conversation Farage claims, for one simple reason; none of the people working in Marquis’ garage speak any English, and so they only communicated with Farage in sign language. Translating such a complex insinuation of foul play from spoken French into English sign language was just beyond them.

On the issue of the nuts on the wheels all being loose, Farage claims that the French police told him:

sometimes nuts on one wheel can come a bit loose – but not on all four.

This claim does not sit easily alongside the police’s position though, as they did not examine the car at the crash-site because no one had been injured. If they had been concerned about possible sabotage, they would have investigated immediately.

The nearest anyone came to saying what Farage quoted was one of the mechanics at the garage, who apparently said that he had “never seen anything like it”, and that he thought it was “weird”. But he did not think, or suggest, that it was sabotage. Instead, he suspected that the nuts had been wrongly screwed on after a previous repair. It also bears mentioning that the mechanic did not notice that the wheel-nuts were loose until the car had arrived at the garage, which the police did not attend. Therefore, there is no rational reason why the police would have known to raise the subject.

I have made no formal complaint. The mechanics were absolutely certain of [foul play] but I have decided to take no further action.

This statement not only rings untrue, but also implies inflated self-importance, because Farage seems to imagine that the police were at his beck-and-call. It is not up to him to decide whether the police should investigate; under French law, if the police suspect sabotage, they must commence an investigation, irrespective of the victim’s wishes.

Interestingly, the Guardian noted on 4 January that Farage’s car appears to be a third generation Volvo V70, which was one of four models subject to a product recall in 2010. The reason for the recall? The wheels were prone to come loose. Volvo have denied that Farage’s car was one of the vehicles whose unique ID numbers were recalled, but it is not entirely beyond the realms of possibility that the same fault could have developed in it. On balance, it does seem a likelier explanation than someone thinking a politician who has never even been elected to Parliament would somehow be important enough to ‘bump off’, even if that would rationalise any poor maintenance of the vehicle on the owner’s part.

Farage seems more than capable of thinking himself that important. He has even claimed to have received death threats before the accident. Paranoia is often a symptom of arrogance, and the louder the paranoid declaration, the greater the arrogance. That Farage appears to be inventing ‘facts’ to support his little delusion of importance – while probably still believing someone is out to get him – suggests outright narcissism.

Ironic, given he has a history of criticising other people in his party of letting their egos get the better of them.