Before you buy an ornamental plant online, read this - The Canary 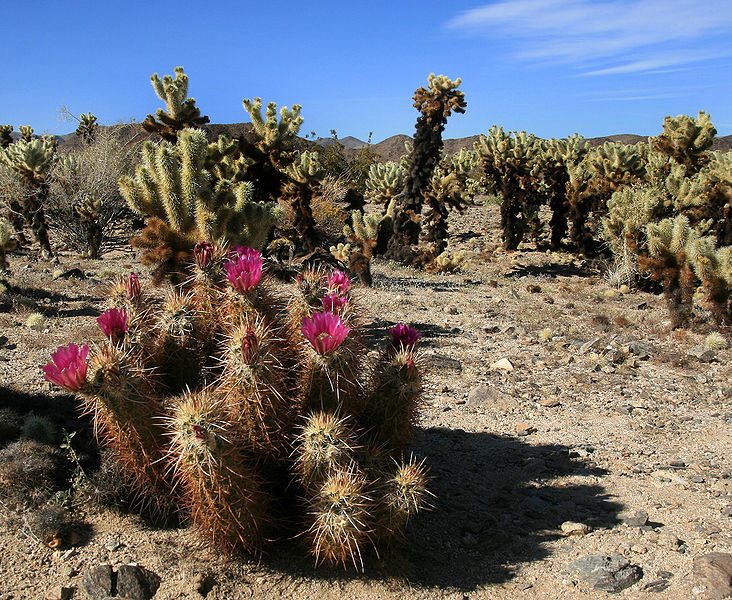 Ever heard of the semaphore pricklypear? How about the Tamaulipas living rock cactus? Now’s the time to get acquainted: according to a new study, these are two of more than 450 species of cactus that are now considered threatened. Why? Because we can’t stop buying them.

Cacti are brilliantly – and dangerously – useful. We put them in medicines and creams, eat and drink them, look at them in pretty pots in our houses, and plant them in our gardens. But the demand for these spiky sensations has resulted in an increase in illegal trade and what the authors of the new study, published in Nature Plants, call the “unscrupulous” collection of live plants from the wild.

The study, led by the IUCN (International Union for Conservation of Nature), reveals for the first time that a staggering 31% of the world’s cacti are threatened, making them the fifth most threatened group of species on the planet. Illegal international trade, say the authors, is having an impact on around half of the threatened species, and 86% of the threatened cacti used in horticulture are taken from the wild.

Our penchant for pretty plants isn’t just causing the decline of cacti; invasive plant species are taking over new territories thanks to international bids on eBay. Ornamental plants such as Chinese windmill palm, Goldenrod and Himalayan balsam came to Europe through private trade for decorative purposes and escaped into the wild in Switzerland, where they are now threatening the native flora.

In their Conservation Biology paper, a team of researchers led by Christoph Kueffer at the Institute of Integrative Biology, ETH Zurich surveyed 10 major e-commerce sites, including eBay, on a daily basis. They found that many of the more than 500 species of recognised invasive plant species were traded every day online; the proportion of invasive species was much higher than non-invasive species.

The authors say that monitoring online trading of plants – and particularly invasive species – is vital if we want to control the fate of our native fauna. “Our results indicate that biosecurity is not effectively regulating online plant trade,” they say.

So who is regulating trade? Although the Convention on International Trade in Endangered Species of Wild Fauna and Flora (CITES) lists more than 30,000 endangered species that are restricted in terms of international trade, the movement of non-endangered plants is less well regulated.

In early 2014, researchers highlighted the issue of invasive pathogen species through plant trading and suggested a novel policy approach to reduce the risk. Why hasn’t it been put in place internationally?

According to Professor Jarkko Hantula from Natural Resources Institute Finland, who made the recommendation, Finland for one isn’t ready to take a hard line on trade, and is instead opting for a voluntary approach. “We (the authors) have presented our idea to the ministry of agriculture and forestry in Finland in order to activate Finland to push the idea to EU legislation. Unfortunately, that did not happen, but instead we were asked to think about voluntary actions how the Finnish actors in plant business could minimise the risks.”

[pull_quote_right author=”Professor Jarkko Hantula”]Any kind of restriction on free trade would be opposed by the EU and the WTO. In other words, we have the means, but not the political will.[/pull_quote_right]

A group was set up to take this forward, with Prof. Hantula as chair. This seems somewhat token, given that more than 70 scientists from 19 countries signed the Montesclaros Declaration in 2011, urging governments to phase out all trade in plants to protect native species. “The Montesclaros Declaration should be taken as an expression of concern by most of the forest pathologists throughout the world,” comments Prof. Hantula.

But as he explains on his blog, regulators are unlikely to support any moves to limit trade. “While it would lead to improvements in plant hygiene, any kind of restriction on free trade would be opposed by the EU and the WTO. In other words, we have the means, but not the political will.”