What will it take to beat our addiction to animal experiments? - Canary 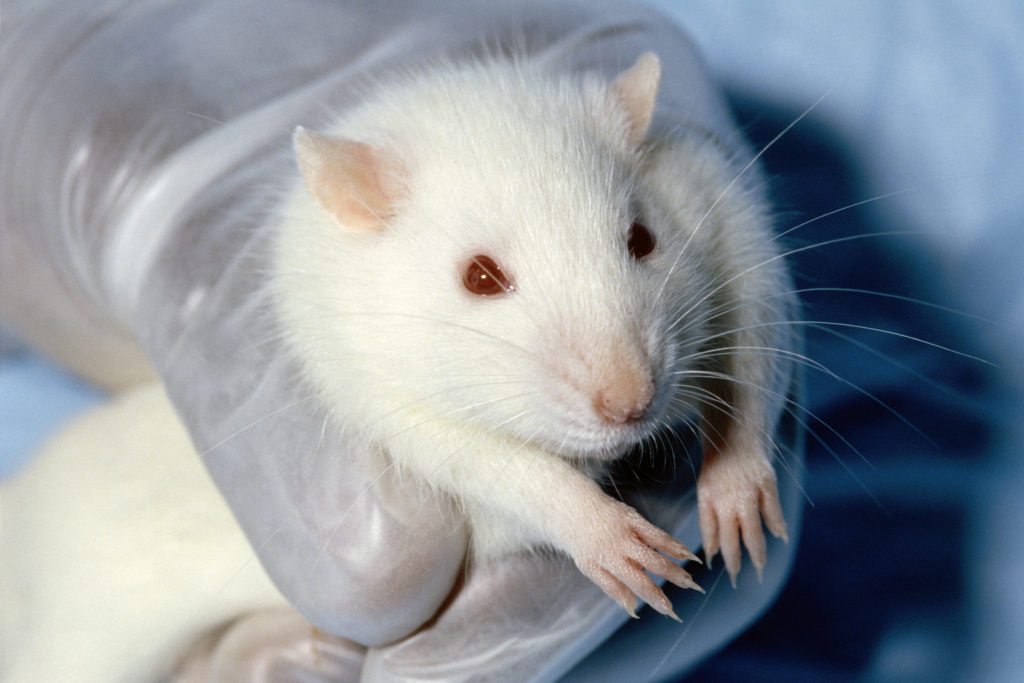 The Home Office announced yesterday that the number of animal experiments in the UK has fallen for the first time in five years…by 5%. But anti-vivisection campaigners want a total moratorium, so why can’t we just stop? Dr Karen Morgan says it’s all in our minds.

The Canary spoke to Dr Karen Morgan, a Sociologist from the University of Bristol who studies the social factors that lead us to relate to animals in a particular way. Dr Morgan said:

We see [experimenting on animals] as justified and for the greater good of humans. You hear people speak of ‘putting an animal’s life to good use’, too.

So, all in all a utilitarian argument and one where the worth of the animal is set in the context of its ability to serve human needs. It would follow that the majority of people think human lives are more important than animal lives, but speak to most people about their pets or show them examples of neglected companion animals and their empathy is obvious. And at the same time most people in the UK say they can “accept the use of animals in scientific research as long as it is for medical research and there is no alternative.”

It’s pretty obvious that most of us relate to animals differently, depending on whether they are companion, food, worker, test subject, pest or wildlife. Ultimately, though, Morgan says we hold firm that our very lives depend on continuing to experiment on animals, and until we can see that there are alternatives that will keep us alive just as well, we won’t stop. She said:

All species are self-interested so it’s not really a surprise that when it comes down to it, we would go with what we believe will help us stay alive.

Staying alive at the expense of millions of other lives might seem gross on the surface. However, although the best we can do is to work on the ‘3Rs’ – Reduction, Refinement, Replacement – the fact remains that we do need to use animals if we are to ask and answer some of the most important questions in biomedical science, as well as researching aspects of basic physiology, anatomy and biochemistry that contribute to our understanding of both human and animal health.

Morgan says that most animal research is useless anyway and she might point to the fact that only 9% of the procedures reported in 2014 were for applied or translational research, but that belies the value of basic science and regulatory testing in, ultimately, keeping us alive and well.

Though there is certainly a greater momentum and more money in the 3Rs than ever before, abolitionists believe that the development of computer modelling, virtual organs, tissue cultures and other alternatives would be spurred on greatly if there were a moratorium.

A generation of scientists lived in real fear of their lives during the 80s and 90s, but, truth be told, the abolitionists are mostly not the kind of terrorists who dug up the dead grandmother of a family who ran a guinea pig farm or sent bombs to neuroscientist Professor Colin Blakemore. In fact, the UK Green Party policy is to ban all experiments “having the potential to cause pain, suffering, distress, lasting harm or death in animals, except where it is designed to benefit the individual animals concerned.” The Greens would divert all money – and animal experiments are extremely expensive – into the 3Rs.

The hiatus this would create could hog-tie UK bioscience, removing a major opportunity for economic growth, and destroying our academic and entrepreneurial prowess. It’s probably not a total coincidence that our mounting achievements in bioscience over the past decade have been matched by a steady rise in the numbers of experimental procedures involving animals – that is, perhaps, until this year. Does this mean we are beginning to turn the tide? Possibly…

There is a problem with the data in this year’s Home Office report, covering procedures carried out in 2014. The implementation of an EU Directive means that the reporting structure has changed. Home Office officials, speaking at a press conference in London yesterday morning, said the impact of the change would only become clear when next year’s numbers are out. But David Blunt, Chief Statistician at the UK Home Office, said he stood by the fact that there has been a decrease in the number of procedures – he said it’s possible it could be more like 3-4% down, but it is definitely lower.

The EU Directive also means that when reporting on the number of procedures, licence holders must also show the number at each of five levels of severity (percentages are for 2014 experimental procedures):

8% equates to 150,000 procedures that are, according to Professor Dominic Wells of the Royal Veterinary College, measured on the assumption that an animal would suffer severely and in an equivalent way to a human.

One example Wells gave is the study of healing in extreme burns, where it wouldn’t be possible to keep the animal anaesthetised for the duration of the experiment. Though, he added, they are given pain killers and anti-inflammatories just as if they had been injured accidentally. Another example might be where models of human degenerative disease are used, i.e. an animal is bred to have a condition such as ALS and sometimes it’s necessary to study the disease to the end point. The majority, though, are in regulatory toxicology, where it’s necessary to measure a range of toxicity, meaning that some animals will be severely affected. Wells says 8% is probably an over-estimation, though:

We are applying the precautionary principle. If you find that a mouse has died and you don’t know why, you assume that the level is severe. It’s likely that we are over counting.

Whatever your opinion on the use of animals in research, it’s clear that there is increasing openness and transparency in the UK. Now, I’ve spent my whole career supporting scientists who want to be open about their work, as well as cajoling a few, and giving the three-line-whip to a handful of others. The opinions and attitudes of scientists are as varied as those of wider society, but show me a scientist who wants to harm animals, who doesn’t see animal experimentation as an necessary evil, and I’ll eat my proverbial hat. Utilitarian arguments aside, why do we persist in doing this work? Back to Dr Karen Morgan:

Part of the problem is that the discourses [what it is possible to say about something] have been hijacked by vested interests. It’s big business that drives this and the possibility of talking about alternatives is closed down to preserve the financial interests of those in powerful positions.

There are those who would agree with this, stating that the exploitation of animals is a symptom of the sickness of neo-liberal capitalism. However conscious and conscientious scientists and animal technicians are – and they really are – Morgan implies that they’ve already been brainwashed by big business to continue with vivisection. That’s a dystopia that few people are willing to entertain, and that’s understandable.

It does seem, though, that there is an inevitable cognitive dissonance for any scientist who does invasive experiments on animals. Morgan says this is tolerable because we both distance ourselves from the individual animals – by not giving them names, for example – and also “other” them. But that cognitive dissonance hasn’t been enough to wean us off animal experimentation, so far.

Perhaps another new development from the EU Directive could change the relationship between scientist and animal: the rehoming of animals once they have completed their time as experimental subjects. The new policies actively encourage this, allowing researchers to plan, at the start of an experiment, whether any animal taking part would be suitable to be re-homed in a domestic or zoo setting.

Of course, the caveat is that this doesn’t cause additional stress, which a major change of environment could easily bring on. And it’s unlikely that the short-lived mice, rats and fish that make up around 90% of all experimental animals would be re-homed.

There’s every chance, though, that many of the horses (which are mainly used as blood donors), and dogs and cats that take part in nutritional experiments could find themselves retiring into people’s paddocks and homes.

If we saw our experimental animals in the same light as we see our pets, would we think differently about the procedures we do? Maybe not, but it will be interesting to see how things pan out.