Don't celebrate yet, SeaWorld's not about to Free Willy - Canary 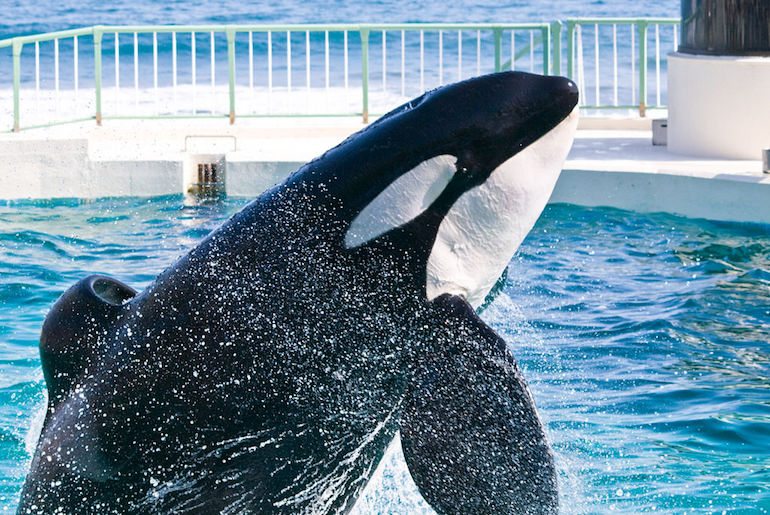 After two years of protests, SeaWorld has announced it is phasing out its killer whale show in San Diego, with the last of its kind planned for 2017.

Although this seems to be cause for celebration, the move isn’t as radical as it might appear, and SeaWorld won’t yet confirm whether their star killer whales will actually retire in two years.

Killer whales, or orcas, have starred in crowd-pleasing shows since the 1960s. More than 150 orcas have been taken from the wild and put into captivity since 1961; 127 of these are now dead, despite them having similar lifespans to humans in the wild.

SeaWorld’s move to end the San Diego orca show follows pressure from campaigners and responds to recent policy changes. In October this year, California banned the captive breeding of orcas at SeaWorld. One Californian congressman is now working on a bill that would stop them from being forced to perform in shows.

SeaWorld chief executive Joel Manby announced the end to the famous “One Ocean” show, saying it is part of the company’s strategy to reverse plummeting visitor numbers.

But the show will only stop in San Diego, one of SeaWorld’s 11 parks; shows will continue in Texas and Florida. Fred Jacobs, SeaWorld’s Vice-President of Communications, told the BBC:

It does not affect our other parks.

It is also unclear whether the orcas will indeed stop performing at all. Last month, the state approved SeaWorld’s plans to double the size of the orca enclosure, in line with the company’s claim that the orcas will have a “more natural” living space.

The BBC emailed questions to SeaWorld, asking them why the show is ending, why it’s not stopping in Texas and Florida and whether the new display will still involve the orcas performing. The answers were vague – SeaWorld claims to have not yet decided “what specific behaviours” would be included.

In 1993, Free Willy took the plight of the captive orcas to the silver screen, and since then growing protests against holding them in captivity have led to decreasing visitor numbers to shows around the world. Two years ago, the acclaimed film Blackfish once again stoked the flames, revealing the devastating effect captivity has on orcas.

Since then, SeaWorld’s share prices have halved. In July this year, One Direction’s Harry Styles called for a boycott of SeaWorld during a concert in San Diego. This was a big blow to the park, which may have contributed to the decision to end its orca show.

There are currently 58 orcas in captivity in 8 countries. SeaWorld has 24 orcas at three locations; at least 44 have died there, including all seven of their star orca Corky’s offspring.

For now, the orcas will continue to live in captivity, albeit in a bigger tank, and will perform for crowds until at least 2017. If California’s new bill passes, they could be retired, but SeaWorld appears to be a long way from giving up its star attractions, despite what the public wants.