Gove to crackdown on human rights, and build more prisons instead - Canary 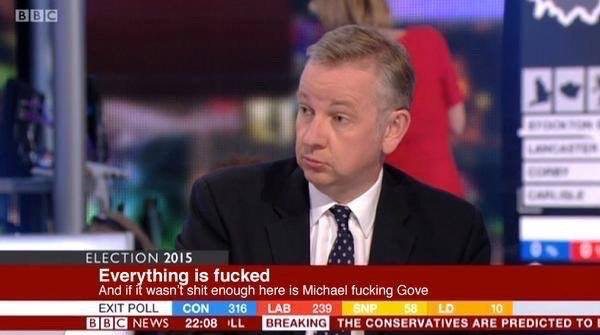 The UK government’s plans for a British Bill of Rights have been leaked to the Sunday Times, the newspaper claims. This is a new bill that, if passed, would replace the current 1998 Human Rights Act, which incorporates the European Convention on Human Rights into UK domestic law.

The article in the Sunday Times claims the plans include allowing UK judges to defy European Court of Human Rights (ECtHR) rulings, exempting soldiers from legal challenges for military behaviour abroad, and placing limits on the amount of compensation that can be claimed in human rights violation cases.

In reality, UK judges can already choose whether to follow the ECtHR rulings or not. This is why, despite the ECtHR ruling that prisoners should be entitled to the right to vote, the UK has not done so.

However, highlighting this ability for UK judges is pertinent in light of recent proposals. Last week, the Home Secretary, Theresa May unveiled the Investigatory Powers (IP) bill, which explicitly endorses mass surveillance capabilities. Should the UK’s de facto exemption from ECtHR rulings be reinforced, it may weaken the impact of the European court’s criticism of the IP bill.

[The Government] say they don’t want to withdraw from the European Convention on Human Rights but their plans clearly show that they have misunderstood the relationship between our courts and the European Court and their approach could result in such tensions that we would have to withdraw.

The provision, suggested in the article, that would give exemption from prosecution to soldiers, in relation to human rights abuses overseas, is likely to be controversial. Without legal redress for military actions carried out abroad by personnel, a more devil-may-care approach could develop. After the revelations of widespread torture by the CIA earlier this year, this is ground on which we should tread very cautiously.

This move, according to the article, is aimed at resolving the following:

Indeed, much of the reason given for the proposed changes to human rights legislation is money. Measures that will “reduce the amount of compensation” that can be claimed by the “human rights industry” are a core part of the proposed crackdown.

That this leak in the Sunday Times happened shortly before Gove’s announcement to start a ‘prison building revolution’ is telling. These plans to close old inner-city prisons, sell off the lucrative buildings, and have nine new prisons built to replace them are partly financially driven. The relentless push by the UK government to cut budgets does not falter, no matter what rights are at stake, or on what side of the bars you stand.

Thankfully, the UK public does not agree. A timely poll by Amnesty International has revealed that,

Just 3% of people said that repealing the Human Rights Act should be the top priority for the government.

Hopefully the political class will heed the views of its people for once, and leave our human rights alone. These rights are essential in safeguarding citizens against abuse by governments, and given the record of the Conservatives over their last five-and-a-half years in power, that safeguard is now more important than ever.