Finally, an answer to those annoying interruptions that kill your productivity - Canary 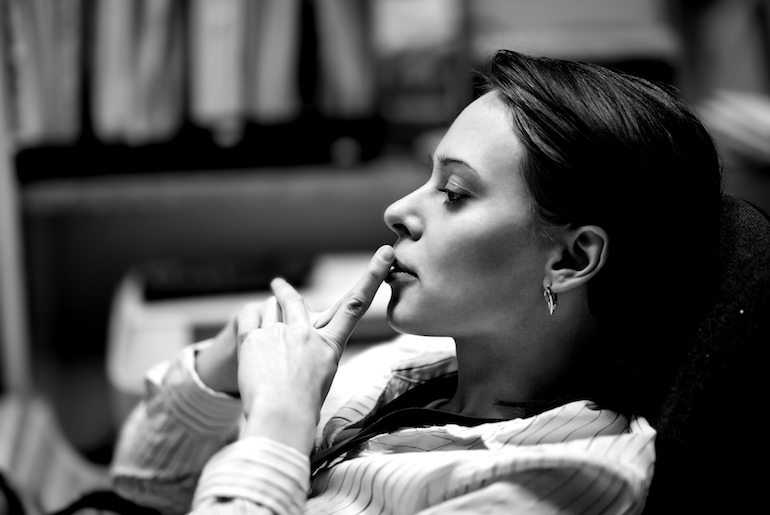 Isn’t it annoying when you’re in the zone, working on something really tricky, when your phone vibrates or you notice a popup email notification in the corner of your screen? These kinds of interruptions cost us our concentration and pull us out of our flow. Wouldn’t it be great if there was a way your devices knew when to leave you alone?

Researchers from the University of New South Wales have developed something that can do just that – by analysing the way a person’s head nods.

Wearable technology can tell us how active we are, monitor how well we sleep and tell us when we have a meeting coming up. Effectively, with a laptop, smartphone and smart watch, we’re always online and always connected.

Although this can be beneficial and save us time, it can also make a huge dent in our productivity. According to interruption expert Prof. Gloria Mark, a break in our flow can cost us huge amounts of time. She told Fast Company:

We found about 82 percent of all interrupted work is resumed on the same day. But here’s the bad news — it takes an average of 23 minutes and 15 seconds to get back to the task.

Dr. Julien Epps, who created the new device, wanted to develop something that could tell all our other devices when to keep quiet and when it’s safe to interrupt us – between tasks, for example, or when we’re not really concentrating. He explained to the New Scientist:

Computing devices are with us all the time. Our smartphones are on our person. I think they need to be able to understand what we’re doing in order to interrupt us at the right time.

Our heads move more when we’re doing simple tasks than when we’re concentrating really hard on something difficult. The new device can sense how tricky the task is based on our head movements. It can also tell when we’re between tasks. Dr. Epps explained to The Canary:

In my lab, we have used low-cost, commercial-ready sensors that can be mounted into glasses to automatically determine when a person switches between tasks (between mental tasks and between physical tasks) and what task load intensity they experience during each task.

Dr. Epps tested the device with a group of 20 students. They wore it strapped to a baseball cap while they did a series of maths problems. The device could tell how hard each problem was, with 70-80% accuracy. It could also identify a break between problems 90% of the time.

While writing this article, I’ve received emails, WhatsApp messages and text messages; I’ve been reminded to stand up and told there are new podcasts waiting for me to download. Maybe if I’d been wearing Epps’s new device, I would have been spared these interruptions and finished it faster.

Dr. Epps is now working on a new prototype that goes even further, tracking eye movement and speech in addition to head movement. This sort of device can be mounted in glasses, and could be used for analysing tasks and monitoring occupational health and safety, as well as handling interruptions. Dr. Epps said:

The sensors currently being used are eye-directed cameras for novel measurements of pupil dilation and blinking, and head-mounted inertial motion units (for head movement) and microphones.

I may be one of the first in the queue for these concentration-protecting glasses.