A normal day in school, until the bombs hit (VIDEO) - Canary 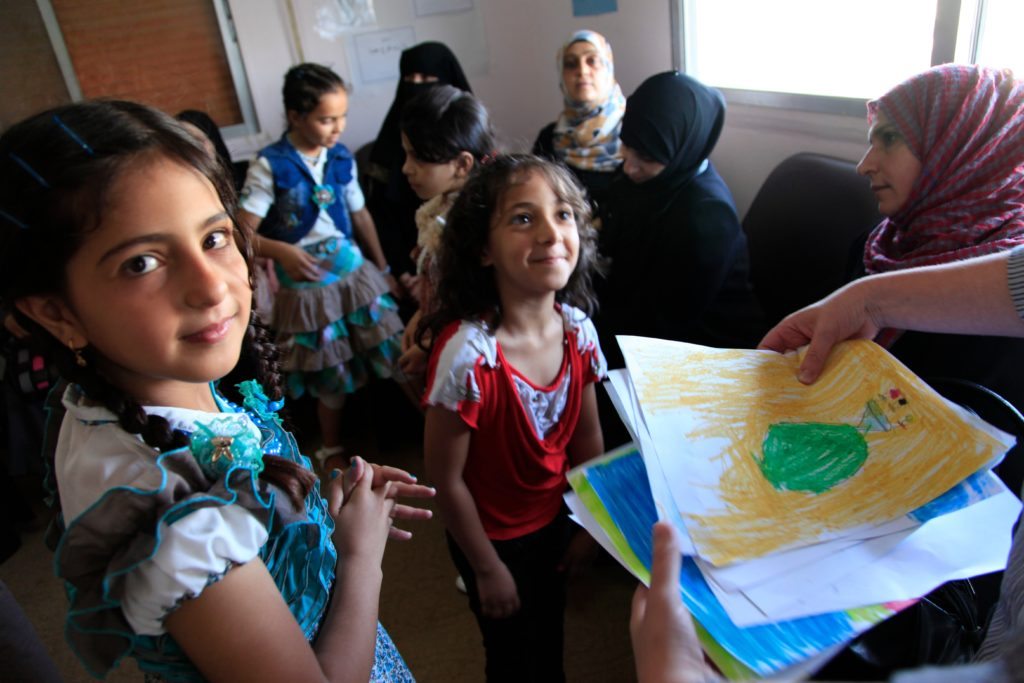 In the wake of parliament’s recent decision to back Cameron’s call for war in Syria using RAF bombers, videos are resurfacing online that give a chilling reminder of the potential victims. This is everyday life for families in Syria – a war zone with the constant threat of sudden, terrifying and deadly attacks.

After watching these harrowing videos, no one can be in any doubt that aerial bombardments cause terror and destruction.

The clip, originally posted in March, is from the Syrian opposition and suggests that this bombing was by the Assad regime, who the coalition will now, presumably, be keeping in power.

A study by the BMJ into civilian casualties in Syria came to some dire conclusions:

In both NSAG [Non-State Armed Groups] and government controlled areas, we found that the likelihoods of death were significantly higher for children than for men for air bombardments, shells, ground level explosives, and chemical weapons.

There are no words to describe what this young boy has just been through:

Cameron has emphasised that his bombing campaign will use ‘precision strikes’ to avoid civilian casualties. That rhetoric, which Russia also uses, may simply serve to mask the atrocities committed – just as the term ‘collateral damage’ does. Syrian activist groups have begged the UK not to get involved, saying civilian casualties are inevitable.

Throughout the Syrian Civil War, as well as throughout our deadly adventurism in Iraq and Afghanistan, there has been an insidious double standard in which the public is expected to believe that our bombs, our drones and our bullets do not maim and kill, whereas those of Assad, al-Qaeda and Daesh (Isis) do.

But if we look at the professed motivations of our government, and the effects of their actions, in its Middle East adventurism – from Iraq, through Afghanistan and Libya and now Syria, we cannot escape the conclusion that our ‘help’ is often harmful.

Everyone claims to work for the good of the Syrian people, yet children are dying by the actions of groups, countries or powers that professes to be working in their interest – whether that be Daesh claiming to defend them from western imperialism, Assad and Putin dropping bombs for their ‘security’, or the US, UK and France claiming to free them from the grip of jihadism.

The victims in this latest round of geopolitical conflict are as always ordinary people just like you and me: electricians, writers, teachers, builders, parents and children. For their sake, we must take whatever action we can to help halt this conflict.