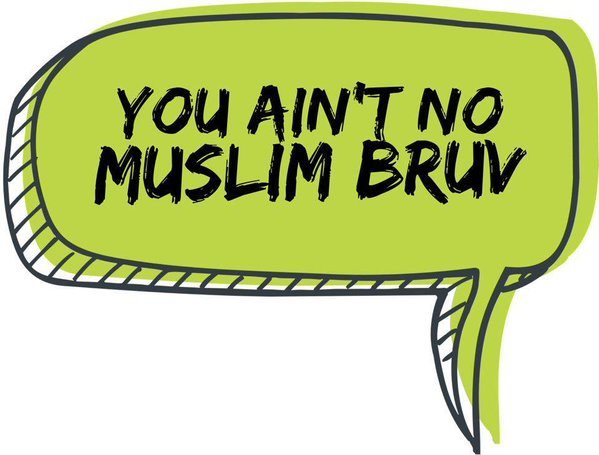 When a wannabe jihadi attacked in London, it was the British Muslim community that shone out with this glorious collective response.

It has taken only three days for the claim of Prime Minister, David Cameron, that air strikes on Syria will make the people of the United Kingdom ‘safer‘ to be proven wrong. At around 7pm on Saturday, at the Leytonstone underground railway station in east London, a man armed with a knife attacked passengers as they were trying to make their exit. Three people were injured, including one man who suffered a slit throat; at the time of writing, he is in hospital and his condition is not thought to be life-threatening.

The attacker, when carrying out the stabbings, is understood to have cried out: “This is for Syria!” He was eventually arrested by police who had arrived on the scene at around 7:15pm, and had to fire on him with a taser weapon twice before he was successfully restrained. The moment is shown in this video footage taken by a bystander, although please be aware before playing it that it does show very graphically a large pool of blood on the floor:

While the knifeman was being arrested, an onlooker was heard to call out to him, “You ain’t no Muslim, bruv!” as is clearly audible in the following video:

This phrase has since been turned into a hashtag on social media, which has gone viral, with British Muslims in particular celebrating its defiance of violent blood-letting wrongly committed in the name of Islam. For those who like to claim that British Muslims feel no loyalty to Britain, or that they never speak out against Radical Islam, this hashtag should serve as an object lesson:

To the eyewitness who shouted #YouAintNoMuslimBruv, he spoke for millions of British voices and got the point across directly in 1 moment.

(At the time of writing, the identity of the attacker has still not been made public, so it is entirely possible that he is not a Muslim at all.)

The police have decided to treat the Leytonstone stabbings as a terrorist incident. Given how small scale the attack was, this is perhaps a bit of a stretch. While the incident can undoubtedly meet the definition of using violence to spread fear for political purposes, it does rather increase the credibility of the argument that all military action, including military action carried out on behalf of governments, is a form of terrorism. The Royal Air Force air strikes in Syria, for instance, could be viewed in that same light, especially if the label is going to be applied to almost any violence with a connection to Islam or the Middle East, as the police seem to be doing here. If the terrorism label can be stretched downwards to something small scale like these stabbings, it can also be stretched upwards to most activity carried out by the British military.

Thankfully, no one has been killed in the attack, but the cry of “This is for Syria!” has unhappy implications. If the stabbings were indeed motivated as a response to this week’s air strikes in Syria by the RAF, that demonstrates that the policy has increased and not decreased the threat to the British people. This is precisely what many people had been warning before Wednesday’s vote in the House of Commons – including Labour leader Jeremy Corbyn, who tweeted his horror upon hearing of the stabbings.

The stabbing in Leytonstone is absolutely shocking. My thoughts are with the victim and his family.

So once again, Corbyn is shown to be a wise man of simple empathy and well-reasoned good sense, rather than the hare-brained utopianism of which he is often accused by the mainstream media. Meanwhile, Cameron’s macho posturing has already been shown to be the recklessness of a war-monger who has put his own people in danger, just so he can ‘look tough’. His desire to ‘do something’ in response to the terrorist attacks in Paris in November has taken just half a week to lead to blood being spilt on the streets of Britain. Saturday’s attack is not justified by the Syrian air strikes of course, but it is in no less a way motivated by them.

And this attack could be just the first of many.