cleaning the oceans: where to start before there is more plastic than fish ? - Canary 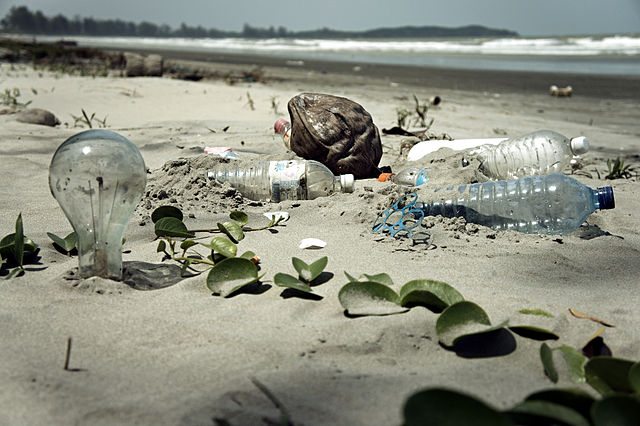 The truth is that plastic is everywhere in the ocean. And it is not doing any good. It will take wide-ranging action to improve the situation and industries need to start cleaning up their act now if we don’t want to see more plastic floating around than fish. Some countries are already taking baby steps to try to improve the situation, but it might not be enough.

The endless splurge of plastic in our oceans

According to Dame Elle Mac Arthur, there will be more waste plastic in the sea than fish by 2050, unless things change drastically. Today, an equivalent of a full garbage truck is being dumped every minute into the sea. And if no action is taken, this is expected to increase to two per minute by 2030 and four per minute by 2050. I don’t know about you, but this image makes me feel sick.

Plastics production has increased twentyfold since 1964, reaching 311m tonnes in 2014 and it is expected to double again in the next 20 years and almost quadruple by 2050. New plastics will consume 20% of all oil production within 35 years, up from an estimated 5% today. These are catastrophic numbers.

And these numbers are even more catastrophic if we consider that only 5% of plastics are recycled effectively. Ironically, the recent plunge in oil prices – now at £21 a barrel – has made it more expensive to recover plastics and recycle them than to make new plastic. For the industry, the choice is simple.

How about the remaining plastic, where does it go? Well, 40% ends up in landfill, some of it is burned to make energy – and make more plastic – and a third of the plastic waste in the world ends up in fragile ecosystems such as our oceans. At least 8 million tonnes of plastics leak into the ocean every year.

Oceanic plastic pollution comes from a wide variety of sources and it does most harm to wildlife and the economy close to coastlines. Large pieces of plastic can entangle marine animals, while tiny pieces can releases toxic chemicals and cause harm by entering the marine food chain – and ultimately our plates.

Solving the problem will not be easy, as the industry is under pressure to produce more to meet the demand, recycling systems are inefficient and Bioplastics are not developed enough and still more expensive to make than their petro-alternatives. Clearing up this mess will require combined social, political, scientific and engineering solutions to remove the pollution already out there, and prevent more plastic entering the ocean.

One part of the solution would be to help redesign products to limit their negative environmental impact. Such a procedure is currently underway. Dr Erik van Sebille talked in Parliament a few days ago (9th of May) to support a ban on plastic microbeads in cosmetic products.

Plastic microbeads have become common in everyday products such as shower gels and facial scrubs to exfoliate the skin. But, washed down the drain, these tiny pieces of plastic often slip through water treatment and environmental control and end up in the ocean, adding to the plastic debris and potentially harming marine life. The beads can get stuck in creatures’ stomachs and be toxic in large quantities.

One third of 504 fish tested from the English Channel by Prof Richard Thompson from Plymouth University had plastic in their digestive tract. Although the average was less than two pieces of microplastic, some seabirds have been shown to ingest larger quantities and there is evidence that worms at the bottom of the ocean can be harmed by the small pieces of plastic.

Stopping any plastic from entering the ocean in the first place could be the most effective and prudent way to deal with the ocean plastic pollution problem. Several nations, including the US, have already banned microbeads in cosmetics and the UK government says it will consider a unilateral ban on plastic microbeads in shower gels and facial scrubs if the EU doesn’t prohibit their use.

Of course, microbeads make up a very low proportion of plastics in use so a ban on the tiny beads wouldn’t solve plastic pollution, but it is an easy place to start. And a good way start addressing plastic pollution. Sensitizing people to the problem might just be the baby push they need so they start taking action and changing some of their daily habits.