As the Labour right continues its purge, the left is defending the NHS - The Canary 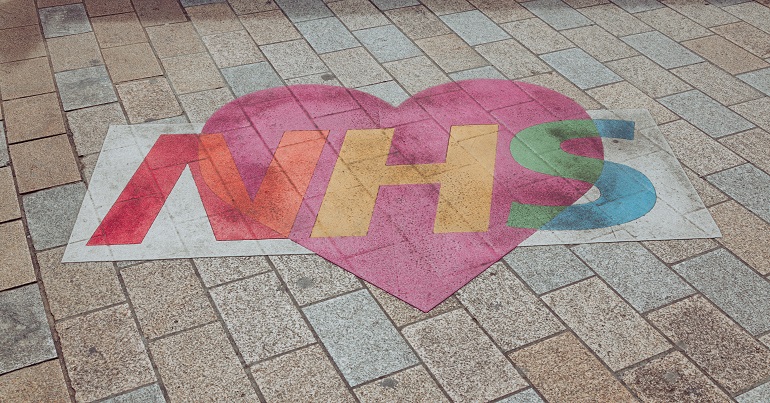 In October 2020, The Canary reported on ‘a right-wing power-grab’ at the Socialist Health Association (SHA). The SHA is an affiliate of the Labour Party that contributes to the development of Labour’s health policy. In its early days, the SHA campaigned for an NHS, which the Labour government then established in 1948. However, a member of the SHA who spoke to The Canary has said that:

In more recent decades, [the SHA] had became a figleaf for Blairite privatisation before shifting left under Corbyn.

Under Corbyn’s leadership, an SHA motion at the 2017 Labour Party conference led to Labour’s policy of defending the NHS from an American-based system – one which could lead “to a diminished range of services”. That motion meant Labour committed to:

an NHS which is publicly funded, publicly provided and publicly accountable.

Now, matters are coming to a head once again at the SHA. Because between 10 and 17 March, the SHA’s national elections take place ahead of its annual general meeting on 20 March. And left-wing SHA members are organising to fight back against the right-wing takeover and to protect the NHS from an American-based system. A system that could see insulting 1% pay ‘increases’ becoming acceptable and NHS services worsening.

Since October, matters have gotten worse. Because The Canary has learned that the current SHA leadership has further aligned itself to the right of the Labour Party for the upcoming elections.

Additionally, the SHA members who spoke to The Canary said the current leadership is doing all in its power to exclude left-wing members. This includes the threat of expulsion from the SHA.

On 6 March, left-wing members of the SHA attempted to launch their election campaign. However, the launch didn’t go ahead. In an email seen by The Canary, the current leadership stopped the launch saying it constituted “a data breach”. In that same email, current SHA chair Brian Fisher told these members:

This meeting threatens the integrity of the election, a situation which I am sure nobody wants.

The meeting must be called off immediately. [Emphasis in original]

SHA places you on notice that, should you fail to do so, we will need to consider disciplinary action against any SHA office holders involved in it.

The left of the SHA then cancelled this launch and responded on Twitter, saying:

At the end of 2020, Labour First (LF), sent out a letter encouraging people to join the SHA because:

The current leadership of the SHA is working hard with the Shadow Health Team to tackle the consequences of the government’s incompetence.

Sadly, at this time, the Hard Left has chosen to try to take over the SHA from its mainstream leadership.

And to help LF:

build on the positive changes that have happened within the Labour Party in 2020 and further strengthen the brilliant new Labour to Win coalition.

a network which exists to ensure that the voices of moderate party members are heard while the party is kept safe from the organised hard left, and those who seek to divert us from the work of making life better for ordinary working people and their families.

It’s worth mentioning that this same network welcomed Keir Starmer’s election as leader of the Labour Party as:

an important turning point after five dismal years where Labour descended into a morass of extremism, sectarianism and electoral decline.

It went on to add:

The Corbyn years were a disaster for Labour electorally, culminating in the worst parliamentary result since 1935, but also seeing our local government base decimated.

As well as failing in our primary mission of achieving power so that we can transform the country, our moral authority as a force for good in society was completely compromised by the antisemitism that infected the party.

Keir Starmer’s election is the starting point in rebuilding a decent, united party, free from the scourges of bullying, antisemitism and excessive factionalism, and regaining the trust of the electorate so that we can return to government and build a society based on social democratic values of justice and equality.

So LF has firmly nailed its political colours to the mast. And in addition to this strong public endorsement, LF member Gurinder Singh Josan officially endorsed certain SHA candidates for the leadership positions.

Overall, Evergreen Life welcomes the Plan. It is hugely ambitious, but in general, it offers healthcare professionals and patients a brighter future, with emphasis on getting the right health information at the right time for all to improve health outcomes. Evergreen Life will be on that journey hand-in-hand with the NHS to help get the best possible health and wellbeing for people.

This is the Tory programme Labour opposed in 2019. Then, Labour said:

We will stop Tory plans to further entrench the private sector delivery of health care under the cover of integration plans set out in the NHS Long Term Plan. Instead we will join up, integrate and co-ordinate care through public bodies.

While former Labour leader Jeremy Corbyn supported a similar position as the SHA, the position of the Labour party at large wasn’t so clear cut. In its 2019 National Policy Forum, the party included a quote from the Royal College of Physicians that said:

An ageing infrastructure, together with a substantial and growing repairs backlog, coupled with the lack of beds and space is causing strain on the health service. A lack of funding for infrastructure is undermining ambitions to transform the health service. The ambition it laid out in the NHS Long Term plan will be significantly hampered without additional capital funding

At present, Matt Hancock is proposing further NHS ‘reform’. Hancock’s proposals include “reducing bureaucracy” at the NHS. But as honorary president of the SHA professor Allyson Pollock pointed out, this could lead to less transparency.

Pollock and research associate Peter Roderick highlighted other problems with Hancock’s proposals as well. He proposes setting up new boards within the NHS. However, there doesn’t appear to be any control over who could join these boards. Thereby leaving them open to private companies.

After Starmer came to power, he promised ‘constructive opposition’. You don’t have to look too far to see how disastrous that strategy has been. And while he promised to end factionalism, his energy appears to be focused on on purging of the left.

The NHS was already in danger in Tory hands. So you’d think Labour would be fighting to protect it. Instead, it’s fighting the left. And at the end of the day, the biggest losers in all this could be the British people and their health.