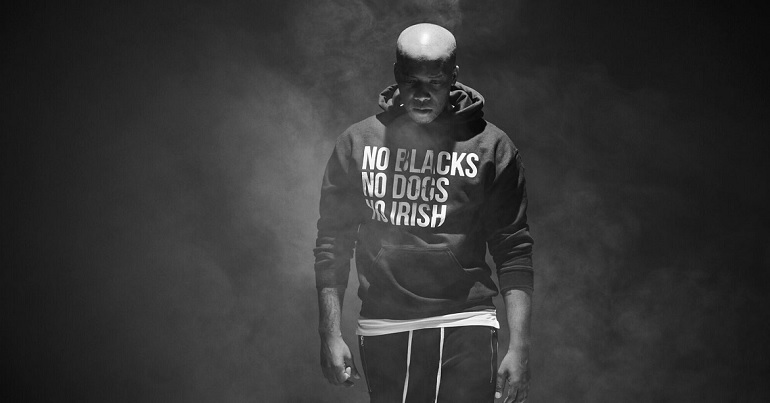 A grime artist’s latest track deals head on with the UK’s ‘hostile environment’ that the Windrush scandal sums up. But he’s gone further, telling The Canary that, despite the talk from politicians, racism still exists in ‘Great’ Britain. And by doing nothing about it, our elected representatives are taking “liberties”.

No blacks, dogs or Irish

Marci Phonix is a rapper from London. He shot to prominence in April after a debate with Conservative MP Kwasi Kwarteng over the Windrush scandal on Channel 4 News went viral:

As The Canary reported at the time, what Phonix did so well in the debate was to show the gulf that exists between some politicians and the communities they claim to represent. The situation for the Windrush generation is a prime example of this.

The Windrush scandal has been dominating the headlines for months. As The Canary‘s editor-in-chief Kerry-Anne Mendoza previously reported:

After the Second World War… parliament passed the British Nationality Act in 1948 and gave British citizenship to all people living in Commonwealth countries. This law granted them full rights of entry and settlement in Britain…

While home secretary, Theresa May passed an immigration bill which undid the rights of the Windrush generation.

It later emerged that the Home Office had deliberately destroyed the registration slips of Windrush citizens. This has made it impossible for many to prove their citizenship.

On Channel 4 News, Phonix’s no-nonsense style when talking about the Windrush scandal stood out. But for the rapper, this wasn’t enough – he felt like he had more to say. So he took to the recording studio – the result being his latest track, Liberties. He told The Canary that there were several driving forces behind Liberties, not least:

the underlying racist tones that still exist in this ‘Great’ Britain. These people are taking liberties for real, in more ways than one. After the interview on Channel 4 News, I left the building thinking ‘is this how some people really think?!’ Hearing the views, I went straight to the studio that night and started working on ‘Liberties’… I felt like there was still so much more to be said and just talking about it wasn’t enough; I had to get these things off my chest through my music. Especially knowing how fickle the media and general public can be, guessing no one will be reporting on the issue in weeks/months to come so everyone [will be] thinking everything has now been sorted.

But lives were totally destroyed, some even lost and I didn’t want this to be just another issue that gets dusted under the carpet. So what better way to ensure people ‘stay woke’…? PUT IT IN A SONG! In my music I say what I like, how I like. It’s done when I say it’s done.

Liberties is indeed now done. The track, menacingly dark, is generally sparse – using mainly string and brass synths, the signature swooping grime bass, and cymbals and high hats. This gives plenty of room for Phonix’s flow, and lyrics, to sail over it, with him spitting at a slow but purposeful rate:

22 days on the Windrush,

Teddy boys punched and kicked us.

Cleaned up after the blitz,

They’re supposed to support us.

Back then, they were calling us Brits,

Now they deport us.

The rise of the far right

Phonix is on point about the way that issues of ethnicity and racism still exist in society. A study by Daniel Devine for the London School of Economics showed, for example, that ethnically and religiously aggravated hate crime spiked after the Brexit vote, and again after several terrorist attacks: 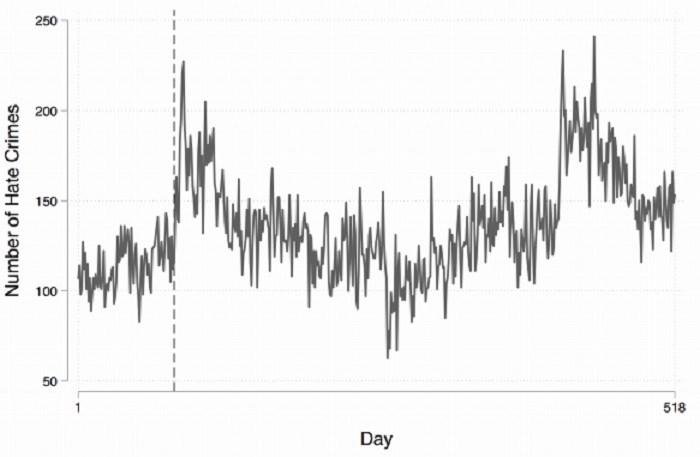 Meanwhile, as Guardian columnist Ellie Mae O’Hagan commented, British politicians are essentially playing catch-up with the rise of the far right in the UK, which is mirroring events on mainland Europe and in the US. While UKIP may have collapsed in the local elections, the recent incarceration of former English Defence League leader Tommy Robinson (and the social media outcry that followed) shows the impact far-right politics still has.

Phonix knows this, telling The Canary:

I know I may come across very negative but… I just want everyone to be aware that the race issues in this country are still very much alive and need to be addressed and not ignored. It’s not like we’re all holding hands in a meadow somewhere singing Kumbaya!

Only the other day the head of UKIP was on morning television with his girlfriend who said Prince Harry’s mixed-race fiancée (now wife) ‘will taint the royal family and pave the way for a black king’…! Now come on. If this person, in a position of influence and power, can support these disgusting statements… what would happen if we started digging a little further into the lives of other politicians and heads of states? My grandparents’ generation have never had much faith in this political system and I’m starting to really see why.

His lack of faith in the political system is only deepened by the severe under-representation of working-class Black, Asian and Minority Ethnic (BAME) communities in politics. This is not helped by the fact that 29% of MPs went to private school (compared with 7% of the general population), while 18% went to grammar schools. When it comes to ethnicity, there are currently 52 MPs from a BAME background; 8% of the house. This is compared to 13.6% of the population being non-white.

But as Phonix alluded to in his Channel 4 News piece, even when an MP is from the BAME community, it doesn’t mean he’s representative. Life for an Eton-educated MP like Kwarteng is very different from that of a young Black man on a council estate in, say, Thornton Heath, south London. Phonix told The Canary:

I’d never seen a politician on the council estate I grew up on and I don’t know anybody that has. They are so out of touch with the community it’s unreal! You can just look at parliament debates on Sky News on any random day and see how under-represented we are as Blacks and Asians in the running of this country! And often, the Black person that does make it into politics doesn’t come from a working-class background (like the majority of ethnic minorities in this country), so does not speak on behalf of us, and often doesn’t identify with the real struggles we go through. And of course, I know, they can’t let too many of us ‘commoners’ in, so whether it’s Labour or Conservative, you can bet that the ‘big boys club’ are only handpicking the best Eton, Cambridge or Oxford has to offer! #Liberties.

Phonix is quickly becoming a must-hear voice on the UK grime scene. But he’s also coming into his own when it comes to political and social commentary, too. Raw, real and on-point, he captures what the UK grime scene should be about: edgy music that is true both to the artist and the audience, while speaking truth to power. If politicians like Kwarteng weren’t already shook by intelligent artists like Phonix, they really should be.