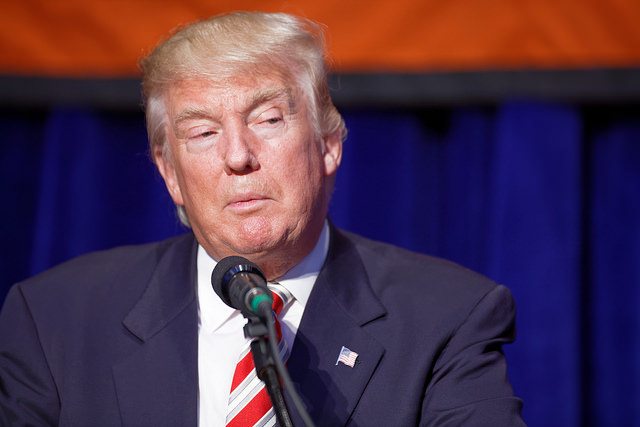 Donald Trump’s most well-known election promise is to build a wall on the border of the US and Mexico. But two engineers have created the ultimate internet calculator which exposes the reality with just one click. and destroyed the feasibility of this promise – or at least Trump’s justification for the promise.

‘Donald Trump’s Wall Calculator’ simulates the cost of building the US-Mexican border wall. It is the result of a six-week research and design process by Mateusz Mucha, the founder of Omni Calculator (an online tool that solves everyday calculations) and Tadeusz Zwoliński, a civil engineer from The Warsaw University of Technology.

In his presidential announcement speech in June 2015, he said:

I would build a great wall, and nobody builds walls better than me, believe me, and I’ll build them very inexpensively, I will build a great, great wall on our southern border. And I will have Mexico pay for that wall. Mark my words.

So how much will this wall cost?

The border is 1,989 miles long. And Trump wants his wall to be up to 40ft high. If we enter those numbers in the Wall Calculator, we get a figure of:

And that’s not considering the fact that he’s increased the height of his imaginary wall on a number of occasions. One estimate – of a wall 65ft high – would cost £48.9bn.

To be fair, Trump insists that only half the border would need a wall – as there are “natural barriers“. But for a 1,000-mile wall, at 40ft high, that would still cost $17,866,178,373. Even the construction of a wall along 675 miles of the border would reach $12bn – the top end of Trump’s estimates. And that’s ignoring Trump’s suggestions that the wall could be 65ft high.

There’s one important point that also deserves consideration, however. And that’s the fact that Trump wants Mexico to pay for the wall, and the fact that Mexican politicians still insist they won’t pay for it.

So where will the money come from?

Well, it’s difficult to know. And it almost certainly wouldn’t come from taxation, given that Trump’s plans would reduce federal revenues by $9.5tn within a decade.

But while the Wall Calculator can’t answer this question, it can tell us how far $17.8bn would go if used elsewhere.

Here are just seven ways the next US president could use the equivalent amount of money:

1) Nearly 6bn meals for the homeless

According to the National Alliance to End Homelessness, based in Washington DC, 564,708 people were experiencing homelessness on just one night in January 2015. With six billion meals, these people could eat three times a day for 3,541 days – or almost ten years.

Clean water is a public health issue in America – as seen with the crisis in Flint, Michigan in 2015, when lead was detected in the water at poisonous levels. But the crisis goes beyond Flint, and the Obama Administration has pledged $5bn to improve water accessibility and shortages.

More than 1.2 million people are living with HIV in the US. A fraction of them could receive treatment with Trump’s wall money.

Higher education can cost between $9,410 for a public university and $53,523 for the most expensive Ivy League institution. And many Americans can’t afford it. One Forbes survey shows [paywall] that people see it as “necessary, but too expensive and not well-suited to those with work and family commitments”. 60% of the population don’t go to university. If Trump doesn’t build his wall, two million more people could enter higher education.

5) Over eight million people could be protected from malaria

Malaria isn’t a big problem in the US. But worldwide, there are 214 million cases, and an estimated 438,000 deaths from the disease. Through its international development agency USAID, Washington could protect eight million people for the amount Trump’s wall would cost.

There is still no free healthcare in America. The high premiums of health insurance have compounded inequality. Poor Americans experience more health problems due to their circumstances, and they can’t afford to get better. But around 14% of the population could get help with thanks to the ‘wall’ money.

According to the Emissions Database for Global Atmospheric Research (EDGAR), the US is the second biggest CO2 emitter in the world. It emits over 5,000m tonnes of CO2 each year. But it takes 150m trees to absorb 82,000 tonnes of carbon annually. So planting 168.5m trees may only make a very small difference. This shows just how big a challenge the US faces on the environmental front.

At the same time, America could get over 64m Chromebooks for its schools, almost 600,000 new hospital beds, and care for over two million veterans, if it chooses not to build Trump’s wall.

A waste of money

In summary, America simply can’t afford the wall. Not when there are other serious areas for US society that should be a priority. The 36% of Americans who support the idea will have to decide very soon whether it’s more important to them than healthcare, education, housing, and the environment.