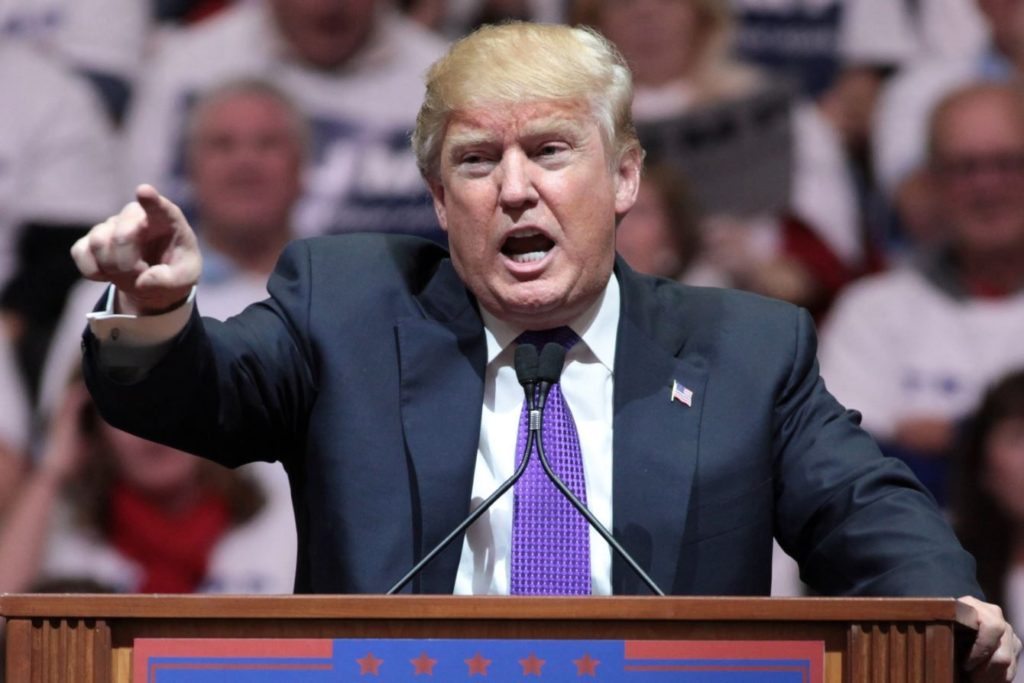 2016 has been a very eventful year, to say the least. But its official status as a ‘year of change’ was confirmed on 9 November, when the world woke up to the election victory of billionaire tycoon Donald Trump. And Twitter virtually exploded with comments about the controversial new US President.

Major news corporations, most of which supported Clinton’s nomination, focused on the impact and shock of the result:

Other publications reacted to the implications for global financial markets:

As it became clear Trump would be the next U.S. president, global investors reacted as if the world had caught fire https://t.co/StcTb0zXlF

A good number of US celebrities have come forward to express their disdain for the result. None more so than Lady Gaga, reported to have already led a demonstration outside Trump Towers:

Other US celebs included:

"The next wave of fascism will come not with cattle cars and camps. It will come with a friendly face." – Bertram Gross, "Friendly Fascism"

Of course, there are implications for countries beyond the US. Several UK politicians came forward with personal criticism of the result. They also reflected on how those who feel disappointed should proceed:

Trump's election as US President is a rejection of a failed economic consensus but his answers to the big questions facing America are wrong pic.twitter.com/CbiADRZo0S

A devastating day. For women. For people of colour. For a tolerant society. But we must not mourn, we must organise like never before.

My comment on #USElection – 'today is a moment for all of us who believe in tolerance and diversity to speak up for the values we hold dear' https://t.co/OkihVnuBp6

I hand over the mantle to @RealDonaldTrump! Many congratulations. You have fought a brave campaign. pic.twitter.com/txD3RFMQ2l

And there was one government in particular which reportedly received the news in a very positive fashion:

Russian parliament bursts into applause at the news Donald Trump is US president #Election2016 https://t.co/m8wp1Bkjgm

Among the multitude of tweets was some very poignant artwork. One piece doing the rounds was a tweet from David Rowe, an editorial cartoonist for The Australian Financial Review:

With the popular #NotMyPresident hashtag emerging across social media, it’s clear that many Americans are shocked by the result. But in times of trauma, the internet can now unite people like never before. To resist what’s wrong. To fight for a better world. And to unite with all those who feel the same way.