Julian Assange slams media critics, telling them to bring it on - Canary 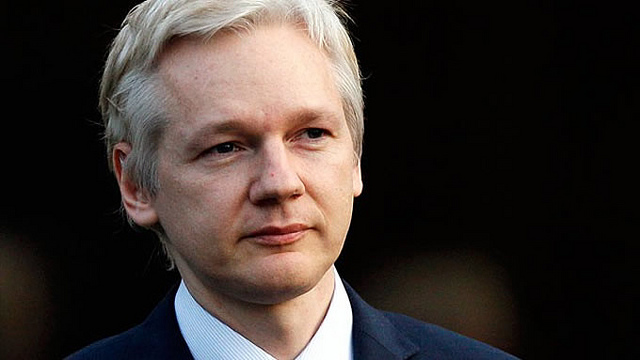 With Donald Trump’s less-than-favourable opinion of whistleblowers and the British government eyeing up its own ‘Espionage Act‘, those who question government misconduct have big targets on their backs today. WikiLeaks founder Julian Assange is one of those people. And now, he has hit back at critical voices in the media, challenging them to do better.

Assange throws down the gauntlet

At a recent discussion on the failings of modern media outlets, Assange said:

When the narrative of fake news came out and was then taken off effectively by the neo-liberal press and pushed around… I could see exactly where that was going.

The suggestion being that the mainstream media would use its fight against fake news to crack down on alternative sources of information. Even though it has been caught out telling porkies itself on numerous occasions.

And precisely because Assange is conscious of the failings of the media establishment, he insisted that:

WikiLeaks is very happy that there is a narrative about fake news out there because we have a perfect record of having never got it wrong in terms of authentications.

In other words, Assange is saying ‘bring it on’. Exposing lies is nothing but good news. And WikiLeaks can stand proud. The mainstream media, meanwhile, must rise to the challenge of fighting inaccurate or misreported content by being more thorough than ever before.

NSA whistleblower Edward Snowden also intervened in the fake news debate recently, insisting that the solution is not to ‘referee’ content. Instead, he said:

Indeed, with governments scrambling to control free speech, it’s now more important than ever to expose lies. Wherever they come from. And as the anti-‘fake news’ movement continues, it seems that champions of free speech like Assange and Snowden will be pivotal in leading the rebellion.

– See more Canary articles on WikiLeaks at The Canary Global.