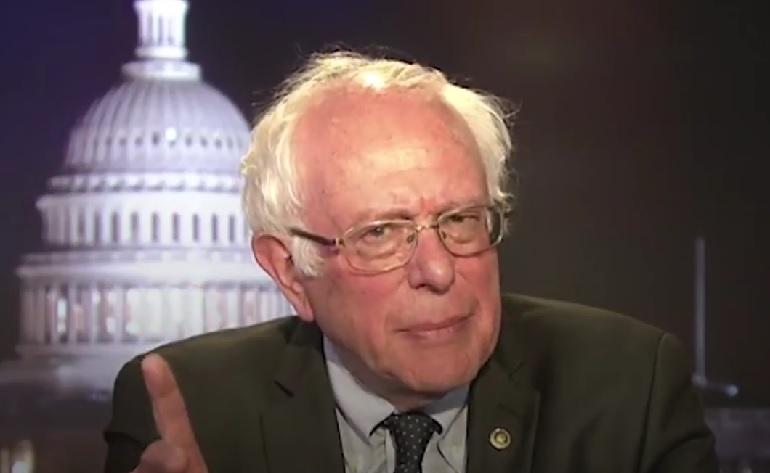 Donald Trump appears to be excited about recent developments in the Democratic Party. Feeling strengthened by an apparent defeat for the left wing of the party, Trump seems to be calling out to supporters of Bernie Sanders. But Team Bernie has other ideas.

Donald Trump quickly claimed that the Democratic establishment had rigged the election. A claim for which he had no proof. And a claim apparently aimed at getting support or sympathy from Sanders supporters.

The race for DNC Chairman was, of course, totally "rigged." Bernie's guy, like Bernie himself, never had a chance. Clinton demanded Perez!

A bad move from the Democratic Party

Perez’s victory was indeed another knock for those on the left of the Democratic Party. The Intercept‘s Glenn Greenwald argued that Perez had “proven himself loyal” to the party establishment’s “broken and failed” agenda. According to Counter Propa‘s H. A. Goodman, the election showed that the party had “abandoned Bernie Sanders’s revolution”. And for Jacobin, the Democratic establishment had clearly “waged war on Keith Ellison”.

Goodman, meanwhile, suggested that another Clinton candidacy in 2020 was not out of the question, even though a Sanders candidacy would be much better placed to win. And Vox claimed establishment Democrats weren’t worried about isolating Team Sanders because they would “come back into the fold” to oppose Trump as part of a united front.

However, Perez did choose Ellison as deputy chairman. And as The New York Observer notes, Perez’s election actually “exponentially increased the likelihood of Sanders running for president in 2020”. Largely because establishment Democrats would have to accept more balance in the party in order to avoid isolating already disenchanted voters even further.

So there was a silver lining to the bad news.

Team Bernie is alive and well, and leading the fight against Trump

Bernie Sanders and his supporters are not just giving in to the Democratic Party establishment, however. Sanders recently seemed reluctant to give his email list to the DNC, for example, insisting he would “continue to support those candidates who have the guts to stand up for working families and take on the big money and trusts”.

And Team Sanders definitely doesn’t see Trump as an alternative to the Democratic establishment. On Twitter, for instance, the @SenSanders account has been trolling Trump for weeks.

It has focused mainly on calling the President out on his lies:

Trump attacks the media all the time because he lies all of the time. It's imperative we all stand up to Trump's drift to authoritarianism.

Good thing we have Donald Trump, a pathological liar, to tell us the “truth." https://t.co/xOHbu3ixs7

I disagreed with President Bush all the time. I never called him a pathological liar. He was just conservative. But Trump lies all the time.

But Sanders has also kept up pressure on Trump for his actions:

Trump said he would take on Wall Street guys. It turns out that “taking them on” means filling up his cabinet with them. pic.twitter.com/sRq6z44yeJ

Most Americans want to expand Social Security and Medicare, yet I didn't hear Trump say one word in yesterday's speech about these programs. pic.twitter.com/50VrPL4sS7

Those of you who have been attending rallies, keep up the fight. Your efforts are working and the Republicans are now on the defensive. pic.twitter.com/070et0Y6W8

Eyes on the prize

In short, Team Sanders is keeping its eyes on the prize. It knows the challenges it faces within the Democratic Party. It knows that the party establishment isn’t going to move aside without a fight. But it also knows that Trump and the Republicans are the main enemy. And it is very much leading the fight against them.

Sanders and his supporters know this is the best way of bringing greater popularity to their cause. And they know it’s the best chance they have of winning the next time elections come around.