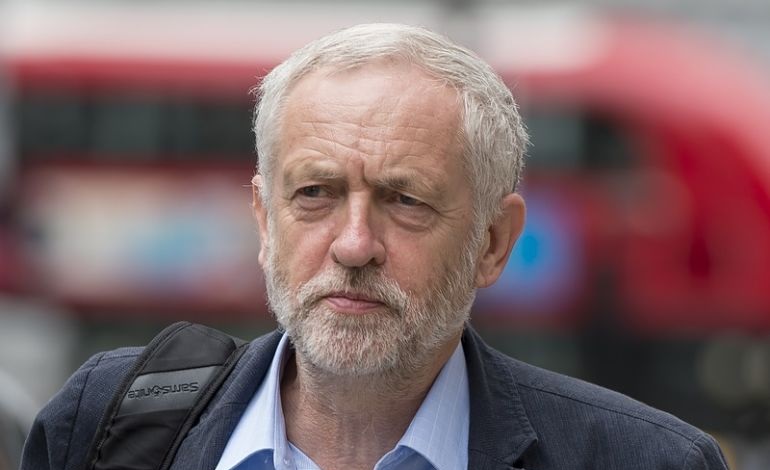 The Norwegian Nobel Committee gave the peace prize to the International Campaign to Abolish Nuclear Weapons (ICAN) on 6 October. ICAN has been instrumental in securing a new UN treaty on getting rid of nuclear weapons.

Corbyn has a longstanding commitment to nuclear disarmament; many party members and the wider public feel the same. But the media and his political opponents have regularly used this position as a stick to beat him with.

The committee’s decision, however, shows that some don’t see an anti-nuclear stance as a weakness but as a strong, commendable posture. And in this situation, the most highly recognised ‘mainstream’ award body in the world has apparently taken that view.

And the winner is…

Speaking about its decision, the committee said:

Countries began signing the Treaty on the Prohibition of Nuclear Weapons on 20 September, after adopting it in July. It essentially commits signatories to never having nuclear weapons; and to getting rid of any they already have.

And last prize goes to…

But some countries have chosen not to sign the treaty. The UK is among them, along with the other eight nuclear powers.

The need to avoid a nuclear apocalypse killing millions upon millions of innocents and wrecking our planet… is becoming ever more pressing.

And that’s something the Norwegian Nobel Committee, ICAN, Corbyn, and many of the world’s populations agree on. Because it’s bizarre and dangerous to think anything but.

– Take action with the Stop the War Coalition, Campaign Against Arms Trade and the Campaign for Nuclear Disarmament.