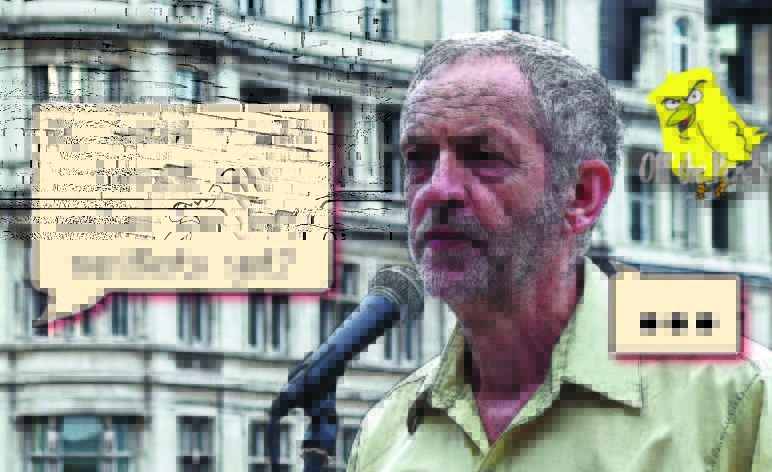 A week ago, the Conservatives were criticising Labour for not costing its fully-costed manifesto. This week, they dropped a manifesto of their own. A manifesto which was less rigorously costed than even the most preposterous Wile E. Coyote scheme.

Labour has a lot to answer for

The press do of course need to know how well-costed these manifestos are. Or at least they do in Labour’s case anyway. As obviously they can’t ask Theresa ‘mainstream’ May how she plans on costing her ideas, because:

This is why journalists were seen shouting at Jeremy Corbyn:

Oi, Hugo Chavez! This manifesto doesn’t add up! I can see that you’re gonna rake in a fair bit of money taxing people with dementia, but how will the rest of it be paid for?

Corbyn politely explained that this wasn’t his manifesto while a backing group of MCs beat-boxed some grime behind him.

Which of course led to the headline:

LABOUR REFUSES TO DO ITS SUMS

Rather than holding May to account, the media chose to focus on her attempt to capture traditional Labour voters. Which she’s doing by pledging to eviscerate foxes, tax elderly dementia sufferers, and snatch school meals from children.

Because as we all know, there’s nothing we simple Labour-voting types hate more than foxes, our elderly relatives, and our children.

And thank God we’ve finally got a PM who isn’t afraid to tell the truth about that!

TODAY: At last, a PM not afraid to do what the press tell her. #MailFrontPages pic.twitter.com/7bhLPaASou