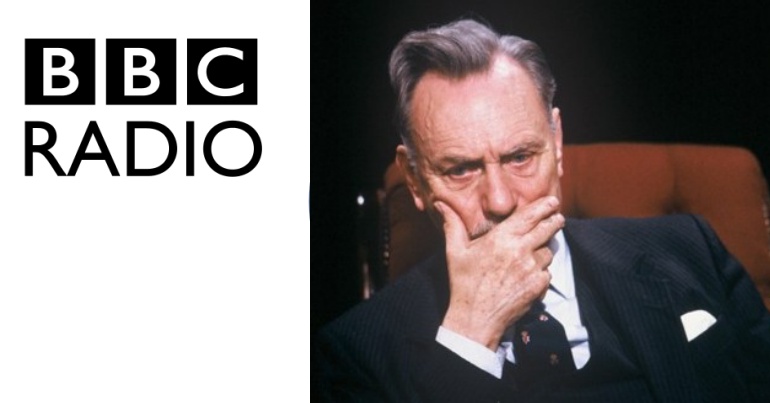 On 14 April, BBC Radio 4 will broadcast Enoch Powell’s infamous ‘Rivers of blood’ speech in full. And while the BBC has defended its position, the decision to broadcast has drawn widespread criticism, including from those who contributed to the programme.

On 20 April 1968, MP Enoch Powell gave an anti-immigration speech to Conservatives in Birmingham. This came days before the second reading of the 1968 Race Relations Act in parliament. Powell was subsequently dismissed from the shadow cabinet by Edward Heath, who said:

I have told Mr Powell that I consider the speech he made in Birmingham yesterday to have been racialist in tone and liable to exacerbate racial tensions. This is unacceptable from one of the leaders of the Conservative Party.

The BBC said “there would be ‘rigorous journalistic analysis’ and the show was not endorsing controversial views”. But many are critical. Labour peer Andrew Adonis asked Ofcom not to broadcast “the most incendiary racist speech of modern Britain”:

Powell’s 1968 speech – ‘I see the River Tiber foaming with much blood; in 15 years time the black man will have the whip hand over the white man’ – is the worst incitement to racial violence by a public figure in modern Britain. The BBC should not be broadcasting it on Saturday

My letter to Sharon White, head of Ofcom, asking her to instruct the BBC not to broadcast Enoch Powell’s incendiary & racist ‘rivers of blood’ speech on Saturday pic.twitter.com/QXOZwR99bP

And many took to Twitter, concerned that the broadcast will perpetuate anti-immigration racist views:

The Windrush Generation fought fascism during WW2, colour bar in 50/60s & SUS in https://t.co/T8piAviZNy has a duty to bring communities together not divide as Powell did #RiversofBlood .Where are your values on race equality&sensitivity in this challenging time for Black people https://t.co/qOHVQDQ0C3

Enoch Powell was my contemporary and he was a racist. Moreover many in the Tory party ascribed to his anti immigrant bigotry and still do. Unless the BBC says that it will negate the fact that #riversofblood is hate speech & to air it is simple sensationalism on the BBC's part.

The BBC broadcasting Enoch Powell's Rivers of Blood speech shows that not only has racism become normalised, it is now fashionable. Some people will tune in and view the speech as a call to arms and believe, that because it's on the BBC, this line of thinking is acceptable.

#EnochPowell is the closest thing to a prophet my generation has seen. His "Rivers of Blood" speech forsaw the situation we are now in and which is becoming worse by the day. That he was kicked out of the Tory Party should have warned us about the direction the Tories would take. https://t.co/p4I4MvTcls

This is the kind of thing already on racists' timelines, broadcasting will probably encourage them. pic.twitter.com/hVgCmLnjac

Enoch Powell is a “hero” of the far right:

the phrase “Enoch was right” has been used by people as a shorthand to say that immigrants should be sent back to where they came from.

But both the BBC and its media editor Amol Rajan defended the programme:

V excited re @Sathnam's show. As a preview on Saturday night, you MUST listen to our @BBCRadio4 special on Rivers of Blood. First time EVER the speech will be read (by an actor) in full on UK radio. With some superb contributors https://t.co/3XvDMSH16dhttps://t.co/NYghtN9qEo

Naively, I assumed people would click on the link. So let me clarify, for @Andrew_Adonis and others, that the speech is broken up, and critiqued by voices from across the spectrum. Not just read out in a single go. Though of course some will still object https://t.co/ZTGNYHnNgt

However, Shirin Hirsch, an academic who contributed to the show, was unhappy and “disgusted” with the BBC. She said on Twitter:

Disgusted by the way the BBC are promoting this show. I made a mistake and was interviewed for this but I have been sick with worry since seeing the way this is being presented.

But at first, the BBC didn’t responded to her concerns:

I haven’t signed anything but the producers are not answering my calls or emails where I am clearly asking for my quotes to be withdrawn. I spoke to one producer today who said it was too late to withdraw.

And she thanked those who offered support:

Thanks. I’m still hoping my section will be withdrawn from the show. When I was asked to be interviewed I wasn’t told the full speech would be played. but I should have been more careful. Whole experience has been terrible.

Finally, at 4.20pm on 12 April, she announced that the BBC had removed her contributions, and she deleted her previous tweets.

I’m not going to be included in BBC programme tomorrow, thanks all x

Although it seems unlikely that there will be any further change to the broadcast, it lands against the backdrop of an “unprecedented spike in hate crime against ethnic minorities”. Figures from 2016-17 revealed a 29% rise in hate crime. Not only is the UK press the “most right-wing” in Europe, it was also the “most aggressive” in reporting on Europe’s ‘migrant’ crisis.

Dear @BBCRadio4
Days after Enoch Powell's Rivers of Blood speech in 1968, a black family’s christening party was attacked by a white gang chanting “Powell” and “Go back to your own country.” The baby’s grandad was slashed in the face with a knife.
Please think again.
Regards,
Tom

And fifty years later, racism is still rife in the UK, even if it goes largely unreported by the BBC:

Another news item today that hasn't made it to @BBCNews. The scandalous treatment of Caribbean people who came to the UK as children 50 odd years ago who are being treated as illegal immigrants. 12 Caribbean nations have finally told the Govt, "Enough is enough."

Despite its defence of the programme, the BBC will broadcast a racist speech.

Racism is racism. There’s no way round this. And there’s no excuse for sharing words that should never have been spoken in the first place.

Featured images via Wikimedia and Wikimedia