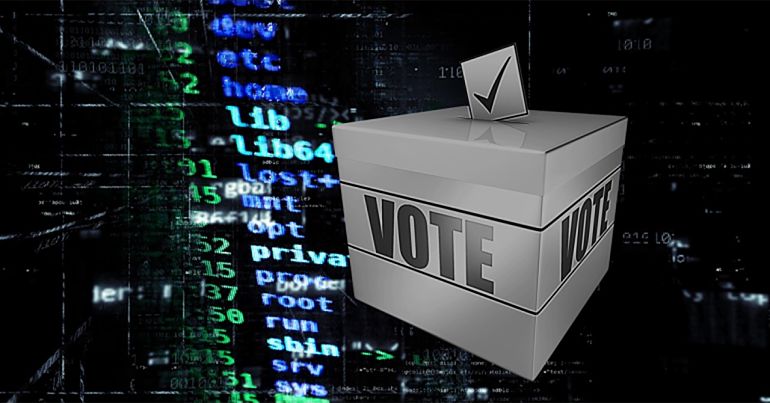 Archived webpages reveal that the SCL Group (SCL), the parent company behind data miners Cambridge Analytica (CA), worked on three UK elections. This admission may have huge implications for those in power.

Meanwhile, US Senate investigations could have serious consequences for certain British politicians.

In the coming days, parliament will question key players in Cambridge Analytica UK and SCL on their activities. This includes the use of data harvested from Facebook.

Previously, The Canary revealed the close links between SCL and leading Conservatives and Conservative Party backers. We also revealed key SCL defence-related projects for the Ministry of Defence and NATO.

Now we can reveal that SCL worked on at least three UK general election campaigns prior to 2017. In a statement, still visible on an archived webpage, SCL says:

SCL Elections has worked on three UK election campaigns over the past 15 years. During the first of these elections, SCL was contracted to undertake advanced behavioural polling and Target Audience Analysis, and was subsequently credited as being the only agency to correctly predict the outcome of that General Election. For the two subsequent elections, SCL Elections provided campaign consultancy and strategic guidance for specific candidates.

On whose behalf did SCL Elections work?
For which candidates?
What charges were made for each campaign?
Were those charges properly declared?
What precisely did the work involve?

And answers to those questions would establish the full truth about SCL’s involvement in UK elections. The Canary asked SCL for comment but we received no response by the time of publication.

The Wall Street Journal reporting that the new CEO of Cambridge Analytica will be none other than Julian Wheatland. He's the chair of SCL Group, as well as the Oxfordshire Tories. Here he is out campaigning with David Cameron. pic.twitter.com/gff2sYRGJJ

Perhaps Wheatland can throw more light on the elections that SCL worked on.

Wheatland is also a director of Emerdata. This company includes Johnson Chun Shun Ko, who is business partners with Erik Prince. Prince founded the mercenary outfit Blackwater (later renamed Xe, then Academi). He got into hot water in March after it was alleged he lied to the US Congress about his trip to the Seychelles, where it was claimed he set up a ‘back channel’ for US president Donald Trump with Russian president Vladimir Putin.

Meanwhile, Wheatland is also a person of interest in the ongoing US Congress investigations [pdf, p13] into alleged links between President Donald Trump and Russia:

And a Senate committee has requested [pdf] that CA produce:

No doubt the Senate will also want to investigate an SCL contract with Global Engagement Center (GEC). This US state agency specialises in countering “propaganda and disinformation”, otherwise known as psyops [pdf]. 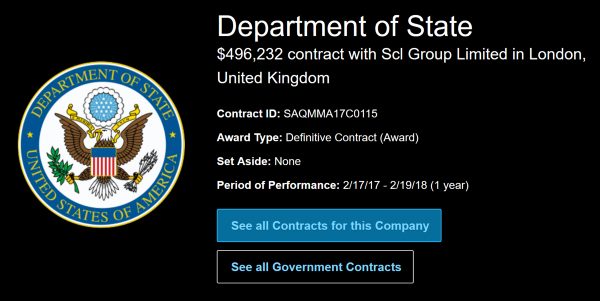 The Senate demand additionally includes communications relating to Trump and other individuals:

One name that stands out is George Papadopolous, Trump’s former foreign policy advisor. The British Foreign and Commonwealth Office (FCO) confirmed that Papadopoulos met with British minister Tobias Ellwood as well as a “high-ranking” person with the FCO. And it was Papadopoulos who accused [pdf] a ‘professor’, identified as Joseph Mifsud, of being a Kremlin go-between. Mifsud allegedly tipped off Papadopoulos about ‘dirt’ on US presidential candidate Hillary Clinton, though Mifsud denies [paywall] this. In October 2017, British foreign secretary Boris Johnson was photographed at a Conservative Party event standing next to Mifsud. Papadopoulos is now fully co-operating with US authorities in its investigations.

This story clearly has a long way to go and there are many unanswered questions. Those questions need strong political will to pursue the truth. However, that is itself open to question given the strong ties CA and SCL have with US elites and the British establishment.

Those who benefited from alleged election or referendum fixing may not be enthusiastic about revealing the full truth of how that happened.

CORRECTION: This article was amended at 7.00pm on 12 April. SCL worked on at least three UK general election campaigns prior to 2017, not 2015.