The Sun's 'symbiotic relationship' with terrorism is laid bare - Canary 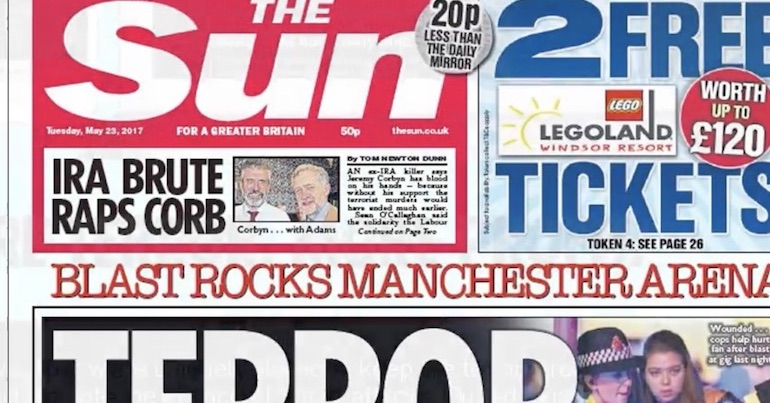 Darren Cullen, a ground-breaking satirical artist, has lifted the lid on the symbiotic relationship between the Sun and terrorism. In the wake of any tragedy, the Sun sells more papers, and thus generates more revenue from advertising. Cullen’s project highlights this twisted relationship.

This is the latest project by the artist who created Pocket Money Loans at Banksy’s Dismaland. As part of a residency with Rapid Response Unit (RRU News), Cullen examined the Sun‘s “symbiotic relationship with terrorists” and created a “terror pricing” card. He sent this out to the marketing departments of over 200 companies that regularly advertise with the Sun.

The card offers advertisers an upgrade for “premium ad placement next to a terror story”: 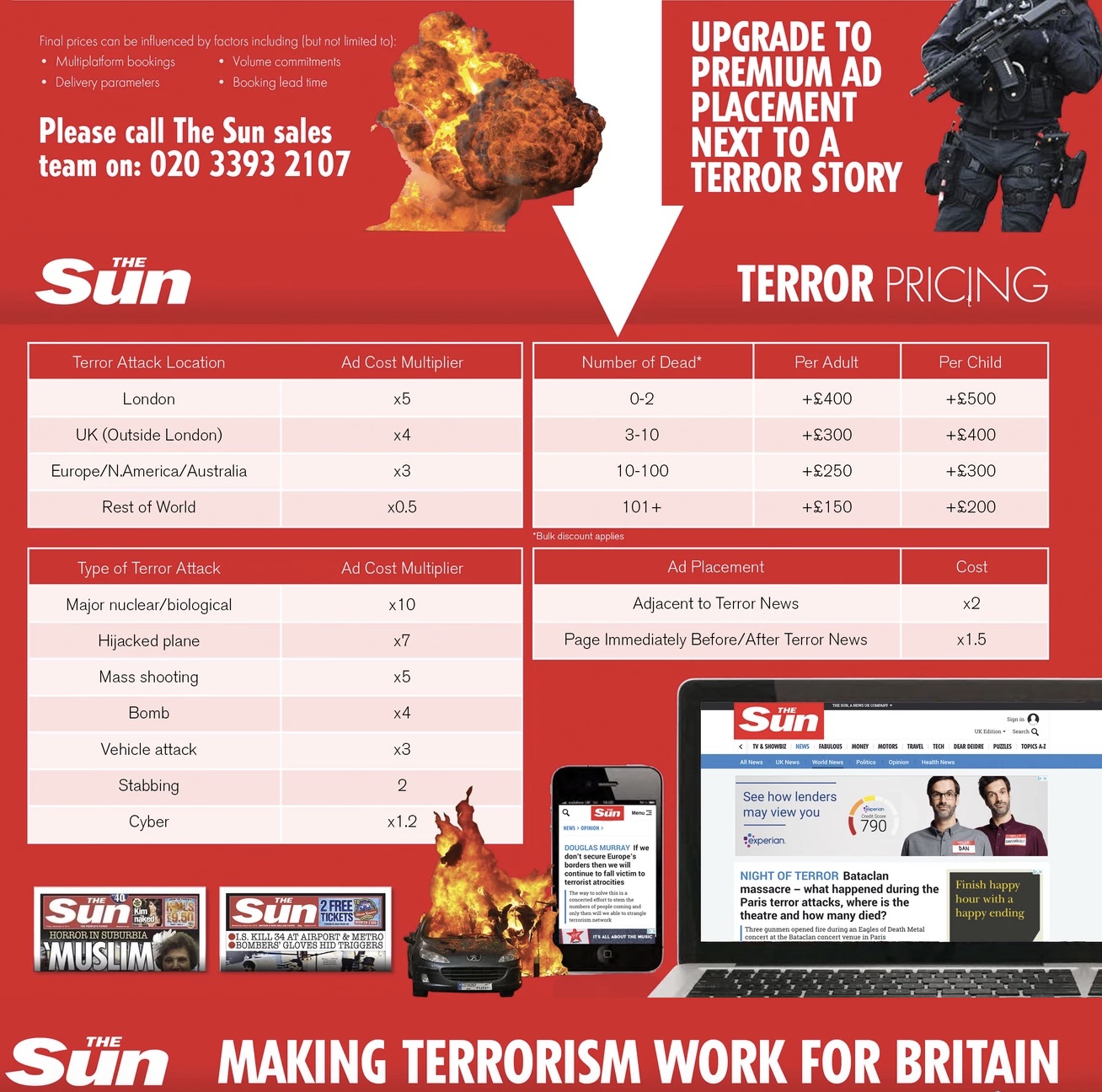 As Cullen’s website explains, the Sun‘s “readership increases immediately after a terror attack” – so advertisers sell more products. But this also means that it’s:

against the business interests of the paper to encourage any policy which reduces the risk of terrorism, which explains why The Sun’s editorial position consistently advocates policies, such as the Iraq war and banning the burqa, which increase religious and racial tensions and therefore the risk of terror attacks.

Cullen produced a satirical work of ‘political agitation’. But it shines a light on the terrifying ethos of the UK’s most widely read ‘newspaper’.

With a circulation of 1.45m copies, the Rupert Murdoch-owned Sun is the UK’s most widely read paper.

Tabloids rely on adverts for income. Cullen chose the Sun because of its “long history of demonising communities… thought to have some kind of latent support for terrorism”. Historically, this was Irish communities; and since 9/11, this extended to Muslims. As he explains, the Sun has “consistently played on those fears”, but also has “the ear of the British government” because of its huge readership. Cullen’s leaflet explains:

If terrorism is good for their business model and terrorism makes them money, then we have to be suspicious of anything they say about how we should combat terrorism – because it’s not in their interests to stop terrorism. It makes them rich, so why would they want to stop it?

Cullen’s message is a perfectly timed warning – because across all print journalism, ad revenues are falling. In 2017, for example, the Sun reported a loss of £24m.

The power of Cullen’s project shines throughout the leaflet, explaining the “symbiotic” relationship the Sun has with terrorism: 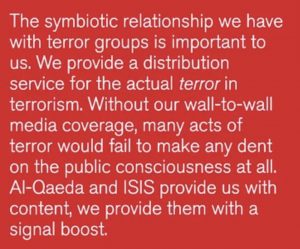 But it goes further, to point out that terrorism is also “good for the economy”:

And Cullen has a point.

For example, BAE systems is “the world’s fourth largest arms producer”. In 2017, it secured £3.7bn in procurement contracts from the Ministry of Defence.

The Sun also played – and continues to play – a leading role in exploiting fears about immigrants.

Cullen’s project is a stark reminder of the sickening way the Sun exploits genuine tragedies. The ‘paper’ manipulates public fear and unashamedly promotes a racist, right-wing agenda. And Cullen’s searing satire exploits this for what it truly is.

Let’s hope the advertisers who received the leaflet took notice too.

All images via screengrab and Darren Cullen (with permission)