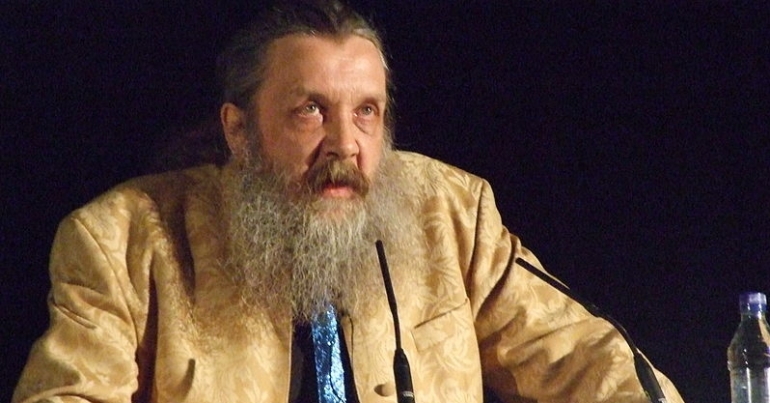 Alan Moore, the comic book writer who brought us V for Vendetta and Watchmen, has “briefly come out of retirement”. He’s done so in order to contribute to a new comics anthology about the 2017 Grenfell disaster.

Raising money for the Grenfell survivors

24 Panels is a follow-up to 24 Stories, a short-story collection that featured the likes of Irvine Welsh (author of Trainspotting), Christopher Brookmyre, Meera Syal and Pauline Melville. The anthology will include works from unpublished writers as well as Moore and others. The editor-in-chief of 24 Panels is Kieron Gillen, the writer behind Phonogram, The Wicked + The Divine, and Young Avengers.

Stories can be up to 24 panels (hence the name) and they focus on the themes of hope, unity, positivity, and community. All proceeds will go to the Trauma Support Network, a service that provides free therapy and support for people impacted by mass trauma events. Most survivors of the Grenfell disaster are struggling with post-traumatic stress disorder (PTSD).

For the collection, Moore produced a poem titled If Einstein’s Right… The illustrations are by Melinda Gebbie. One panel features a mug shot of Boris Johnson, with the words:

That same year a Bullingdon club clown / swears that he’ll leave fire services alone, / Then, three years later, cuts them to the bone, / Says, ‘Get stuffed’ as ten stations are closed down. And twenty-seven engines fade from view. / He also shall endure forevermore. / His treacheries caught in time’s amber, for / Disgrace and shame are both eternal, too.

The Grenfell disaster, one year on

Evidence shows that the Royal Borough of Kensington and Chelsea (RBKC) cut £1m from the refurbishment of Grenfell Tower. RBKC also changed the type of cladding from a fire-resistant product approved by the residents to a cheaper one that has since failed fire tests. This saved the council nearly £300,000.

The government is failing to learn from such errors. The Equality and Human Rights Commission wrote to the Department for Housing, Communities and Local Government (DHCLG) about the use of combustible cladding in existing high-rise buildings. But work has still yet to start on 45 out of 159 social housing buildings that have failed safety tests. And only 13 have so far been completely reclad to make them safer.

The government has failed to protect – and continues to ignore – human rights and safety. Moore’s poem, described by Gillen as “one of the most politically charged pieces in the book”, is likely to make a powerful impact.

– Read more articles from The Canary on the Grenfell disaster.