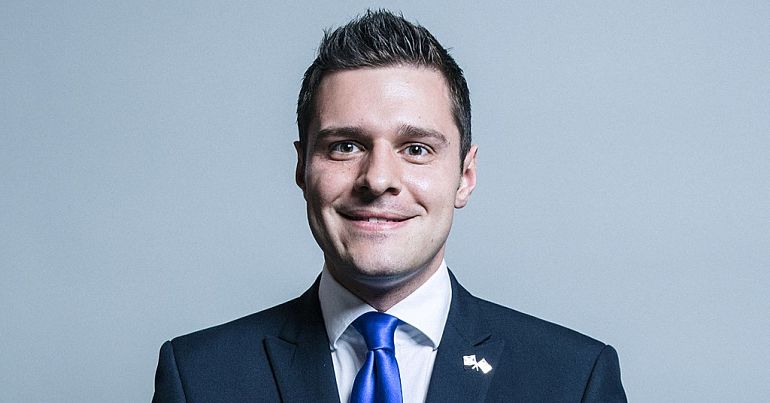 Scottish Conservative MP Ross Thomson had a busy day on social media on 15 November. He spent his time congratulating the various cabinet ministers who resigned over the Brexit deal on Twitter. He even called on the secretary of state for Scotland David Mundell to quit.

Perhaps Thomson was channelling his “inner dictator”, as he has done in the past.

“Thank you for your principled stance”

The MP for Aberdeen South hailed Dominic Raab as a “hero” for resigning as Brexit secretary after the government proposed a Brexit plan Raab himself had negotiated:

👏🏻 Hero. Thank you for your principled stance and for putting the integrity and the interests of our United Kingdom first. The proposed deal is damaging and detrimental to our Union. https://t.co/VM3zZuGws9

To be fair to Thomson, he wrote in the Scotsman on 14 November saying he wouldn’t support May’s Brexit deal – the one his “hero” negotiated. At least you can’t accuse him of being inconsistent.

Raab’s disagreement with the Brexit plan, however, suggests he wasn’t wholly in the driving seat in securing it. Jacob Rees-Mogg claimed at his self-induced press conference on 15 November that the Brexit deal is “being run by Downing Street”:

“No Unionist in good conscience can support this deal”

After Raab, Esther McVey resigned from May’s cabinet. The Department for Work and Pensions secretary said the Brexit deal was a “risk [she] cannot be party to”.

And you guessed it, Thomson shared his enthusiasm for McVey’s resignation too:

👍🏻 Thank you Esther! You are right that this deal puts at serious risk the integrity of our United Kingdom. No Unionist in good conscience can support this deal. https://t.co/Kid00alcQc

So as May’s cabinet was going up in smoke, Thomson gave McVey a thumbs up emoji.

But in his defence, a number of politicians say May’s deal could pose a risk to the United Kingdom. So much so that the Scottish parliament is making noises about another independence referendum.

“Doing the right and brave thing”

Thomson’s hand clapping didn’t stop there, though. The Scottish Conservative also thanked Suella Braverman for standing down as a junior Brexit minister:

Thank you Suella for doing the right and brave thing. https://t.co/O5WKK3OTTF

As reported by the National, Thomson even called on Mundell to resign over the ‘differential deal’ for Northern Ireland. In a WhatsApp message, seen by the BBC, Thomson said the backstop arrangement would:

We have already seen the SNP leaping on this calling for a differential deal in Scotland.

Given that two members of the cabinet have resigned on the basis that the proposals put at risk our Union I want to urge you in the gentlest and strongest terms to follow suit.

But if that wasn’t enough, he then went on U105 Radio to talk about Rabb and McVey’s resignations. And you guessed it, he shared U105 Radio‘s tweet on his Twitter:

LISTEN ¦ Scottish Tory MP @RossThomson_MP on why he supports Dominic Raab and Esther McVey in their resignations and why he wont support the PM's deal https://t.co/cZOfWn3R2M pic.twitter.com/WwrZsZoBmM

Twitter was a very vibrant and active place on the 15 November. The reaction to Thomson’s tweets were no different. Someone called for Thomson to be a “hero”:

Be a hero too Ross, you can do it, resign.

Another pointed out the irony in Raab resigning:

Hero? He resigned over the deal he negotiated.

Meanwhile, one Twitter user called out the Scottish Tories for not standing up for Scotland:

Ross stands in the sidelines clapping SEVEN Tory resignations but like all Scottish Tories, not one of them will give up their gravy train to defend the damage being done to Scotland, due to this #BrexitChaos catastrophe

And of course, some had a Universal Credit-themed dig at McVey:

You've got to give Esther McVey credit, but only after a period of six weeks.

It was a busy day on social media for this Scottish Conservative. But he didn’t share any posts about the prime minister’s speech from 10 Downing Street about “pressing on”. Maybe he was too busy with other PR engagements.

If he joins the other Conservatives in submitting a letter of no confidence in May, he’ll probably share that on Twitter too.