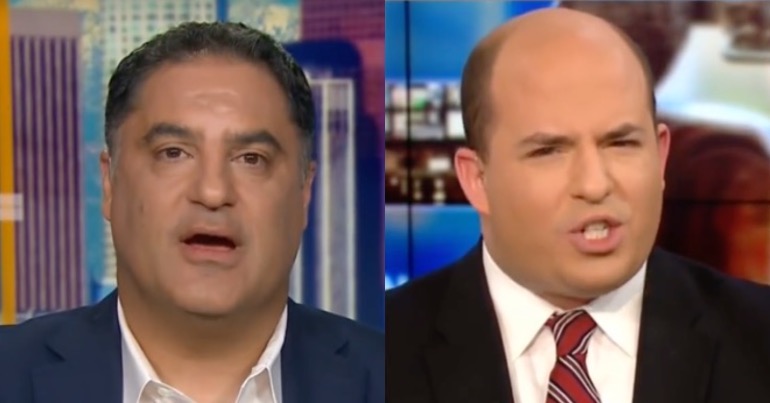 Cenk Uygur, an outspoken voice of indy media in the US, has launched another scolding criticism of the mainstream media (MSM). And the best part? He did it right to their faces live on air.

Uygur is the founder of indy media YouTube sensation The Young Turks (TYT). And the outlet is arguably becoming more and more influential over voter preferences for Democratic Party candidates. A prime example of this was its coverage and support of recently elected democratic socialist Alexandria Ocasio-Cortez. The latter appeared on TYT regularly, while the MSM all but ignored her bid for congress. MSM outlets reacted with shock as she rose in prominence, much as UK media did with the strong performance of Jeremy Corbyn in 2017.

And recently, during an exchange discussing Ocasio-Cortez’s politics on CNN, Uygur didn’t waste the opportunity to remind the MSM outlet of its poor journalistic performance. In particular, he slammed it for ignoring her as a candidate and instead preferring corporate-sponsored candidates. But more fundamentally, he claimed it was complicit in allowing money to dominate US politics:

whether it's in London, New York or Washington, all the media bubble freaks have the same smug, self-satisfied and disdainful expression on their face when they're exposed for the corporate hacks they are pic.twitter.com/k0sEwl85IF

You can also watch the full interview here, where Uygur discusses the strengths of Ocasio-Cortez’s politics:

Too independent for the MSM

Uygur’s hostility to the MSM is unsurprising. As well as founding TYT, Uygur previously had a show on MSM network MSNBC. At the time (in 2010), this was a great coup for an indy media figurehead to use a large, well-resourced platform to promote progressive politics. But he ultimately left the network. And he later claimed during an interview with Joe Rogan that an MSNBC executive had warned him about being overly critical of the Obama administration and to change his tone. You can watch his full extraordinary account below:

The CNN exchange with Uygur reveals an incredible sense of entitlement that exists in the MSM. Mainstream outlets all but ignored a democratic socialist candidate in Ocasio-Cortez. They also acted with shock at her success. And then, they play the victim because she doesn’t lavish them with media appearances.

But make no mistake, MSM outlets haven’t changed their tune on Ocasio-Cortez. Media is an aggressive form of business in the US, and she would be nothing more than a ratings-winning product for them to market. That’s why they’re upset that she’s not falling over herself to appear on their shows.

Uygur is right: the MSM establishment is ‘aiding and abetting’ money’s corruption of US politics, and it may not even realise it.