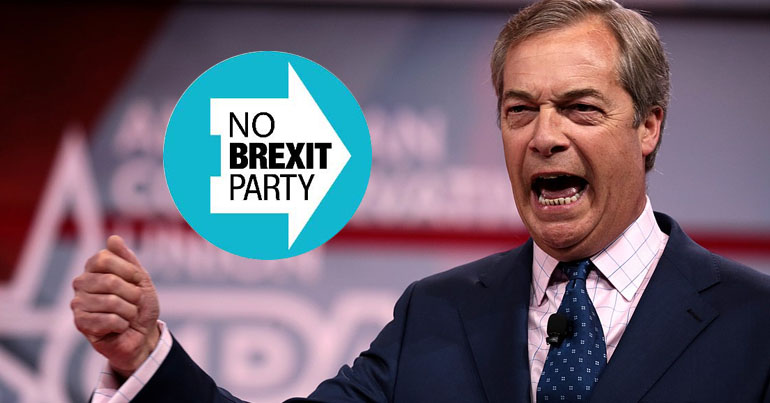 Former UKIP leader Nigel Farage has launched his new political party. Farage said the Brexit Party would ask “the electorate… to begin a political revolution in the UK”. But pranksters sabotaged the launch before it even got off the ground.

Anti-Brexit campaigners Led By Donkeys tweeted on the morning of 12 April that Farage “forgot to register the website” for his new party. The tweet included a link to thebrexitparty.com. And Farage isn’t going to be happy about the site:

Big day ahead for @Nigel_Farage and his new Brexit Party as he launches his European election campaign. Shame he forgot to register the website. https://t.co/cP6UlkdOMe

Nigel Farage wants to register a huge victory in the European elections, but he can’t even register his own website.

And it’s designed to parody the Brexit Party, including editing its logo to say “No Brexit Party”. The website goes on to say that Farage’s role in the leave vote created the “biggest, most passionate pro-European movement” on the continent. To this end, it encourages readers to vote against Farage in the European elections taking place between 23 and 26 May. 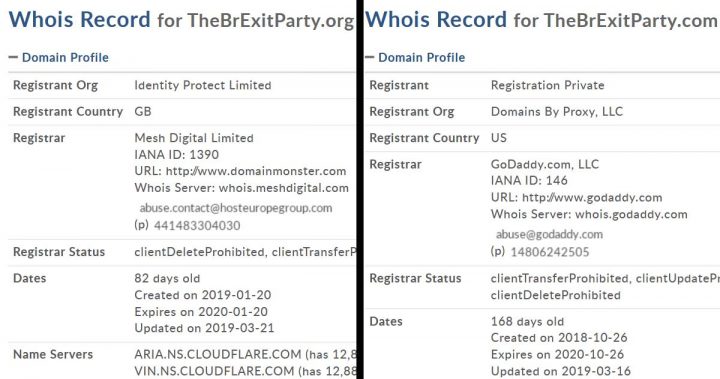 So it appears that Farage’s party did indeed forget to register the address before pranksters got there first.

Meanwhile, Led By Donkeys’ website wasn’t the only parody site created by pro-EU campaigners. Another one appeared at the fitting address of thebrexitparty.eu.

The public response to Led By Donkeys was magic. By midday on 12 April, more than 7,500 people shared and nearly 20,000 people liked the tweet. There was a flood of support for the action:

You're geniuses. THANK YOU for everything you're doing! Just brilliant.

You guys are the best. This is so good!!!

Meanwhile, others saw it as a sign that Farage isn’t very bright:

Rule 1. For the new Brexit Party- The word "competence" and Farage should only be used in the same sentence in a negative sense.

Of course he didn't learn anything, he made the same mistake again.

Some said they’d donate to Led By Donkeys, who use the money to buy billboard space reminding pro-Brexit politicians of their failed promises:

Fantastic. Have another £10 from me (that's a tenner for you @ByDonkeys , not you @Nigel_Farage , you can whistle fella)

You just earned yourself a donation.

One person even called on Twitter account Art Decider to find out if this prank was a work of art. The result?

The Brexit Party reportedly received £750,000 donations in just ten days. And Farage said the party would field 70 candidates in the May elections. These included financial journalist Annunziata Rees-Mogg, who is the sister of Conservative MP Jacob Rees-Mogg.

Farage wrote that the candidates will “put the confidence back into British politics” and that the party will:

not only… support a clean break from the European Union, but also to begin a political revolution in the UK.

But Led By Donkeys has shown the party isn’t even capable of getting its website together in good time. Thankfully, that doesn’t bode well for Farage and his high hopes.