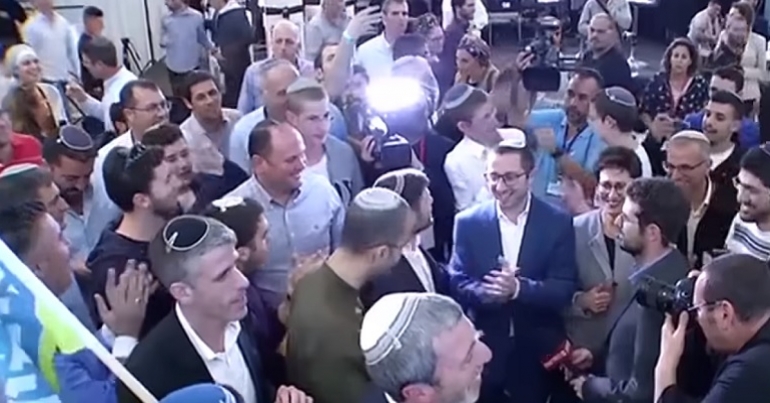 Israel just showed its racist cards on national TV, shamelessly. And worse still, that racism is embedded in the education system. So what hope do we have for the next generation doing better?

A “beacon of tolerance”?

In 2016, UK prime minister Theresa May called the state of Israel a “thriving democracy” and a “beacon of tolerance”. Then, in 2018, she condemned those who “suggest Israel is a racist endeavour”.

Israel’s supporters commonly characterise the country as a liberal, democratic example for the world. But is it really? Canadian-Israeli journalist David Sheen is one person who disagrees. As he has rigorously documented over the years, there is a much darker side to Israel, which is racist, xenophobic and fervently nationalist. While Palestinians and others experience that side of Israel on a daily basis, however, Western media outlets largely ignore it.

‘Arabs want to be under occupation’

In one brief Twitter thread, Sheen recently highlighted – yet again – the horrific racism present in Israel, and how that infiltrates into the country’s education system.

Last night Channel 13 news revealed recordings of instructors at a top Israeli religious academy. In part 1, the head of the seminary pines for the return of slavery – said to be the natural order – because Arabs have “genetic problems” and thus they “want to be under occupation” pic.twitter.com/tWlDrDPFLP

Israeli colonialism and the ethno-nationalism behind it

The state of Israel was founded on the ideology of political Zionism; a Judeo-European ethno-nationalist and settler-colonialist ideology. Theodor Herzl, the father of political Zionism who died in 1904, reportedly believed that Jewish people formed a distinct race from non-Jewish people and therefore required their own nation state in order to be truly free. The location that supporters of Zionism ultimately picked for that nation state was historic Palestine, a Middle Eastern and predominately non-Jewish territory.

Many of the first opponents of Zionism were themselves Jewish and believed that it was a reactionary ideology that repeated antisemitic tropes of Jewish people being ‘racially’ different from non-Jewish people. Many Jewish people remain some of Israel’s most fervent critics. The foundation of the ‘Jewish’ state of Israel meant destroying Palestine and forcing out hundreds of thousands of people from the indigenous Palestinian population. Critics often describe Israel as a ‘racist endeavour’ because of its apartheid nature and discriminatory practices towards non-Jewish people since its creation.

Sheen further beaks down the frightening worldview of the specific rabbis who he says “shape the education system”:

In part 2, a seminary instructor explains that Hitler was “most righteous” and Nazi ideology was internally consistent, moral, and a cure for Jews whose disease is that they don’t immigrate to Israel. Furthermore, he says, the REAL Holocaust is secularism, pluralism and humanism pic.twitter.com/sN0t5xUw6r

Finally, he notes that one of the controversial rabbis “is set to be Israel’s new Education Minister”:

These remarks were no slips of the tongue, they were repeated over and over for years, accurately reflecting the agenda of the Jewish Home / Kahane coalition whose leader, the seminary’s patron rabbi, is set to be Israel’s new Education Minister. Full vid: https://t.co/5LtBuFLsrC

Such views are hardly consistent with ‘freedom’, ‘democracy’, or ‘liberalism’. And the fact that the Israeli government knowingly pays people like this educate its citizens should help to put “beacon of tolerance” claims to rest once and for all.

You can see the full video here: