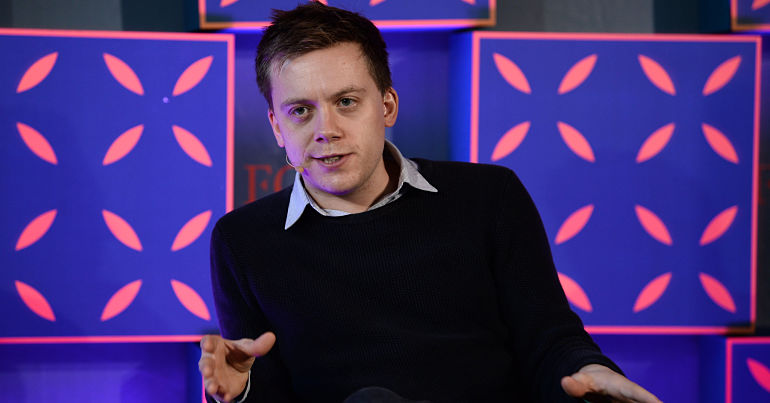 Left-wing journalist and political commentator Owen Jones explained he was assaulted outside a pub on 16 August:

This is a bit dramatic, so firstly I’m fine, but last night – when I was celebrating my birthday – I was attacked, along with my friends, in a blatant premeditated assault.

In a statement to the Guardian, Jones said:

We were about 30 metres away, saying goodbye to each other, when four men charged directly towards me: one of them karate kicked my back, threw me to the ground, started kicking me in the head and back, while my friends tried to drag them off, and were punched trying to defend me.

“It was clearly a premeditated attack and I was their target. They all attacked me and only assaulted my friends when they tried to defend me.

This incident truly shocked people. So the news has been met with widespread condemnation. And Jones received messages of support from many prominent figures.:

I send my solidarity to Owen Jones and his friends who were attacked last night.

Owen believes it was politically motivated, and we know the far right is on the march in our country.

An attack on a journalist is an attack on free speech and our fundamental values.

The physical attack on Owen Jones is a shameful and terrifying harbinger of the Brexit world of hate, intimidation, and scapegoating, egged on by an undemocratic, unelected Prime Minister calling opponents "terrible collaborators".

Fucking hell Owen. I’m so sorry this happened to you and your friends. Terrifying times. Wish you a speedy recovery.

Jones believes the attack could have political motivation. He told the Guardian:

In the past year I’ve been repeatedly targeted in the street by far right activists, including attempts to use physical assault, and homophobic abuse. I’ve had a far-right activist taking pictures of me, and posting threatening messages and a video.

Because of this, and escalating threats of violence and death, I’ve had the police involved. My friends felt it was a matter of time until this happened. Give the context, it seems unthinkable that I was singled out for anything other than a politically motived premeditated attack.

Then people on social media described the attack on Jones as an attack on journalists at large. This shows a trend of intolerance and an erosion of democracy:

When journalists are beaten up in the streets of London, you can only blame the politics of intolerance that Britain has lived under, since 2010. And with it; all roads lead to fascism and Brexit. #OwenJones

Solidarity with @OwenJones84. The attack on Owen is an attack on all journalists, an attack on democracy, an attempt to silence. Britain is descending into grim depths. The murder of Jo Cox should’ve been the alarm call for the UK to change. Clearly not. Politicians must now act.

And people criticised the BBC for describing Jones as a “Labour activist”. This description undermines the implications of the attack for freedom of speech:

Language like this is deliberately used to minimise what really happened: that a high profile leftwing member of the press was attacked by far-right thugs. https://t.co/QRxz2uEAlT

Sadly, despite overwhelming support, some reactions appear to condone the attack. Right-wingers are comparing this to Jones’s defence of antifascists who counter-protest the far right. It seems we’re living in a world where people can see no difference between a violent assault and a milkshake.