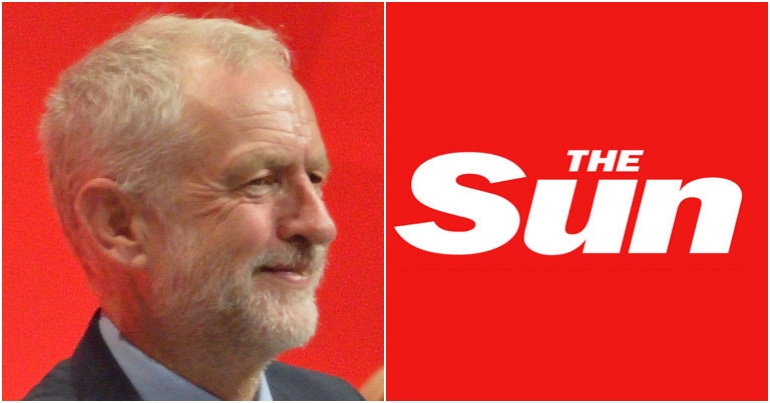 The Sun isn’t known for printing good news stories for Jeremy Corbyn, especially in the run-up to a general election. But its story on 30 October will leave Corbyn supporters rubbing their hands with glee.

According to the paper:

BORIS Johnson faces a fight to hold his own constituency – leading to claims he could switch to a safer seat to avoid the humiliation of being beaten.

Should Mr Johnson lose his seat, he would be the first sitting Prime Minister to do so.

Not just the Sun

The leader may lose his seat in Uxbridge. He only has a 5,000 majority and the Conservative Party are not as strong in London as they are in the rest of the country.

He’s got a very active candidate up against him and anything could happen there.

Boris losing his seat. Now that would be a magical Christmas 😍

Boris losing his seat and Jeremy going into number 10 all on the same day!!

Speculation over whether Johnson could hold onto his seat has been rife for a while. inews reported in July that:

Research by the centre-right think tank Onward has also concluded that Mr Johnson’s position could be vulnerable because of the large number of younger voters.

Meet the man who could unseat Johnson

The seat is being contested by Ali Milani, who lives locally. As he told the New Statesman:

This isn’t just about unseating Boris. Yes, it would be a historic moment, and we are absolutely up for the fight. But we talk to people about the issues facing their lives – housing, the hospital, GPs, their local schools – as someone who’s their neighbour as well as their representative.

He also made this point when talking to inews:

I didn’t stand to be the Muslim standing against Boris Johnson. I stood because I am the candidate living down the road. I know the lives of people here. I’m a neighbour, not a politician

On the campaign trail

Milani has tweeted about ways people can get involved with his campaign:

A GE is happening🚀

Kick off your election campaigning in Uxbridge and South Ruislip to Unseat Boris Johnson!

With the lowest constituency majority of any PM since 1924, there’s a real chance of Milani beating Johnson. And with even the Sun reporting on the possibility, that’s got to be the best start to an election campaign Corbyn could ask for.