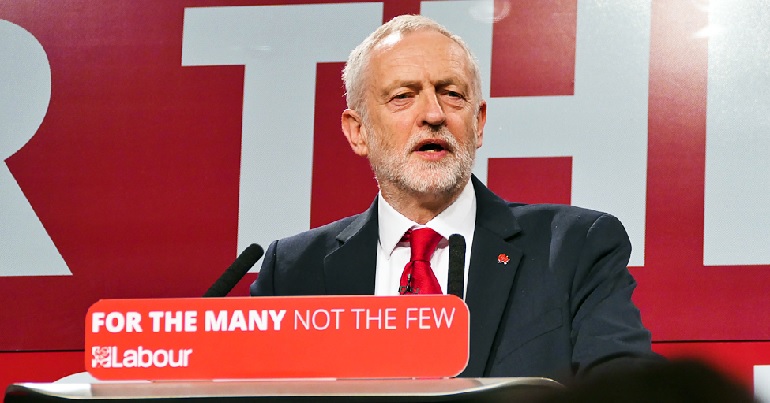 With campaigning for the upcoming general election in full swing, Labour has announced a ground-breaking new policy: free broadband for all.

Considering how much we use the internet now, the policy clearly appeals to a lot of people:

It seems that the only people who benefit from privatised internet services are the companies set to lose profits as a result of a nationalised service:

The nub of the Tory problem is that they know that people have had it with rubbish, unaccountable privatised oligopolies/monopolies but they have no answer…that is what is going to cause them real trouble around the response to this policy.

While the naysayers have been trying their hardest to attack the policy as unachievable or just too socialist, the response to them has been decidedly hilarious:

do you know who else forced free super fast fibre-optic internet services upon his own people? that’s right. josef stalin

actually Mr Crombyn, I want to pay £53 for the fastest speed of Virgin Fibre that's capped at like ISDN speeds for upload for some reason

HOW WILL WE PAY FOR IT? scream Tories who found billions to bail out the banks, bomb the shit out of other countries and bung the DUP #r4today #freebroadband

“Why not free water, too?” Justin Webb asks John McDonnell. Why not indeed. #r4today

Justin Webb much more concerned about the broadband companies, their profits and the high salaries of their executives than about the needs and interests of the end users of broadband. Didn't mention us at all. #freebroadband #r4today @BBCr4today

Free broadband for the many

Jokes aside, it’s clear that nationalising the provision of high speed internet is a great policy for many reasons:

Labour’s #freebroadband plan is a very big deal. The internet is now one of our most important utilities. It’s where many people find work, friends, and love.

Only a cap-doffing slave to the class system says: “NO! Don’t invest in me! Give my boss a tax cut instead!”

And here's an interesting fact: having one infrastructure provider is cheaper than the Tory's approach of having several. By some £12bn.

Says who? Says the research the government itself has published… https://t.co/bsJhBiaqQ6

Labour's free fibre broadband offer is a turning point in UK politics. 1/ Because its shows that under public ownership, basic essential services can be done cheaper – the government's own research shows it costs £20bn done publicly, £33bn privately…

More than just making economic sense, though, the policy is great for making the internet easily accessible. Especially to people who rely on it heavily for their basic needs:

for #disabled people, internet access is a lifeline, a way to reach a community that we are so often denied.#FreeBroadband means that disabled people's lines of communication to each other aren't tied to paychecks or welfare, both of which are shrinking as broadband prices rise.

The benefits to the whole country of free broadband are huge. It'll help isolated pensioners and those applyiny for benefits. More people will be able to work from home so cut down on traffic pollution. For students from low income families this'll be amazing! #freebroadband

For a lot of people, this policy announcement makes their choice on 12 December an easy one:

On the one hand society-wide #freebroadband, on the other, the party that introduced a benefits system that you need Internet access to use, which many of the worst off people don't have. And shut down the public libraries where they could have accessed it. Yeah, tough choice.

Under Jeremy Corbyn’s leadership, Labour has promised a government that works for the many, not the few. Free access to ultra-fast broadband is certainly one way of achieving this goal.