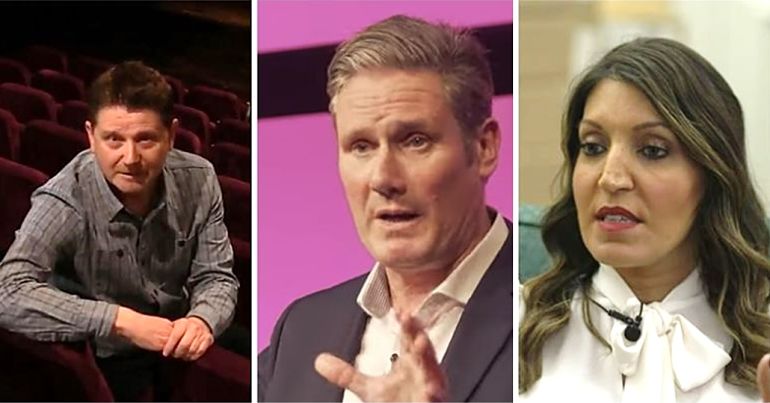 Just voted in the @UKLabour elections.
On basis that being in power is EVERYTHING & that the electorate recently informed us that they’d not sanction a hard left gov, I’ve gone for @Keir_Starmer & @DrRosena
Time to look after those we purport to help, not play party politics. pic.twitter.com/txd9miCR6M

But his tweet doesn’t make sense. Because even in critical postmortems of Labour’s defeat, being “hard left” didn’t exactly feature. In fact, Labour received praise from economists for its policies. And while Corbyn’s popularity, undermined by a right-wing smear campaign, was an issue, so too was Labour’s position on Brexit.

The general election in 2019 was billed as a “Brexit election”. And Starmer was one of the architects of Labour’s position. This proved unpopular with much of the British electorate. Yet according to a recent poll, Starmer has kept his popularity with Labour Remainers. So quite possibly some people still haven’t got the message.

There was a lot of reaction to Dinsdale accusing Labour of having a “hard left” position:

What is hard left about the current Labour Manifesto policies, Reece?

40 years of neoliberal rule has given the impression that it’s hard left, yes. I just hoped someone like yourself would have got that. 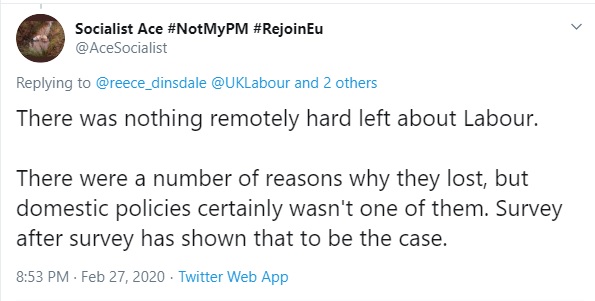 In response to Dinsdale’s suggestion that “power is EVERYTHING”, they reminded him just how the electorate might view Starmer: 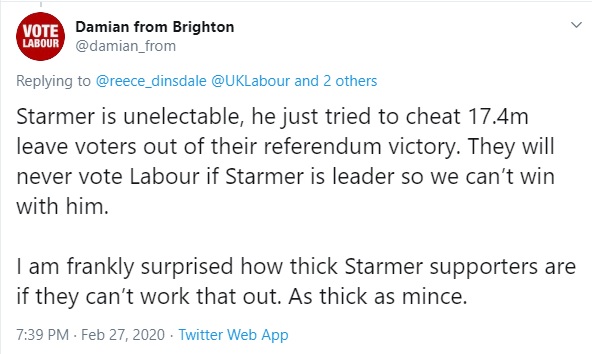 And this person was clear what a vote for Starmer meant for them:

In addition to his position on Brexit, Starmer needs to answer some questions. These include concerns about the undercover policing scandal. Similarly, Allin-Khan needs to be clear. On the one hand she claims to stand for the rights of Palestinians:

Yesterday, @AdamBoultonSky asked me why I'm vocal about Palestine.

When it comes to Palestine, I don't just shout about it. I've worked as a doctor treating Palestinians and have seen the appalling treatment they face. I'll never stop fighting for their human rights! pic.twitter.com/b7saFXUtjb

But, along with Starmer, she signed the highly controversial list of demands from the right-wing Board of Deputies of British Jews (BoD). Pledges which, in the words of Jewish Canary editor Emily Apple, mean Labour “must ignore socialist Jews” and “Jews who don’t support the actions of the Israeli state”.

What’s the point of power?

There’s little point “being in power” if you have to sacrifice the policies your party holds dear. The “centrist” Labour government under Tony Blair moved away from working-class people and, worse still, could be deemed guilty of war crimes.

So if the message popularised by Corbyn – “for the many not the few” – is also to be compromised, it’s hard to see how it can “look after those” it claims to represent.