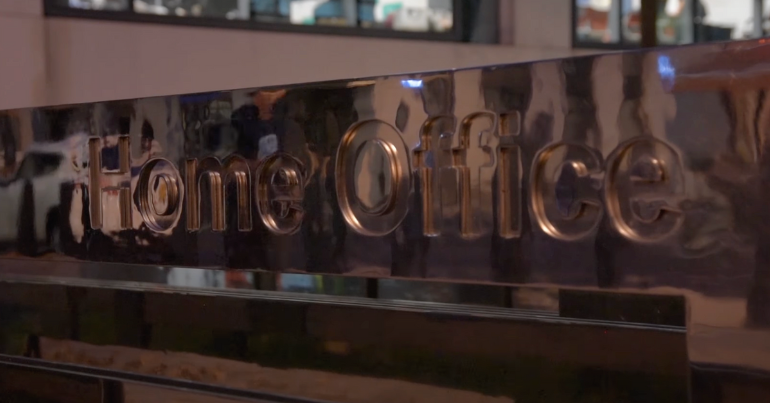 Hundreds of child asylum seekers have been kidnapped from Home Office hotels, according to an investigation from the Observer. The Home Office had been warned by police that many of the children arrived without parents or guardians, and so were at risk from criminal networks. A whistleblower told the Observer:

Children are literally being picked up from outside the building, disappearing and not being found. They’re being taken from the street by traffickers.

The whistleblower also alleged that children have been trafficked from “a similar hotel run by the Home Office in Hythe, Kent”, estimating that 10% of its children disappear each week.

When the story was first reported, it was thought that 136 children were missing from a Brighton hotel run by the Home Office. Now, Home Office minister Simon Murray has admitted that around 200 children are missing from hotels housing asylum seekers.

When asked to comment on the allegations, Brighton and Hove city council directed the Observer’s investigators to the police. Sussex police, in turn, said that enquiries should go to the Home Office. The Home Office said:

Local authorities have a statutory duty to protect all children, regardless of where they go missing from.

The buck passing here is truly outrageous. No one willing to take any responsibility for handing some of the most vulnerable children in the country over to traffickers. Shame on every single one of them. pic.twitter.com/RGR4sUq74A

Asylum seekers are housed in Home Office hotels while they wait to be processed. And, in fact, Labour MP for Hove Peter Kyle recounted an incident where children were at risk:

Just last year Sussex Police pursued a car that had collected two children from outside this hotel.

When they managed to get the car to safety they released two child migrants and they arrested one of the members who was driving it – who was a gang leader who was there to coerce the children into crime.

A number of people took to social media to express their outrage. Unseen, a modern slavery charity, quoted the former commissioner of the Independent Anti-Slavery Commission calling for Home Office hotels to be abolished:

Human rights charity Detention Action had to reiterate that children must be protected:

We are devastated to hear the news that unaccompanied asylum seeking children are regularly being abducted by traffickers from hotels.

These children should be cared for and protected instead of being subjected to dangerous conditions. (1/)https://t.co/ys8NHrjXfy

I'm really struggling with that news about the children the Home Office cannot account for. Actual human beings, small, vulnerable and likely already traumatised in having had to flee their countries and in encountering the wicked border regime here. And now they are missing.

Concerns have been raised since 2021. NGOs offered support to keep children safe. The government ignored them.

The Home Office has failed vulnerable children in its care. There must be a full investigation.

MP for Brighton Pavilion Caroline Lucas had some robust questions on how the Home Office even operates these hotels:

Minister utterly fails to answer Qs on missing children. Will Home Office take *legal* as well as practical responsibility? Why isn't Ofsted inspecting hotels? Have all staff been DBS-checked? When will hotels close? How many more will go missing before we see action? My Urgent Q pic.twitter.com/LsHCVjXQlq

It shouldn’t even be possible for one asylum-seeking child to go missing from Home Office custody. The fact that hundreds of children have gone missing, potentially to child traffickers, is a national travesty. It’s typical that the Home Office, local council, and Sussex police are passing the buck amongst themselves.

Let’s be clear: these unaccompanied children have come to seek refuge in the UK. They have gone missing whilst in Home Office custody. They’re at risk of trafficking and being groomed into modern slavery. We must ask why this been allowed to happen?

The Home Office has abandoned its duty of care to these children. In an increasingly hostile environment, asylum-seeking children are not safe here. These children have gone missing because they’re asylum seekers – they’re seen as disposable to traffickers and to the government. That alone has to be the biggest breach of our responsibility as a supposedly democratic and free society.