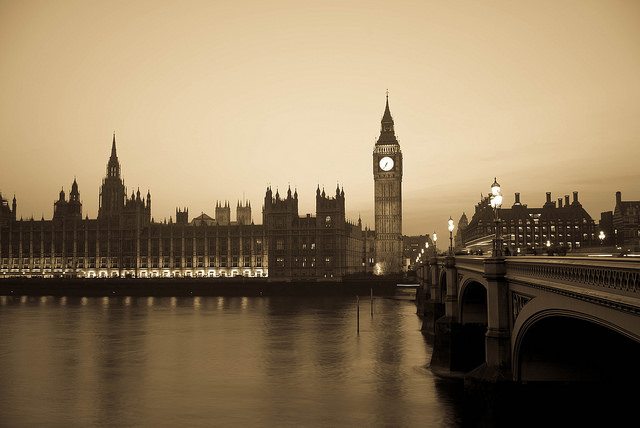 An investigation is not the same as an accusation, but it seems some Members of Parliament do not understand that.

Mention the term, ‘paedophile ring’ in the UK at the moment and the image evoked in most people’s minds is of a sinister, dark network of depraved monsters near the heart of the British Government in the 1970’s and 1980’s, preying on the young and innocent in at times violent ways.

There has been a prolonged public outcry for over three years now about an apparent culture of child-abuse among people-of-status, an outcry that became deafening after the outbreak of the Jimmy Savile Scandal. Since Savile’s name was forever sullied by revelations of his endless predatory behaviour, the controversy spread to other people across ‘The Establishment’. Politicians were among those whose names were linked with this culture, some of them very prominent figures such as the former Prime Minister, the late Sir Edward Heath.

Another figure in the controversy was Margaret Thatcher’s one-time Home Secretary, Lord Leon Brittan, who died of cancer earlier this year. Brittan had at one time been connected – perhaps unfairly  – with the presumed cover-up of 1983’s so-called ‘Dickens Dossier‘ of high-profile child-abusers. Furthermore, allegations of serious sexual assault have been levelled at Brittan personally, including a rape accusation dating to 1967.

The Labour Party’s new deputy leader, Tom Watson, has been quite active in pressuring the authorities to investigate the cases against Brittan – among others – but over the last week or so, Watson’s deeds have become controversial in themselves. This is because the BBC’s current affairs programme, Panorama, launched a private investigation into the ‘Paedophile Ring’, and claimed to find both very little evidence that it even exists, and many indicators that testimonies of some of the alleged victims are unreliable. The programme also detailed Watson’s role in pushing for the cases to be investigated, and seemed to present Watson as a sort of modern-day Matthew Hopkins.

Watson had written an unhappy letter to the Director of Public Prosecutions (DPP), Alison Saunders, in April 2014, objecting to the police decision not to question Brittan over the allegation of rape – ‘no case to answer’ being the judgement. Watson wrote in the letter that he was:

‘driven to the unpalatable conclusion that the identity of the alleged perpetrator – Leon Brittan – may in some way have influenced treatment of the case.‘

It emerged that the Metropolitan police subsequently did interrogate Brittan about the allegations, on 30 May last year, but still chose not to pursue the investigation any further. This has been interpreted as an outcome of Watson applying inappropriate pressure to the police.

Watson has been quoted as calling Brittan ‘close-to-evil’, and has been summoned before a Parliamentary Select Committee to face questions about his conduct.

Watson has faced a backlash ever since the Panorama programme was broadcast. Brittan’s brother, Sir Samuel, demanded an apology, and even implied that Watson should resign as a Member of Parliament, while Nicholas Soames MP accused Watson of having ‘vilely traduced’ Brittan.

The counter-attack, in short, has become as ferocious as the original accusation. But is it fair?

Not entirely. There are a few details that Conservative politicians are fudging.

For one thing, when Watson called Brittan ‘close-to-evil’, they were not his own words; he was in fact quoting one of the alleged victims. He has admitted that it was probably wrong to write the words when he did, but at the same time, he was giving a voice to people who are usually voiceless. Is that not merely the job-description of an MP?

Also, Watson’s letter to the DPP did not assert that Brittan was guilty, it was highlighting what Watson viewed as an irregularity in the way the police had handled the investigation up to that point. It seemed a little bizarre – indeed it still does seem a little bizarre – that the police did not wish to interview Brittan about the rape allegation, if only to get a more complete picture of whether it might be true or not. (I am not commenting on whether I think it is true, incidentally, except to say that what details I have learned about it do leave some serious doubts.)

Equally, the implication many in the media have taken from the above – for instance Gordon Rayner of the Daily Telegraph  – is that Watson’s intervention is what triggered the eventual u-turn by the police. However, this is not the case. The Crown Prosecution Service has stated that the DPP did not pass Watson’s letter to the Metropolitan police until after the long-delayed interview with Brittan had already taken place.

It is further worth noting that Watson’s suggestion that Brittan’s status led to the decision not to question him was not as definitive as the above quotation suggests; the very next sentence Watson wrote, often overlooked by the media all week, was,

In other words, his mind was far from set on the matter, and he was just highlighting a large enough doubt for it to be worth the police following procedure more rigourously. While it seems likely that Watson genuinely believed Brittan was guilty, he did not let this colour his judgement to the extent that his mind was closed to the contrary. It merely made him determined to make sure that the police were doing a thorough job. As Watson himself said in the House Of Commons on Monday,

‘I’m sure that [fellow MPs] would also agree that when anyone is accused of multiple sexual crimes by numerous, completely unrelated sources, the police have a duty to investigate, no matter who it is‘

Another aspect that people seem to be confused about is that it was only the rape accusation that the police had chosen not to look into. Brittan remains under investigation for a number of other possible abuse cases.

And finally we should interpret the term, ‘no case to answer’ cautiously, as it is a legal term that covers a number of different circumstances, while implying the complete vindication of the accused. In fact, the term is used when there is insufficient evidence, or unreliable evidence, as well as when there is no evidence, against the accused. Therefore, those who claim that Brittan being found to have ‘no case to answer’ has established his innocence are overstepping the mark. All it means in legal terms is that there is not adequate evidence for the Public Prosecutors to have a better-than-50-50 chance of securing a conviction. That is somewhat different from there being nothing against Brittan at all.

Irrespective of Brittan’s guilt or lack thereof, everything Watson did was reasonable. He was not shouting about the matter from the rooftops through a megaphone, he did not have Brittan’s name dragged through the mud in every newspaper, and he did not accuse the police of a cover-up. He expressed concern that the decision to drop the rape-accusation might have been because of Brittan’s status, but that was a reasonable worry because it would hardly be the first time that the police had done something like that.

Even with the reference to ‘close-to-evil’, again, it was not as if Watson was saying it in a prime-time television interview. He was actually behaving responsibly and discreetly. That real doubts that have been raised against the accusation may lead to it being dis-proven may count against Watson, but the reasons for the doubts were not widely known at the time, hence why it was reasonable to demand a more thorough investigation.

Watson made this point himself during his statement on Monday, and it was very saddening, but unsurprising, to hear the Tory contingent in the House of Commons call out, ‘Shame!’ in response. False accusations of child abuse are indeed terribly damaging, but merely asking for an investigation into them, which ultimately was all Watson was trying to do, is surely a reasonable guard against abuse. The long-running issue of whether identities of the accused in cases of sexual abuse should be protected, at least until charges have been laid, is once again in the spotlight, and that is a debate that is overdue. But even that does not reflect on Watson as he did not go public with the accusations anyway. Is even a private request for investigation ‘shameful’?

Do the Tories just prioritise protecting the reputations of ‘their own’ above protecting children?