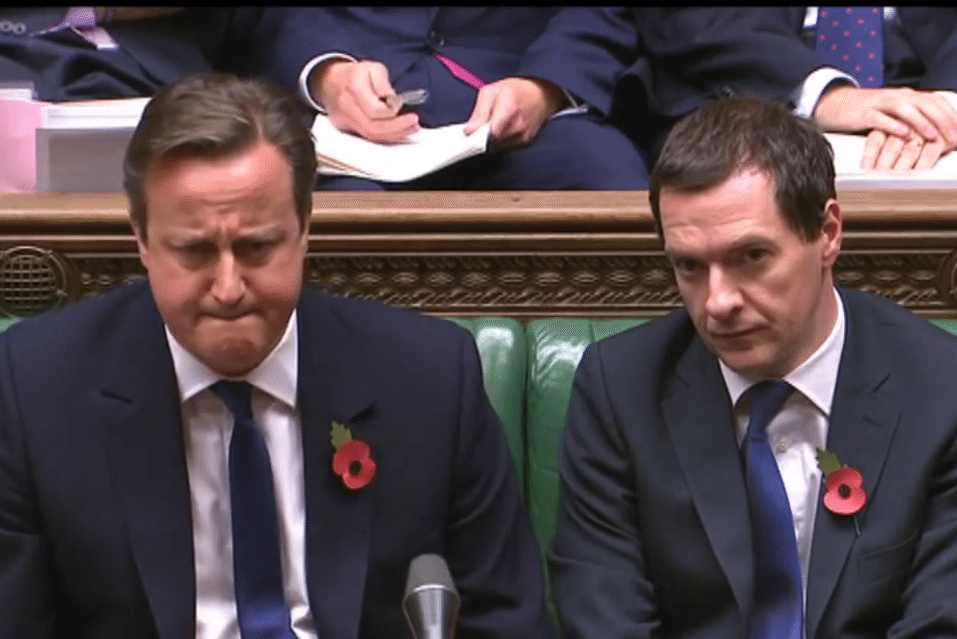 Jeremy Corbyn heaped further pressure on David Cameron at prime minister’s questions (PMQs) yesterday. He asked six questions on tax credits and Cameron failed to give a direct answer once.

Corbyn began with a simple question:

Following the events in the [House of Lords] on Monday evening, and the rather belated acceptance from the prime minister of the result there, can he now guarantee to the house and the wider country that nobody will be worse off next year as a result of cuts to working tax credits?

Cameron responded with his desire to see a “high-pay, low-tax, lower welfare economy” but refused to answer Corbyn’s question by saying: “As for our changes, the chancellor will set them out in the autumn statement.”

Corbyn then asked Cameron: “Will he confirm right now the tax credit cuts will not make anyone worse off in April next year?”

Cameron responded with a similar answer and asked for patience until the government had set out their proposals.

Corbyn was clear that he was not allowing the Prime Minister to avoid the question:

This is the time when we ask questions to the prime minister on behalf of the people of this country. People are very worried about what is going to happen to them next April so what exactly does the prime minister mean? He’s considering it? There’s an autumn statement coming up but we thought he was committed to not cutting tax credits. Is he going to cut tax credits or not? Are people going to be worse off or not in April next year? He must know the answer.

Cameron claimed that welfare savings were needed and were promised in the Conservative party’s manifesto. But he failed to answer the question.

This resulted in praise for Corbyn. Commentators from the Telegraph and the Sunday Times (not exactly known for their pro-Corbyn agenda) said:

Any fair analysis would score that 5-1 for Corbyn. But Cameron wasn't actually uncomfortable. He stuck calmly enough to his line.

Snap verdict: Corbyn's best #PMQs yet, had Cameron on the back foot asking about tax credits six times. Simple and effective.

It is a real shame that the prime minster would not answer these questions. It shows the pressure he is under. He wants the Conservative party to be a workers’ party, but every time he refuses to answer questions that will impact working people, his claim becomes more ludicrous. He is fully aware that he would be pushing poor, working families into hardship.

The truth is this: many people would be forced into financial instability, like Kelly who spoke to The Canary. Cameron would rather avoid answering the question than tell us the truth that those on tax credits could lose an average of £1,300 a year.