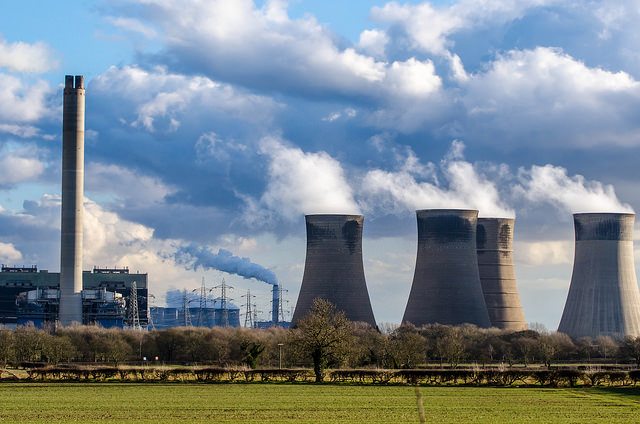 The United Nations’ climate chief, Christiana Figueres, announced on Tuesday that the climate change deal to be agreed at the Paris climate summit this December will not involve a global carbon price. She claims that, for the moment, the task is too complex.

Major oil and gas companies had called for a global carbon price earlier this year. The logic is that it would help to create an incentive for fossil fuel companies to switch to cleaner fuels or to invest in more energy-efficient technologies.

Carbon pricing is the notion that we can best reduce pollution by extending private property rights to it. The most common measure to do this is a carbon trading scheme.

The main form of carbon trading is known as “cap and trade”, whereby a cap on emissions is set and then permits are given to polluting companies. Companies need to hold one permit for every tonne of pollution they emit. If they require more emissions, they must buy permits from companies which pollute less. Thus, the market decides how to stay within the pollution ‘cap’. Allowing a trade in these permits puts a price on pollution – the cost of emitting one tonne of carbon dioxide equals the cost of a permit.

The largest cap-and-trade scheme is the EU emissions trading system (EU ETS), which was introduced in 2005 and covers around 45% of the EU’s greenhouse gas emissions. It is now being exported as a model across the world, including developing countries, as effective way to mitigate climate change.

Critics however have called it a failure, pointing to a series of problems with the scheme.

The scheme’s current target is to cut emissions by 21% by 2020 compared to 2005 levels, and 43% by 2030. However some have argued that this is not ambitious enough: considering that the traded permits account for about half of EU emissions, the target for 2020 should be raised to 34%.

Furthermore, business lobbying has resulted in very low caps so far. The 2007 cap, for instance, was actually 8.3% higher than 2005 greenhouse gas emissions. Even when the cap for 2008-2012 was 2% lower than 2005 emissions, in seventeen out of twenty member states caps were still higher than measured emissions in 2005. The richest EU member state, Luxembourg, pushed for a 52% increase.

Higher caps mean that businesses are allowed to increase emissions, or set unused permits aside for the future. This may happen when yearly emissions have decreased. In 2009 (mostly due to the economic crash) 233 million tonnes of spare permits were left over. These were and can be used to allow future emissions to take place. Emissions are thus predetermined by the scheme.

The scheme has also subsidised big polluters. Permits have been allocated for free, but energy companies passed onto consumers the cost of carbon permits they didn’t pay for. In just five EU countries, this cost the public between 20 and 70 billion euros between 2008 and 2012. According to a Friends of the Earth report, it led to 30% wholesale electricity price increases in Germany and France, 50% in Scandinavia, and over 80% in the UK.

Due to the recession, and intense industry lobbying, companies were allocated more allowances than actually needed. 70% of participants in the scheme were given more allowances than needed to cover their emissions and there are now so many unused permits that most industries can legally avoid making any cuts before at least 2016.

The combination of these factors has resulted in the prices of emissions permits, and credits, being consistently low. These prices continue to decrease, creating no incentive to invest in renewable energy. It is also thought that there have been few, if any, measureable reductions in emissions that can be attributed to the scheme.

It is therefore important to realise that it’s a system-wide change that’s needed to decarbonise the economy – a market-led response could, in the best scenario, play a minor role. At worst, it will further our dependency on fossil fuels, and hit the weakest in society. Climate pricing should thus be dismissed not because of the complexity of the task, but because of what it is – a smokescreen for inaction on climate change.