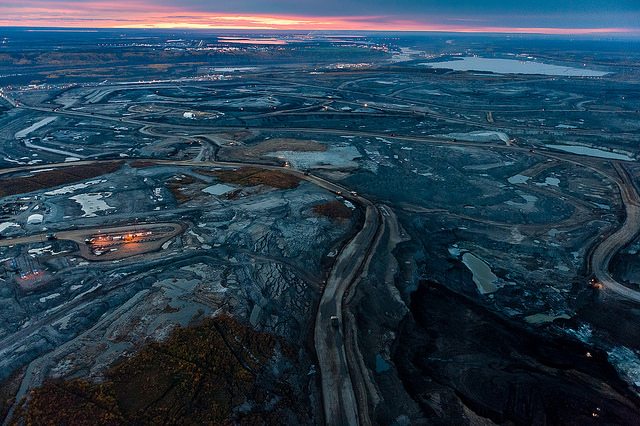 Obama has rejected the Keystone XL pipeline in what is a major victory for environmentalists and activists around the world.

The Keystone XL pipeline was a 1,700-mile pipe aimed at linking the tar sands in Alberta, Canada, to the refineries on the Texas Gulf coast. It would have carried up to 830,000 barrels of oil each day, and allowed for an increased supply of oil from Canada.

TransCanada – the company behind the Keystone XL pipeline – had requested on Monday that its US permit application be put on hold until the resolution of a dispute about its proposed route across the state of Nebraska. If the request had been successful, it would have left the final decision on the tar sands oil project to Barack Obama’s successor.

According to some, the decision was due to the fact that the political climate has shifted, becoming less favourable to the project in both Canada and the US. While in Canada the project was central to former Conservative prime minister Stephen Harper’s agenda, Rachel Notley, the leftwing candidate who won the elections in Alberta last May, had said she did not support the pipeline.

Grassroots opposition had also been growing. First Nation peoples have been among the most vocal opposition. In Canada, the Indigenous Environmental Network has led a number of actions against the tar sands development in Northern Alberta.

At the same time, a whole range of environmental concerns had been raised regarding the pipeline. One issue is the risk of contamination due to spillage – according to a report by Cornell University Global Labor Institute, US pipeline spills and explosions in 2010 killed 22 people, released over 170,000 barrels of petroleum into the environment, and caused $1 billion worth of damage.

On 27 July, four neighbouring tribal nations started a legal battle against TransCanada, along with the Dakota Rural Action and Bold Nebraska activist groups, in which they challenged the corporation’s attempt to renew its state permit for the pipeline’s construction. They claimed the pipeline poses a threat to the region’s water supply is the risk of contamination (due to spillage) of the tribes’ Mni Wiconi water pipeline and of the Ogallala Aquifer (a major underground system that supplies around two million people with clean water).

Similar (and often successful) actions have been taken in Canada against a range of tar sands development projects. Due also to Stephen Harper’s government’s dismantlement of environmental protections, First Nations’ treaty rights are left as one of the only lines of defence for environmental issues.

A main concern, however, was the fact that the pipeline represents a commitment to develop Alberta’s tar sands further. Tar sands oil has a massive carbon footprint – the process of extraction emits more greenhouse gases than other forms of production. The tar sands are also thought to contain as much as 240Gt of carbon, about half of what scientists warn we can burn while preventing a 2 degree Celsius rise in temperature – and thus dangerous climate change.

The Keystone XL pipeline was considered the key to making the burning of this tar sands oil economically feasible. As admitted by the pipeline’s supporters – experts, industry leaders, and economists – the pipeline was the industry’s best hope to expand both profits and tar sands production.

And that’s why its rejection could be an important step in the fight against Big Oil.