Daesh gets one extra recruit for every target we destroy, says Tory backbencher - The Canary 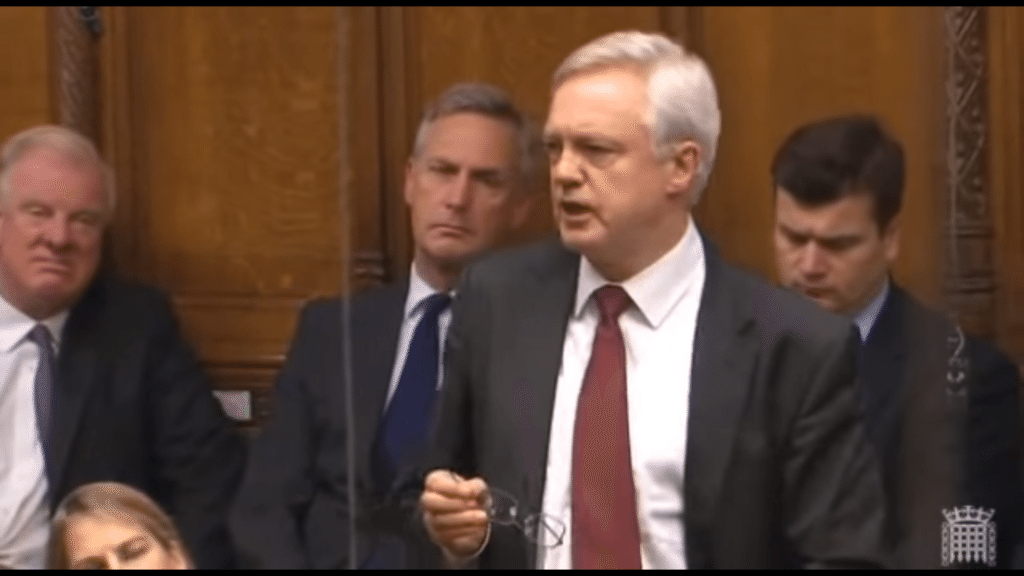 David Davis, the Conservative MP for Haltemprice and Howden, has made a strong case today against bombing Syria. He urged members of Parliament to face the facts before making a decision:

The American-led air campaign in Syria and Iraq so far amounted in both countries to about 10,000 sorties – a third in Syria – against 16,000 targets.

The avowed aim? To degrade ISIS – or Daesh.

The outcome? In the period in which the campaign has been operating, the recruitment for Daesh has doubled, from 15,000 to 30,000 personnel.

By a macabre coincidence, one extra recruit for every target we destroyed.

In other words, the coalition-led air campaign that has been ongoing for two years has achieved the exact opposite of what it was intended to achieve. He went on to say that there was arguably no use whatsoever in bombing Syria and that it would merely be a symbolic gesture of solidarity towards our main allies, France and the USA.

What would be far more effective, according to Mr Davis, would be to demand of Turkey, Saudi Arabia and the Gulf states that they cut off the financial support given to Daesh and other Islamist groups in Syria. Mr Davis’s intervention was level-headed and pragmatic, and can be summed up in his final statement:

If I may turn round to the issue that people have raised several times: should not we help the French?

Yes, we should help our allies.

We should help our allies by destroying ISIS; by doing it properly, and not by symbolism.

David Davis is a long-standing internal critic of the Conservatives; today, he stood out in opposition to his party because, quite simply, the facts speak for themselves. Airstrikes do not eradicate terrorism, they feed it.

You can watch the full speech below: