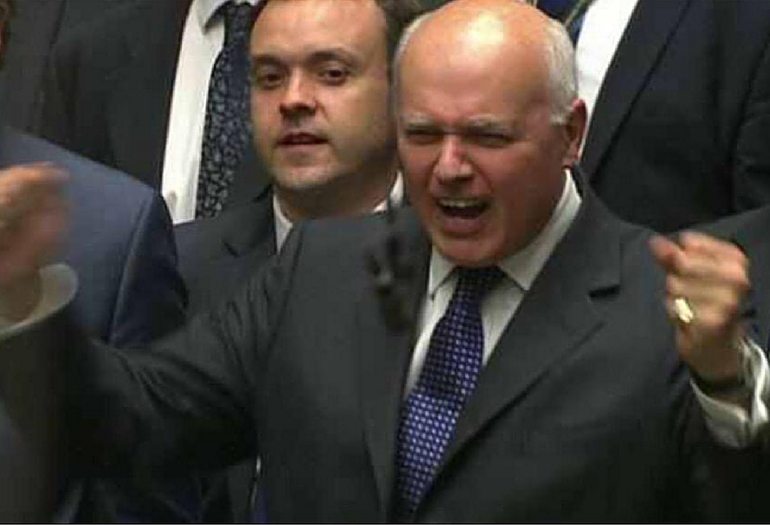 The bedroom tax, enforced by the coalition government and still in place, has been strongly criticised by education experts. The experts have called on the government to rethink the bedroom tax due to the serious consequences it is having on children.

The bedroom tax, officially called the ‘under-occupancy penalty’, is the vernacular term for a cut in housing benefit for council house tenants who are judged to possess a spare room in their home. The benefit cut was designed by the Department for Work & Pensions (DWP), under the remit of Iain Duncan Smith. Thousands of disabled people have been subjected to the bedroom tax, with some being forced to move into smaller, unsuitable houses where, among other inadequacies, they have no choice but to wash in a paddling pool.

Now, it appears the levy is impacting upon children’s learning. Experts from the University of Manchester undertook research over a 16-month period from March 2014, and its findings should shame the government. However, the government does not feel shame very easily, especially the DWP, which has washed its hands of the deaths of nearly 600 people who underwent their strict work capability assessment and later committed suicide due to the stress it brought on.

The university’s report found that some parents were being forced to cut back on basic necessities such as food, heating and clothes, as the bedroom tax has destabilised their precarious finances and pushed them into poverty. One dad said that:

[My] financial situation at the moment is very bleak, very bleak. I have £10 to my name and I have no money till Tuesday, so you can imagine the cupboards are nearly bare … I am just struggling.

There are huge implications if a child is hungry at school. Not only is it damaging to that child’s health due to malnourishment, but the child will have difficulty focusing on their schoolwork. Moreover, many children are becoming increasingly distressed, which in turn affects their learning.

Sadly, some children are all too aware of the difficulties their parents face and are scared to burden their parents with further expense. According to the Guardian, one mother said how her child was freezing because he did not have a coat:

He was freezing and he was too scared to say to me ‘Mum, I need a coat’ because he didn’t want to put added pressure on me.

Many children have to share their bedrooms with siblings, often of a different age. This means there is a distraction, preventing children from focusing on their homework in a quiet place.

One of the researchers spoke to a housing director and was told:

I saw a young woman yesterday and she has two daughters sharing a bedroom. One is two and one’s 14 and she says it doesn’t work and the two-year-old is in with her because the 14-year-old throws her out. She can’t do her school work.

The professor of education at Manchester University, Ruth Lupton, argued that their depressing findings required action from the government.

The findings of this study confirm a wider picture emerging from research which points to the bedroom tax failing to meet its original aims while contributing to significant hardship among low-income families.

Our study suggests that the pressure put on families by this cut in benefits may also be working contrary to other policies that are intended to support child well-being and educational achievement, diminishing their effectiveness.

It is staggering that the government is allowing the bedroom tax to continue in its current form. All signs are that it has saved very little money (even Tories themselves are complaining about that) while putting many thousands of people into hardship. Future generations are being punished by the government’s commitment to austerity while MPs and bankers, who were to blame for the financial crisis, see their incomes soar.