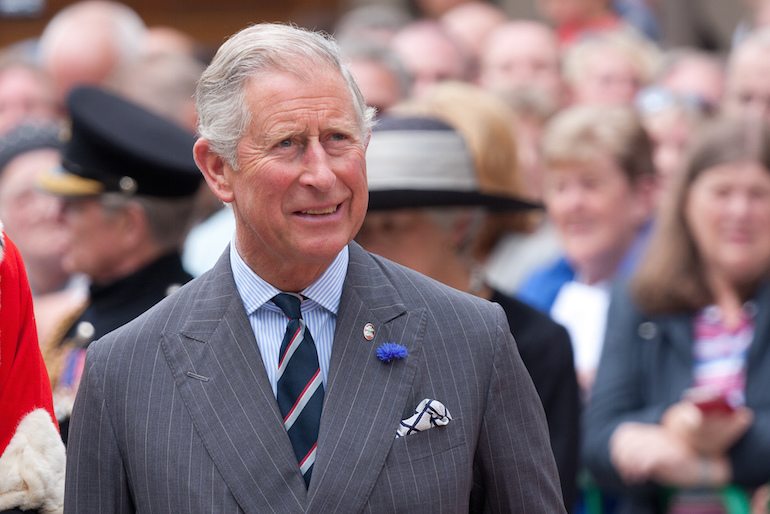 It’s been a horrible year for climate change deniers. They’ve been sidelined in Paris, investigated in New York, stung by reporters from Greenpeace and seen their funding collapse. Now Prince Charles has piled into the fray, telling an audience on Thursday:

We have known for decades that we are heading towards catastrophic climate change and the point of no return, and yet still we procrastinate.  Still the sceptics rubbish the climate science and ignore the accumulating disaster affecting so many communities around the world, communities of the poorest people very often.

So, what right do they have, Ladies and Gentlemen, to sacrifice our children and grandchildren’s future? … How long before people who should know better stop lobbying against the only sane course and, instead, lobby for the right kind of private, public and civil society partnership to “re-wire” our whole unfit-for-purpose economy?

That the future king of the United Kingdom has publicly called out climate sceptics and corporate lobbyists points to their increasing marginalisation from the mainstream world. Over at the Paris climate summit, it’s the same story. For the first time at a climate summit, deniers have been pushed to the margins, forced to run events from downtown hotels, and they have been – worst of all for them – widely ignored.

Sidelined at the climate summit

Paris is a far cry from the Copenhagen summit six years ago. There, they arrived euphorically waving a dossier of hacked emails from the University of East Anglia which, they said, proved global warming was a conspiracy (it didn’t). They found easy allies in the future prime minister of Australia, Tony Abbott, who said the science on global warming was ‘crap’, and the then prime minister of Canada, Stephen Harper, who questioned whether it was caused by carbon dioxide.

This year, nobody’s giving them the time of day.

It’s not for want of trying. The Heartland Institute – the organisation that has equated people who “believe in global warming” with the Unabomber – hosted its own ‘counter-conference’, but only a handful of people attended. The climate sceptic lobby group Committee for a Constructive Tomorrow (CFACT) launched a documentary challenging the science of global warming, and won little media attention.

“I don’t know anyone who is taking them seriously,” said summit veteran and Union of Concerned Scientists director Alden Meyer.

In fact, arguably the biggest splash climate deniers made at the summit was when they agreed their key messages for journalists with a journalist in the room.

So what has changed in the six years since Copenhagen?

For starters, public opinion has shifted considerably. It is no longer seen as acceptable for corporations to deny the reality of climate change, or to be publicly associated with those that do. As a result, the funding for climate deniers is, ostensibly, drying up. CFACT has lost more than two-thirds of its funding in just two years, according to the Center for Media and Democracy. Even ExxonMobil has stopped funding Heartland and CFACT. ExxonMobil does continue to fund the powerful climate denial group American Legislative Exchange Council (ALEC), but ALEC has lost 107 other corporate funders – including Google, BP and Shell – since 2011.

Secondly, lawsuits may be looming. In its remarkable investigation into ExxonMobil, Inside Climate News exposed Exxon’s suppression of its own climate science over several decades. Exxon knew about the dangers of fossil-fuel-caused climate change as early as the 1970s, but it funded denial groups for decades – to the tune of millions ($31m between 1998 and 2014 alone).

As Prince Charles noted in his speech, the New York Attorney General has just launched an investigation into ExxonMobil over claims that it misled the public and investors over climate change. This may open the floodgates to a wave of litigation – and it may have made polluters more cautious about the way they talk about climate change. A couple of weeks ago, for example, Exxon suddenly told The Washington Post that, without government action, average global temperatures will likely rise by 5 degrees Celsius or more. Here in the UK, establishment figures like the Governor of the Bank of England are now publicly warning of potential liability claims hitting fossil fuel companies for their role in global warming.

But fossil fuel companies are still paying to confuse the science around climate change – they’re just being sneakier about it. A few days ago (another bad day for deniers), a Greenpeace sting operation blew apart the notion that corporations have stopped funding climate denial. Posing as fossil fuel company representatives, Greenpeace reporters approached two academics at leading American universities, asking them to write research promoting the benefits of carbon dioxide and the use of coal.

Both professors agreed – and both said they would not disclose the source of funding. One boasted that he had written numerous industry-funded documents but: “In none of these cases is the sponsor identified. All my work is published as an independent scholar.” The other, Professor William Happer, revealed that Peabody Energy paid thousands of dollars for him to testify at a state hearing. The fee went to a climate-sceptic think tank.

Climate change denial may no longer be acceptable at climate summits, but it isn’t yet dead. As it transforms itself in order to survive, we can expect to see fewer denials of the existence of human-caused climate change, and more insistence that it’s not really so bad, that we cannot solve it, and that we’ve left it too late. But the aim will be the same: to delay meaningful action.

Meanwhile though, the world is acting. Globally, renewable energy is booming. Organisations representing trillions of dollars’ worth of assets are divesting from fossil fuels. We’re headed towards a fossil fuel free world. The only question left is when will we get there?