The NHS is being deliberately starved of funds, and this proves it - Canary 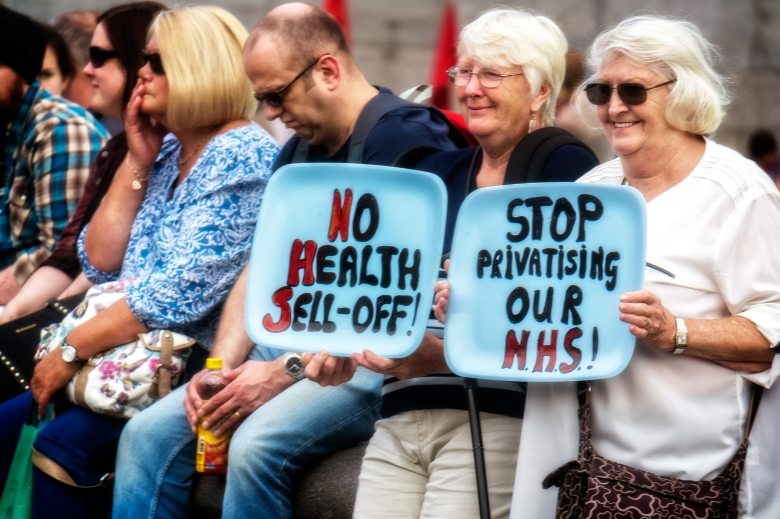 The long-running funding squeeze imposed by the government on the National Health Service has become so tight that it is now even affecting the payment of wages to hospital staff.

The extent of the problem is such that some hospital trusts around the UK have gone as far as to take out emergency loans from the Department of Health to keep paying salaries in the short term. Some of these loans are worth millions of pounds – ten of them are above £20 million – and require that the hospitals pay high rates of interest to the government, suggesting they are staving off a crisis today at the cost of an even greater crisis in the months ahead.

Under Jeremy Hunt, secretary of state for health, a scheme of “deficit loans” was introduced for hospitals in 2014. These are loans that have to be paid back with interest, in place of the permanent public investment used previously. The scheme was introduced in the belief that the need for repayments would discourage overspending.

In fairness, the NHS did receive a much needed funding boost in chancellor of the exchequer George Osborne’s spending review last month. But, with the government’s plan for hospitals to hire more staff in a supposed bid to make wards ‘safer’, any abatement in financial difficulties is likely to be brief and swiftly offset. The government’s soundbite demands for a seven-day health service are also liable to add pressure on NHS finances sooner or later.

In the spending review, nursing students have been forced to fund their education through loans rather than through grants in future. With the worry that the timely delivery of wages is now in jeopardy, fully-qualified medical staff are joining the students in an uncertain financial future, while students themselves may well be wondering whether a medical career will be worth the pain. Why saddle oneself with years of debt, only to find that a steady salary is no longer guaranteed after graduating?

The deficits incurred by hospital trusts around the country are ominous; approximately three hospitals in every four are currently in the red and some projections suggest the hospital trusts network will have a shortfall for the year of over £2 billion.

Richard Murray, policy director at the King’s Fund think tank, who used to work as an analyst at NHS England, is quoted as saying:

A spokesperson for the Healthcare Financial Management Association had this to say:

Interesting how that “loss of autonomy” rule did not apply to banks in anything more than name, when they received an enormous public bailout to rescue them from a complete meltdown in 2008, is it not? Once again, the private sector gets a playing field tilted in its own favour, while the public sector must play uphill.

There will be those who are quick to blame the surge in NHS deficits on “flawed practices” (usually left undefined) at an institutional level, but the historical evidence shows that the current deficit pattern is, in fact, a new development and unprecedented. The network of trusts posted annual surpluses more often than not until as recently as the financial year 2012-13.

The regulator, Monitor, has found one of the worst money drains to be an over-reliance of hospitals on costly agency staff to cover shortages in full-time personnel. This has been attributed by Labour to government funding cuts to training for nurses – a classic example of the false economy of austerity.

From this perspective, Osborne’s “generous” funding boost looks limited indeed. It is the darkest and coldest time of the year, which means it is also likely to be the time for the worst and widest ill health of the year. At this time more than any other, the NHS needs to focus solely on providing quality care and not on balance sheets. But the NHS deficit is likely to continue, meaning care will suffer, possibly with disastrous results. At that point, the government is likely to say that this proves public sector healthcare does not work, and embark on selling off what little of the NHS there is that remains untouched by the private sector.

As dismantling the NHS has long been the openly-secret wish of the current generation of the Conservative party, it is difficult to believe that what is happening is not precisely what the likes of Hunt and Osborne have been planning all along.