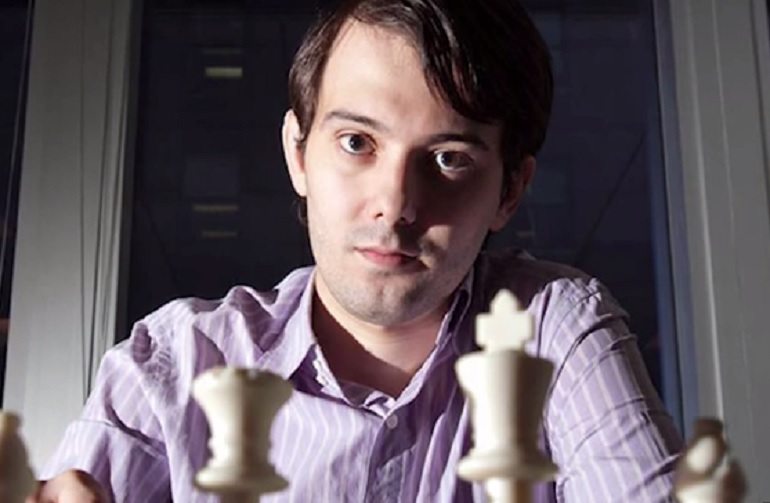 In October 2015, pharma CEO Martin Shkreli hit the headlines for the shockingly self-serving act of inflating the cost of a life-saving HIV drug. For that reason, very few people will be sad to hear he has been arrested on charges of fraud.

Having bought the rights to a much-needed HIV and cancer medication, Shkreli immediately jacked up the price from around $13 to $750 per pill (a rise of over 5000%). The argument was that he had increased the price of the life-saving but little-known drug Daraprim to cover investment costs. However, the CEO soon became “the most hated man on the internet” as a result of what many saw as a shameless act of wealth generation at the expense of some of society’s most vulnerable people.

According to US Uncut, Shkreli was arrested on the morning of Thursday 17 December for “securities fraud”. The arrest was related to his activities at drug company Retrophin, which he had been charged with using as:

When he was fund manager at hedge fund MSMB Capital Management, reports the BBC, he allegedly ran a “Ponzi scheme” where the assets of Retrophin were “illegally used to pay off debts after MSMB lost millions of dollars”. US Attorney Robert Capers claimed Shkreli had:

According to FBI prosecutors, Shkreli cheated these investors out of $11m (£7.3m).

Retrophin’s current directors claim they had replaced Shkreli as CEO over a year before “because of serious concerns about his conduct”, authorising an independent investigation into his conduct, publicly disclosing its findings, and fully cooperating with government investigations.

During Shkreli’s time at Retrophin, the drug Thiola – which treats the rare and incurable condition of cystinuria – was obtained by the company. Shkreli soon oversaw the bloating of this drug’s price from $1.50 to $30 a tablet (around 2,000% the original price).

In short, the CEO’s practices are a good example of what British doctor and author Ben Goldacre has called an “interlocking ecosystem of problems” within the pharmaceutical industry. For Goldacre, says health activist Sophie Williams, “political and economic interests” have allowed the pharma industry to go “practically unregulated”. And this, insists Goldacre, has allowed “dodgy marketing”, the concealment of important data, and “research misconduct” to become commonplace. And we just need to read between the lines of Goldacre’s work, asserts Williams, to see that “inequality and exploitation at the hands of the pharmaceutical industry” ought to be considered “as crucial as statistical malpractice in boosting profits”.

For Goldacre, a comparison can be made with the expenses scandal in the British parliament back in 2009:

lots of people reassured one another that what they were doing was normal. Then suddenly outsiders peered in, and said, good grief, what an extraordinary thing you have all been doing!

This is not to demonise people who work in the industry, however. He insists:

But the ethical questions remain and, like with the parliamentary expenses scandal, it is clear that something has to change. The outrage generated by Shkreli’s actions could well prove to be a watershed point that leads to much greater public scrutiny into the actions of the pharmaceutical industry. But for that to happen, those hoping for reform in the system will have to capitalise on the popular discontent that the actions of people like Shkreli have generated.