Turkey says US author is a terrorist - here's why - Canary 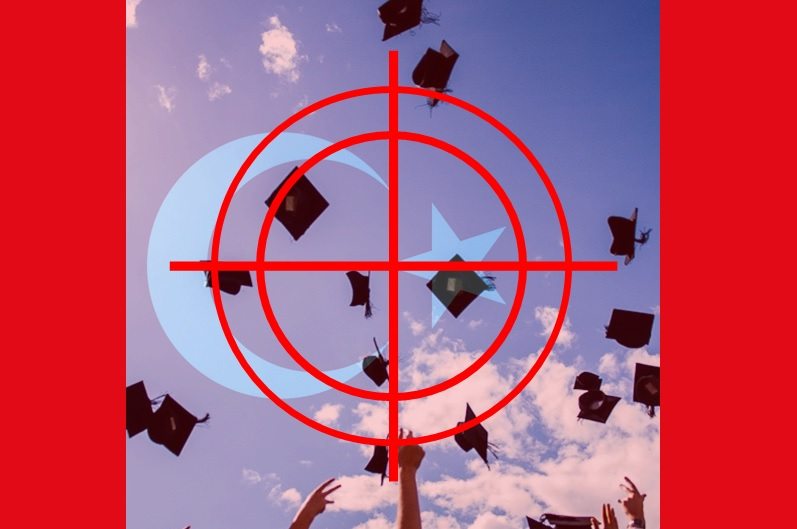 Since July 2015, the Turkish government has waged a war against a left-wing Kurdish organisation that has been one of the most effective forces in the fight against Daesh. Almost two hundred civilians have been killed by the state’s offensive on Kurdish communities. But the regime has now shifted its focus onto academics who have called for an end to the war – one of whom is a renowned US intellectual.

What’s going on in Turkey?

On 12 January, yet another suicide attack hit Turkey. This time 11 tourists were killed in Istanbul. It was the first time that a suspected Daesh supporter had targeted the country’s multi-billion dollar tourist industry. Previously, such bombings (like the Ankara massacre in October 2015) had been directed at left-wingers and peace activists.

Figures calling for peace in Turkey have argued that the Turkish state’s war on Kurdish communities has diverted attention away from the threat of Daesh attacks. President Recep Tayyip Erdoğan has said Kurdish militants from the PKK (Kurdistan Workers’ Party) will be “annihilated” and Kurdish areas will be “cleansed”, but similar declarations have not been made regarding Daesh. Unlike the latter, the PKK has advocated peace negotiations for much of the twenty-first century.

The previous peace process with the PKK was broken off in mid-2015 by the Turkish government after the ruling AKP failed to win an electoral majority. In an attempt to attract support from Turkish nationalists in the rerun of the elections, President Erdoğan launched a military campaign against the PKK. At the same time, he showed no real interest in fighting Daesh, and links between the two have in fact been well documented.

During the regime’s anti-Kurdish campaign, Amberin Zaman writes at the Wilson Center:

thousands of Turkish security forces backed by tanks and helicopter gunships have laid siege to a string of towns in the mainly Kurdish southeast… Over 160 civilians, including scores of women and children, have died in the clashes that have displaced tens of thousands of people and reduced entire neighborhoods to rubble. Turkey’s Human Rights Association blames the security forces for most of the civilian deaths.

To make matters worse, there have been suggestions that the government has actually been involved in the Daesh-related terrorist attacks on Turkish soil. The jihadi group, says Zaman, “has yet to claim responsibility for the carnage” created by these suicide bombings even though they happily claim responsibility for attacks elsewhere in the world.

On 10 January, an open letter was released which had been signed by 1,128 academics from 89 different Turkish universities, along with more than 355 foreign intellectuals like renowned linguist Noam Chomsky.

In this declaration, they called on the Turkish government to end its “deliberate and planned massacre” in Kurdish communities, which they described as a “serious violation of international law”. They further requested access to the region for independent national and international observers so they could “monitor and report” on alleged human rights abuses.

Finally, they promised they would not remain silent, called for peace negotiations with the PKK to resume, and demanded “an immediate end to the violence perpetrated by the state”.

On 14 January, over 100 journalists issued a declaration in support, which read:

We stand by those academics who wanted an end to the conflict and resumption of the peace talks. We see them being targeted in certain media outlets and by the ruling party as contrary to human rights, freedom of the press and freedom of thought.

According to one video on YouTube, President Erdoğan made the following remark in response to the academics’ peace letter:

I give you the name of an American terrorist… Chomsky, the criminal

He also called the authors of the declaration “poor excuses for intellectuals”, only to be accused by critics of having spent ten times as long speaking about these pro-peace academics than he had about the Istanbul bombing.

Furthermore, the Turkish government was subsequently suspected of orchestrating a counter-declaration in support of the war. This had supposedly been signed by 150 academics. Two academics, however, complained that their names had been included in the statement without their consent. Soon afterwards, the website where the statement had been published was shut down.

Turkey blamed Isis [for the attack on Istanbul], which Erdoğan has been aiding in many ways, while also supporting the al-Nusra Front, which is hardly different. He then launched a tirade against those who condemn his crimes against Kurds – who happen to be the main ground force opposing Isis in both Syria and Iraq. Is there any need for further comment?

On 15 January, meanwhile, an elected politician from one of the besieged areas of Turkish Kurdistan wrote to Chomsky. Faysal Sariyildiz, from the pro-peace HDP, said:

you are one of the most important and inspiring figures, who has a worldwide reputation of fighting for peace. For this reason, we would like to invite you to the region and we will be very honoured to stand hand in hand in solidarity with you against the current policies of war and violence.

But the Turkish government was not the only opponent to the academics’ letter:

Turkish nationalists soon hacked the declaration’s website and said “from now on you will never be forgiven”.

An academic at Abdullah Gül University was threatened by the notorious neo-fascist group the Grey Wolves.

Another intellectual asserted that signatories’ doors had been “marked in red”, and spoke about how extreme nationalist mafia member Sedat Peker had threatened the academics, saying “we will spill your blood in streams and we will shower in your blood”.

The Guardian described how extreme right-wing groups and students had been circulating pictures of the intellectuals on social media or in pamphlets. As a result, the paper reports, some of the signatories “have gone into hiding”.

On top of all of this, Emma Sinclair-Webb from Human Rights Watch spoke about how attacks on academic freedom and free speech in Turkey had been “laid bare” by 17 universities opening investigations into the academics who called for peace. The charges included:

We are still awaiting an explanation as to how arguing for a ceasefire constitutes ‘terrorist propaganda’.

The Middle East Studies Association wrote a letter to the Ahmet Davutoğlu in response to the investigations, insisting:

These actions represent a violation of academic freedom and are consistent with broader efforts on the part of the state to punish critics of state policies.

On 15 January, France 24 reported on how 21 academics had already been detained by Turkish authorities, and how warrants had been released for the arrest of other intellectuals.

Simply put, the more Turkish authorities kill Kurdish civilians, the more the PKK responds. And the more the PKK is embroiled in this battle, the less time its fighters can spend in the struggle against Daesh. At the same time, Turkey’s blockade of Kurdish-controlled territory in northern Syria (Rojava) is also making it much harder for anti-jihadi forces on the ground to weaken Daesh. As RT has insisted:

Without an end to the Turkish blockade of Rojava, the fight against Daesh faces serious difficulties.

In other words, Turkey is currently undermining the fight against Daesh. Unnecessarily too, given that the PKK has consistently called for the resumption of peace talks.

There will be no real progress in Turkey’s fight against ISIS unless there is a much more serious strategy to get Ankara to focus on peace with the PKK.

Erdogan will never succeed in eliminating by force the PKK or Turkish Kurds’ aspirations for more autonomy, and by prosecuting his campaign he is impeding the fight against the Islamic State… [He] needs to be pushed toward reopening negotiations with Turkish Kurdish leaders.

In short, if there is a serious desire at large to defeat Daesh, changing Turkey’s current stance is essential. And we can all play a role in pressuring our own governments to push the Turkish regime in the right direction.

Write to your MP to express your concern about what is happening in Turkey.

Join the protests outside the UK parliament on 17 January calling for the British government to take action over the Turkish state’s genocidal war against its Kurdish citizens.

Boycott countries like Turkey that commit human rights abuses by not going on holiday there and not buying their products.

Support the Canary so we can keep exposing the crimes against humanity around the world.