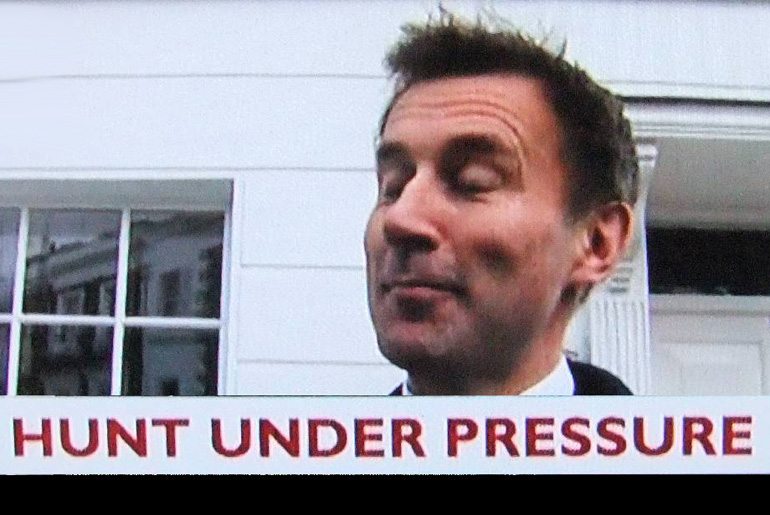 In an extraordinary special conference in London on 30 January, GPs voted to take “the nuclear option” to protect their own health, patient safety and the NHS.

They overwhelmingly voted to support a motion to ballot GPs on mass resignations from their NHS contracts, unless Health Secretary Jeremy Hunt delivers a fair GP rescue package within six months. Their decision to follow the junior doctors’ lead and take radical action comes as experts warn general practice in England is on the brink of collapse.

The local medical committees (LMCs) conference was convened to discuss ways of dealing with the “state of emergency” in general practice in England. GPs are facing skyrocketing workloads, a recruitment crisis and a looming retention crisis, as 82% of existing GPs plan to leave the profession or reduce their hours within the next five years. Patients meanwhile are waiting longer than ever for GP appointments, and doctors warn that patient health is being put at risk.

In short, general practice in England is on the brink of collapse.

So, at the LMCs conference on Saturday, doctors voted to instruct the General Practitioners Committee (or GPC, the British Medical Association committee representing GPs) to ballot GPs on their willingness to hand in undated resignation letters en masse, unless negotiations over a rescue package succeed within six months.

The move is designed to warn Jeremy Hunt that GPs will take radical action, just as junior doctors have done, if his package of measures to reduce pressures on GPs – due to be announced this month – is inadequate. The fact that GPs are willing to countenance mass resignations from their NHS contracts is a remarkable protest at the state of general practice in the UK, and at Jeremy Hunt’s running of the NHS.

In the emotionally charged conference, doctor after doctor took to the podium to explain why they were willing to back such a radical move.

We absolutely have to act now – the whole system is about to collapse. But right now I see a health secretary and prime minister who are totally out of touch with the reality we face on the ground every day. … We have nothing to lose – they are killing us anyway… Threatening to resign is not giving up, it is saying we will not be party to this destruction any more.

I stand before you, eyes opened to the truth of what it is to be a GP today. It ain’t pretty. Hope is fading fast. We are lurching from crisis to crisis with only sticking plaster solutions. Practice incomes are plummeting, recruitment and retention of staff are a nightmare. Long hours are taking their toll. … I am very aware of the seriousness of this motion, but it is because things have got so bad that I find myself, heartbroken, two years after qualification, supporting this motion.

Dr Chaand Nagpaul, chair of the GPC, also lent his support to the motion:

In fact, only a few GPs spoke out against the motion – and some of those were objecting that it didn’t go far enough. The motion was passed to applause and cheers.

Jeremy Hunt has said that general practice is “the jewel in the crown of the NHS and central to the future of the health service”. He is right; GPs deliver 90% of patient care in the NHS for around 8% of its budget. If GPs around the country rally behind the LMCs’ decision, Jeremy Hunt will find himself facing a powerful enemy indeed.

Show your support for GPs using the #GPStateOfEmergency or #GPHeroes hashtags on Twitter.

Support The Canary so we can keep reporting on issues the mainstream media ignores.