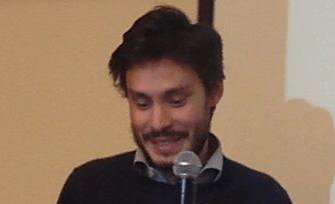 Weeks before his abduction, Giulio Regeni said he feared for his safety. Regeni was a doctoral research student at Cambridge. Studying the state of independent trade unionism in post-Mubarak Egypt, he was well aware of the dangers facing him in his research. That is why – according to the Italian newspaper Il Manifesto – he asked for his articles to be published under a pseudonym.

He was abundantly aware that, under the jurisdiction of General Abdel Fattah el-Sisi, simply undertaking research on such a sensitive topic was already a step too far. It might land him in prison, or much worse. The Huffington Post reports that Regeni was held for up to two days in police custody. While there, he was tortured and finally beaten to death by the Mukhabarat, Egypt’s infamous secret services.

The reason why he was held is still unknown, but a significant element may be that he spoke fluent Arabic. Given his links with the independent trade unions, that made him a potential treasure-trove of information on Egypt’s grassroots political movements.

The case has raised serious questions over political repression in Egypt under General Sisi. The New York Times has reported that Regeni’s death will likely be brought up later this week during a meeting between Egyptian and American officials. In the meantime, Italian authorities have already begun a full-scale investigation in Egypt. The Egyptian government denies any involvement, but the Italian foreign minister Paolo Gentiloni, along with broad swathes of the Italian media, remains deeply skeptical.

We will not be satisfied with alleged truths. We demand that those responsible for this crime be found, and punished according to the law.

Independent trade unions and the fight against repression

Sisi’s Egypt is a military dictatorship through and through, with the highest number of police and military personnel in Parliament that the country has ever seen. The regime has been accused of being worse than Hosni Mubarak’s infamous thirty-year rule, and has been repeatedly accused of using enforced disappearances and torture as a way of silencing dissent. “Yet”, wrote Regeni,

Independent trade unions are refusing to give up.

In his posthumous article published by Il Manifesto, he reports on “the second life of Egypt’s trade unions”. This is a sensitive topic in Sisi’s Egypt, especially given that the rise of trade unions was a major driving force in the run-up to the Arab Spring in 2011. The legacy of these revolts is still felt today, for better or for worse.

The trade unions have historically been a strong voice among calls for change in Egypt since 2004. So strong, in fact, that Sisi’s government is now doing all it can to silence dissent, labeling any protester as a member of the Muslim Brotherhood and a terrorist threat. There were 340 cases of enforced disappearances between August and November 2015 alone. In this political climate, it is wholly understandable that Regeni feared for his safety.

Still, as Regeni’s friend Neil Pyper writes in The Guardian,

No scholar should face the risk of extrajudicial violence.

The murder of Giulio Regeni was not just the death of an Italian citizen in a foreign land. It was the brutal murder of a professional academic, a punishment killing for daring to ask critical questions facing Egyptian society today. He has suffered the same fate as hundreds of Egyptian citizens before him.