Just as you thought IDS couldn't get any worse, he goes and does this - Canary 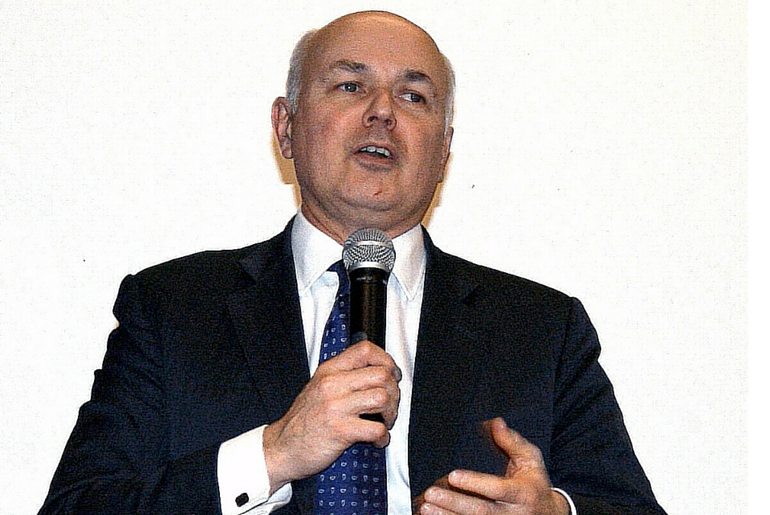 Iain Duncan Smith, the Work and Pensions Secretary, has refused to set up a free telephone number for millions of the UK’s poorest people, despite a previous pledge to do so. Those who will soon be applying for his new Universal Credit benefit will be charged for inquiries. This can be added to his long list of failures.

The Department of Work and Pensions (DWP) has overseen a number of draconian policies. These policies include:

And now, the introduction of the Universal Credit will punish those who need help by charging them for ringing to make claims under his new system.

The Universal Credit  is designed to be an all-inclusive welfare payment. It will combine jobseeker’s allowance, income support, housing benefit, child benefit, working tax, and child tax credits, making them all one payment. However, there are a number of drawbacks to this new system. One of the main problems is the costs to those applying for the benefit.

Previously, the DWP pledged free calls for “all major benefit claim lines”, as the Daily Mirror points out. But Iain Duncan Smith has refused to set up a freephone line. This means that calls can cost up to 45p per minute. If you want to apply over the phone, this can take up to 40 minutes, meaning the application could cost up to £18.

For people on the lowest income, this could be the difference between affording food or missing out, being able to travel to work or not, or being able to heat the house or not.

Despite the DWP, under Iain Duncan Smith, claiming it wants to save money, it has spent an extortionate amount of money on a cartoon character which cost £8.5 million. He was supposedly designed to promote the rights of workers to workplace pensions in TV adverts. But how far could £8.5million go towards supporting families?

Also, Iain Duncan Smith is going to spend hundreds of thousands of pounds in public money trying to overturn a recent court ruling it would cost less to implement. The ruling was that an exemption clause in the bedroom tax must be extended to all abuse victims. The appeal in the Supreme Court will go ahead, despite its likely cost to taxpayers being higher than it would be just to enact the exemption.

This shows the government’s desire to punish the poor in any way they can. The government will waste money challenging court rulings designed to protect individuals within the UK, as well as spending millions on expensive characters for TV adverts. But following through on a pledge to provide free phone lines to the poorest people seeking to make a claim? All of a sudden this government can’t do that.